Sega is making another Yakuza Kiwami, and it’s due out in 2017 in Asia, according to this store listing.

The listing for Yakuza Kiwami 2 was available on the Taiwanese PlayStation Store for a couple of hours before getting pulled.

It showed a December 7 release date for the Taiwanese – and likely also Japanese – version, seeing as Yakuza games often come out earlier in Asia. Before it was removed, the page also revealed that the game will be built on the Yakuza 6 engine. 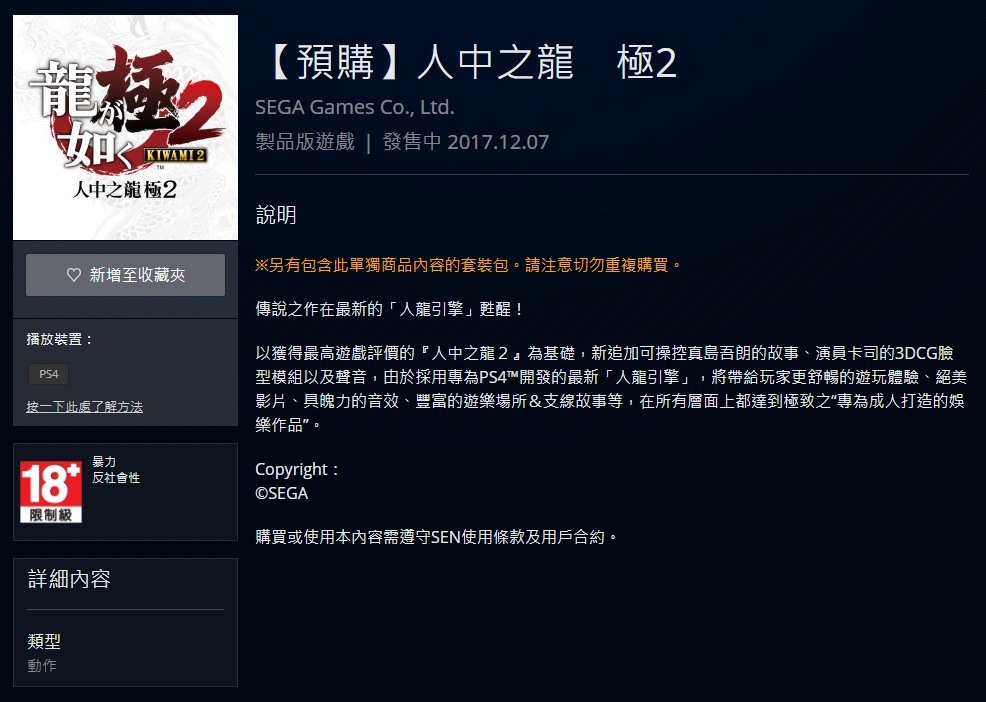 Yakuza Kiwami was a remake of the first Yakuza, so it’s not hard to imagine that Sega is planning to remake the rest of the series in the new engine. The product page mentioned that Kiwami 2 is a remake of Yakuza 2, which makes sense.

Sega is hosting a Yakuza event tomorrow (via Siliconera) where the publisher is expected to reveal several Yakuza projects.

The first Yakuza Kiwami comes out on August 29 in the West.