Destiny 2 is not as new and different as it’s been made to sound, but once you temper your expectations there’s a lot of fun to be had.

Activision flew me out to Seattle earlier this month to play Destiny 2, an occasion I didn’t expect to enjoy much in the wake of the underwhelming Destiny 2 beta. Well, friends, let me tell you: I am absolutely back on my bullshit. I played Destiny 2 every hour they allowed me and on one evening had to be escorted out of the room so it could be locked up.

Having said that, Destiny 2 has been oversold with regards to its open world exploration content. This is important, because this is where PvE players end up once they’ve completed the campaign, done their weekly raid and run out of patience for strike playlists. Exploration content needs to be weighty enough to justify returning to the environments, it needs to be varied enough to keep you coming back, and it needs to feel like more than chores.

The long list of exploration content I’m allowed to talk to you about today looks impressive as a bullet list, and contributes to the idea that Destiny 2 is absolutely bursting with fascinating exploration. But this is not entirely the case. As with D1, as Bungie itself charmingly calls it, Destiny 2 has been described in such a way as to make relatively simple material sound ever so much deeper and more mysterious than it is.

Treasure maps? These are more accurately described as region chests, their in-game name. They’re marked on your map as soon as you arrive at a destination, and even change colour when you’ve found them once and ticked them off your to-do list. You go to the point on the map and poke about in caves or on upper stories or behind plants, and then you get a bit of loot. Is it good loot? Bungie’s still tweaking the progression systems, so we can’t make a judgment call right now. In any case, it’s even more straightforward than D1’s golden chests, and amounts to some pretty repetitive collectible nonsense.

Lost sectors? Turns out these are just dead end areas of the map. Again, the entrance is marked right on your destination map, and changes colour after you’ve completed it; you can track them down in the world by spotting the symbol shown above. Each amounts to a short series of corridors and perhaps three chambers well stocked with enemies, including a shielded boss. Beat the boss and you can open the chest for some loot, which again, we can’t assess right now. Then: you leave, sometimes via a shortcut to the entrance. That’s all.

Flashpoints? Perhaps these will vary from week to week but the one we saw challenged us to go to the European Dead Zone, the only destination we can chat about right now, and complete three public events. For this, you get some loot, and once again, we can’t tell if it’s worth the effort.

So essentially these exciting new activities boil down to two sets of collectibles tracked on the map, plus a weekly bounty to do some public events. This isn’t as amazing as it all sounded when it was more vaguely communicated, is it? I felt a pang of disappointment, exactly as I did when playing D1 and realising there wasn’t anything else lurking behind the curtain. 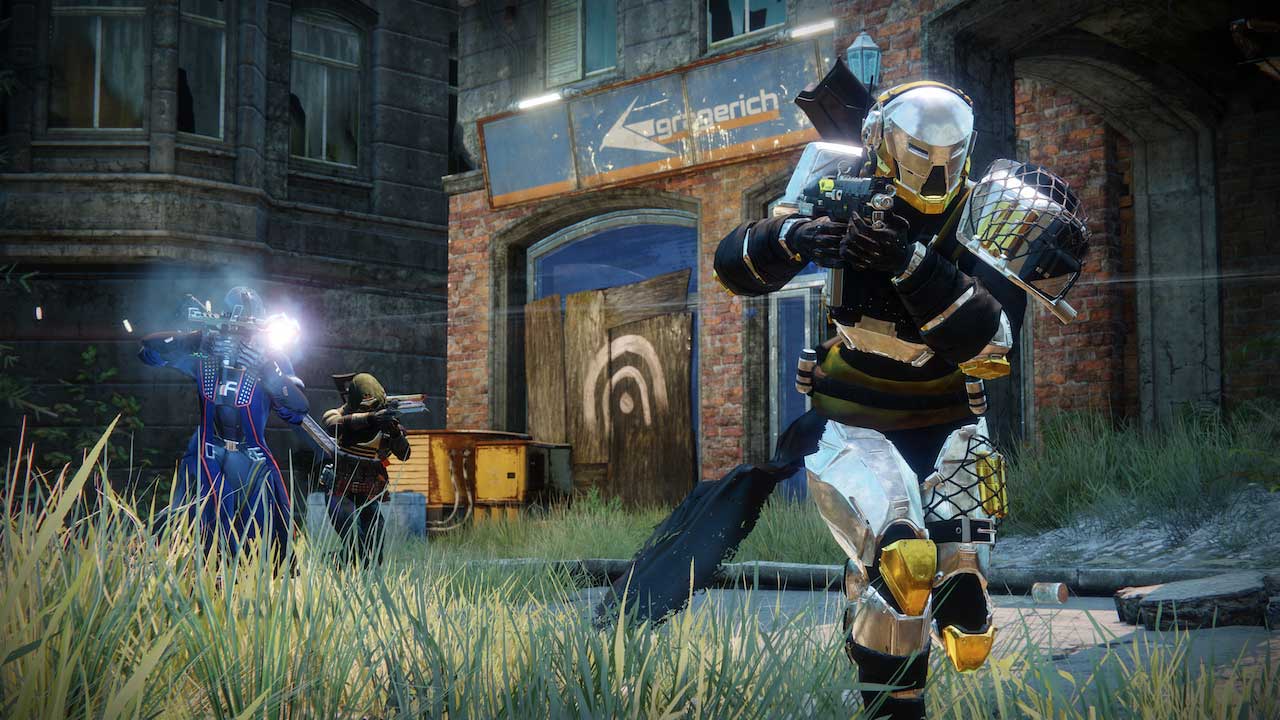 Luckily, here comes the but: I had a great time with all of this stuff regardless. The European Dead Zone is a marvellously beautiful location full of tunnels and interconnections, swarming with baddies, impressively varied from one end to the other, and constantly eventful.

Many of the lost sectors are spectacular, and would be well worth a visit even without the lure of loot at the bottom. Poking around looking for chests and lost sectors, chasing the flashpoint target or doing certain other things we can’t talk about right now (I know, I know, I’m sorry) never gets old because the EDZ is a very lively place – heck of a misnomer, there.

I mentioned public events earlier. On my EDZ adventures I saw a giant Servitor attack, and both Fallen and Cabal mining expeditions, the latter of which had some interesting mechanics and a boss fight to lift it above the familiar Ether gathering encounter from D1.

As well as being more intense and varied, even with the small selection I witnessed, public events in Destiny 2 are far less of a chore. As previously revealed, public events are marked on your map now, with timers, and you can even “rally” other players if you’re waiting for one to kick off and willing to chance a Heroic version for tougher challenges. 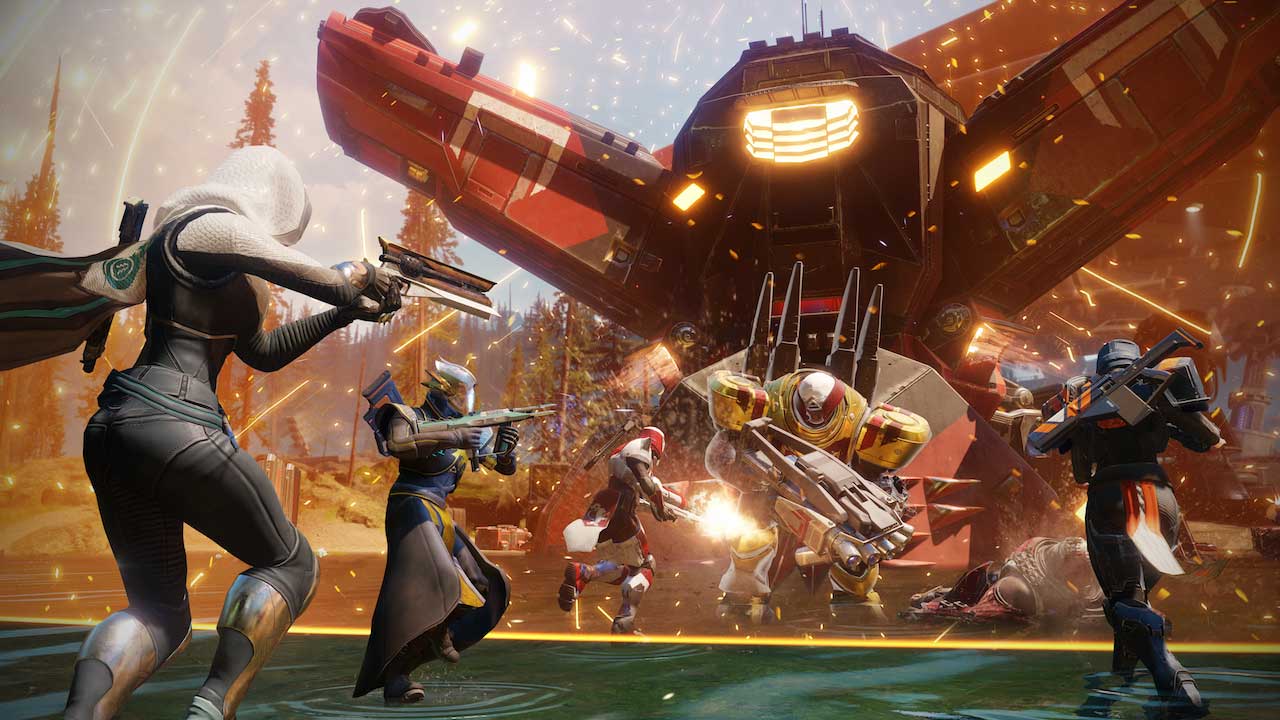 Even without these conveniences, public events are just… constantly happening. If there’s not a formal public event going on, the log will inform you that the enemy is moving, a roaming band of pikes approaches or a high value target is in the area. Sometimes you’ll get one of these random events while you’re in the middle of a public event, and as you may already be on a mission or in an instance with other players who are, things can get terrifically hectic. I loved it.

A good example is the first landing zone you unlock in EDZ. It’s right by a church which reminds me very much of the D1 Crucible map Widow’s Court, somehow transported to a much more lush and intricate environment where, incidentally, you are wearing new glasses and can really see the detail on everything (Destiny 2 is so beautiful that I cannot believe we ever thought D1 was snazzy). In the corner of the map here an almost constant war rages between Fallen and Cabal, and finding a break between high value targets, moving enemies and nearby public events so you do whatever task you’re actually pursuing can be difficult. 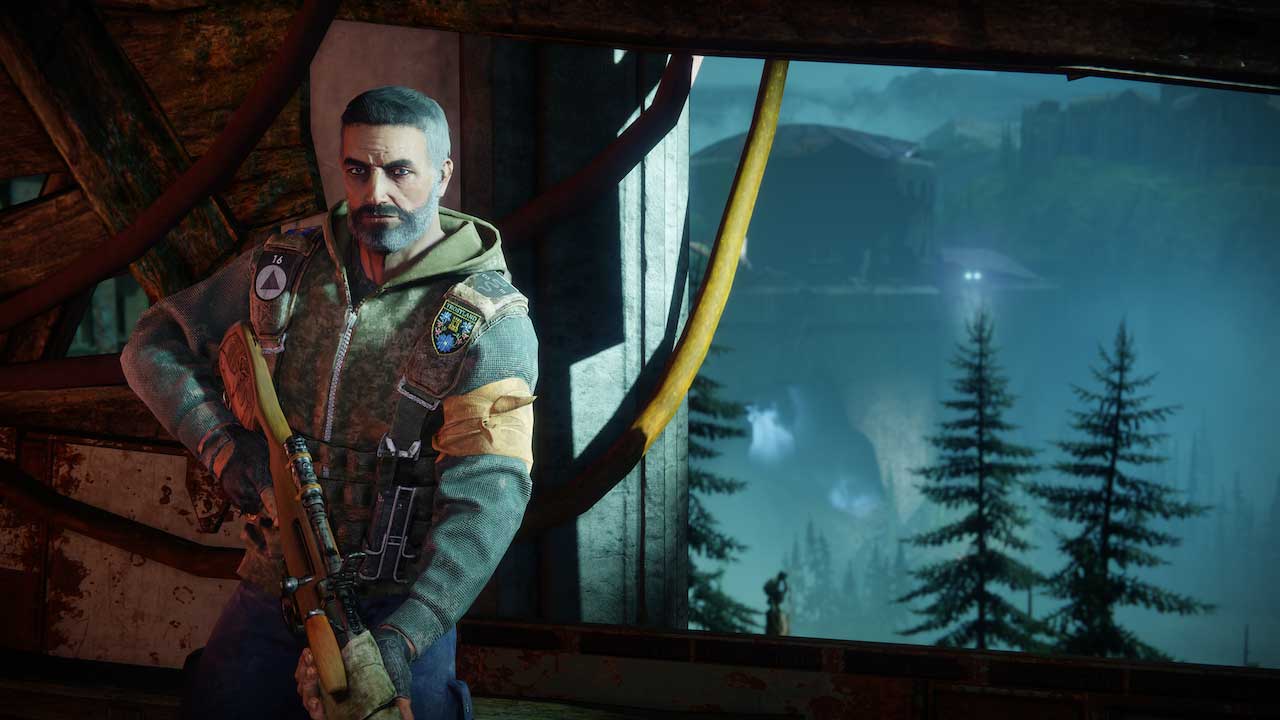 Reprieve is found inside; this is where Devrim Kay hangs out, complaining about tea, manning the radio and supposedly taking potshots at Fallen, although I never saw it happen, mate. The laidback sniper serves as the EDZ region or perhaps faction vendor, which means he’ll see you region-themed gear, accept region tokens and resources gathered from treasure chests and nodes, and offer you loot when you gain enough reputation to level up.

You’ll also gain reputation for completing public events, high value targets and adventures. Adventures are side missions – not part of the Red War campaign, but definitely proper story missions with plenty of radio chatter to keep you engaged as you explore the zone. They’ll take you all over, which is great for getting your bearings, and although progression hasn’t been finalised (sigh) general video game logic suggests that if you need to level up for some reason side missions are the way to do it. You can repeat adventures by visiting Devrim, although it seemed like you had to clear the whole chain before this opened up, so as not to disturb your precious immersion.

I can already see an ideal path for completionist players – ticking off each treasure chest and lost sector as they progress through the adventures, levelling up with the EDZ faction as they do. Along the way, the real explorers will check in with scannables, which return from The Taken King and Rise of Iron; the familiar subtle Ghost notification alerts you to something in the nearby environment which will reward you with a little snatch of dialogue, maybe including some new lore. These seem to be repeatable and are not tracked, so you’ll just have to keep your ears open – but you should be straining for the faint jingle of chests and resources anyway, a delightful touch from D1 some of my pals still maintain is just me chatting shit. 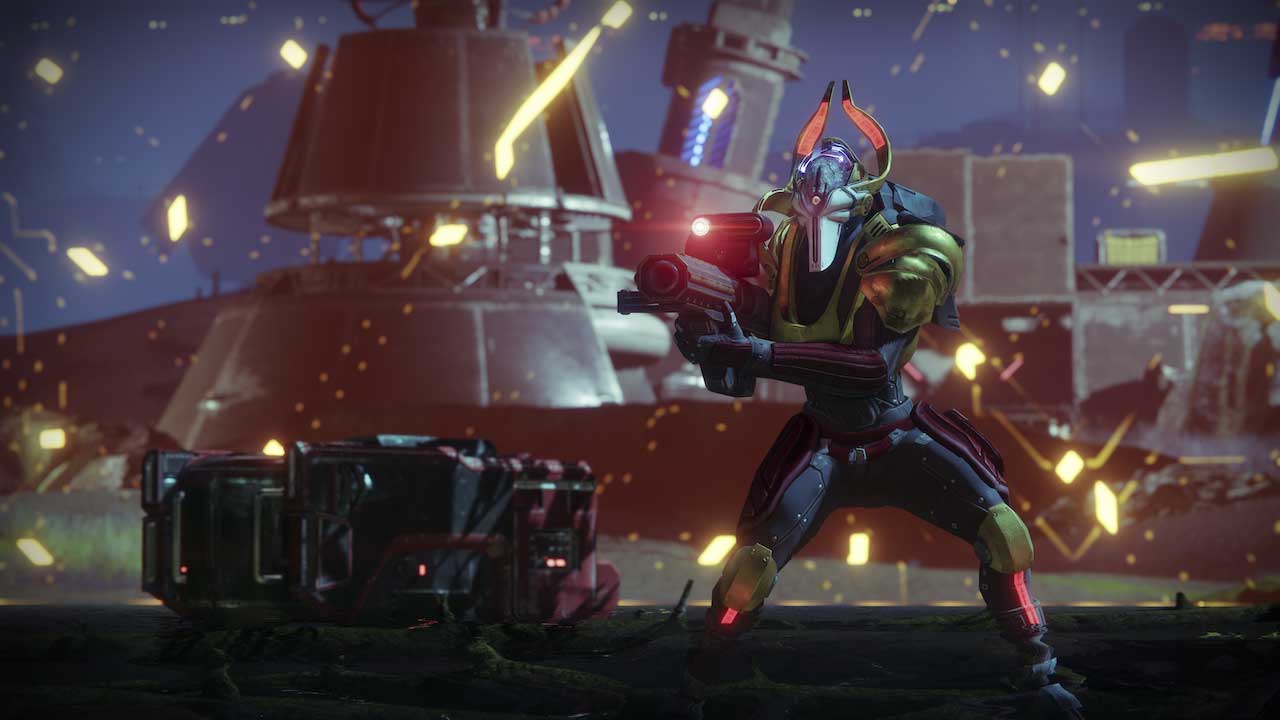 It’s so frustrating to have to talk about this stuff without knowing how progression is balanced, but I have to say that bouncing around the EDZ was a good time even without the promise of better gear. I’d probably only want to do it for a few hours at a time before jetting off somewhere else or cracking on with some other activity – story missions, strikes, PvP – and there’s no denying that you’ll run through the variety of what’s on offer pretty quickly. There is no massive departure from D1’s formula here.

Even so, the larger size of the destination; the more intricate, interconnected environmental design; Destiny’s beautiful combat; wonderful sound effects and music; and regular check ins from NPCs even as you’re just pissing about make the EDZ a much more engaging place to hang out and indulge in whatever rituals Destiny 2 requires than any area in D1 – including the Dreadnaught. Exploring a destination in Destiny 2 is much more fun than dull old Patrol mode in D1.

I suffer from open world fatigue, and I saw right through to the sausage machine of Destiny 2’s exploration content, yet I had a great time in the EDZ anyway.

How much of that is my own tragic obsession and how much is Destiny 2’s inherent value, I cannot tell you.