The desert map, one of the maps currently in the works for PlayerUnknown’s Battlegrounds, was shown off earlier today.

During a livestream by game creator Brendan “PlayerUnknown” Greene, he managed to slip in a new overhead screenshot that shows something completely different from the Erangel map currently we’re used to.

The new map does not yet have a name, and we’ve actually seen it before in two screenshots, though they were captured from a very different angle. 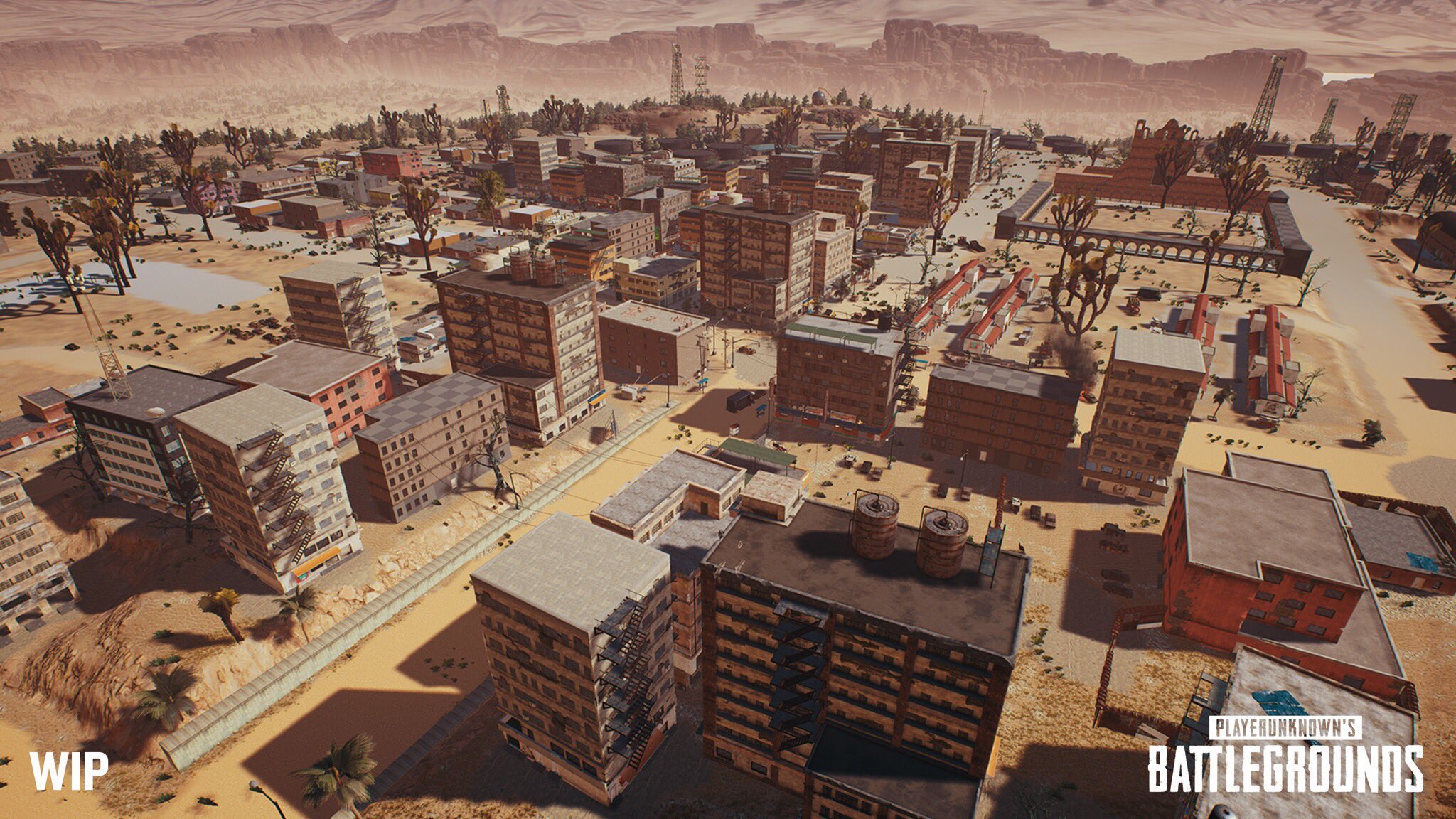 Regardless, there are plenty of details you can make out. Right off the bat, it looks very dense. Almost every building in this screenshot has multiple stories, something that’s very rare in the current map.

It’s not clear if all of them will be accessible, however, even if the fire exists suggest they could be. Greene previously said the map would be set in the deserts of Peru, and it shows. At the very least, we’d have an easier time spotting enemies.

This particular town seems much busier than Polayna and Rozhok, with long city streets and plenty of cover. It would be interesting to see if this same scene will be repeated elsewhere on the map, or if this the only metropolitan area.

Last we heard, the desert map was eight-nine months out, so we’ll be waiting a while yet for it.