If you digitally pre-ordered Destiny 2 on Xbox One, you are now able to pre-load the game.

Those who pre-ordered the digital version of Destiny 2 on Xbox One through the store were able to start pre-loading the game on August 21. Sorry if we missed that bit for you what with the gamescom 2017 madness.

Pre-loads will be made available for PlayStation 4 users on August 31, again, if they pre-ordered the digital version off the store.

It should be an automatic download if the setting is enabled on the console. Some users have reported a 98MB file was downloaded. This needs to be deleted and reinstalled as it’s only supposed to be a 29GB file.

Bungie also said a Day One update will be made available closer to the release of Destiny 2, which arrives on consoles September 6.

Before the console release though, a PC beta will kick off next week.  So, if you have yet to download the Blizzard App or create an account, now’s the time. 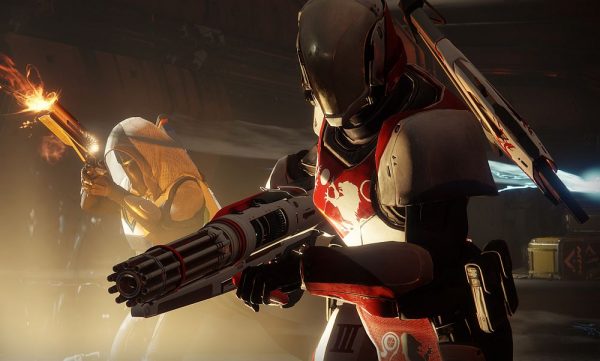 Those who pre-ordered can jump in on August 28 before it goes open on August 29. It’s slated to end for both groups on August 31, but it could be extended. We’ll have to wait and see.

Destiny 2 will be available for PC on October 24 and as previously reported, features an uncapped framerate and is playable in 4K. This was recently reiterated by Bungie in the PC beta trailer released last week.

The game was announced on March 30 and its console release is now only two weeks away. Crikey. Time really does fly.

It releases on PC October 24.