Is there any hope of salvaging Blizzard’s sortie into Deathmatch territory?


I would be very surprised if Deathmatch ever made it out of the Public Test Realm. The game mode many thought Blizzard would never create is as problematic as expected.

Simply put, Overwatch wasn’t ever designed to cater for this type of play: quite the opposite. To try to shoehorn all Heroes into this environment not only renders the vast majority of them obsolete, but it also fails to adequately take into consideration ‘time to kill’ speeds.

The reason why the likes of Quake and Unreal Tournament worked for so many years wasn’t just because they were twitch-based shooters, but because it was a largely level playing field where accuracy and positioning was king. To succeed required you to be better than your opponent at those two things. Helped enormously by the near instagib style of gameplay, fights in both titles were frantic, fast paced and often nerve wracking: one wrong move would see you instantly killed. Unfortunately for Overwatch, while there are glimmers of hope in this new mode, it remains Deathmatch 101, without much of the excitement its forebearers offered.

“The rock, paper, scissors approach to Hero design that Overwatch embraces doesn’t ever create the sort of level playing field you’d want from a Deathmatch experience.”

Considering Overwatch is specifically designed to have Heroes excel in certain roles or situations, it’s not surprising to find that Deathmatch makes many of them redundant. Where the likes of Reaper, Tracer or Pharah can excel thanks to kits that offer high doses of damage, mobility and utility, everyone on the fringes of the Offense classification, with the exception of a handful of Heroes, largely serve no purpose. 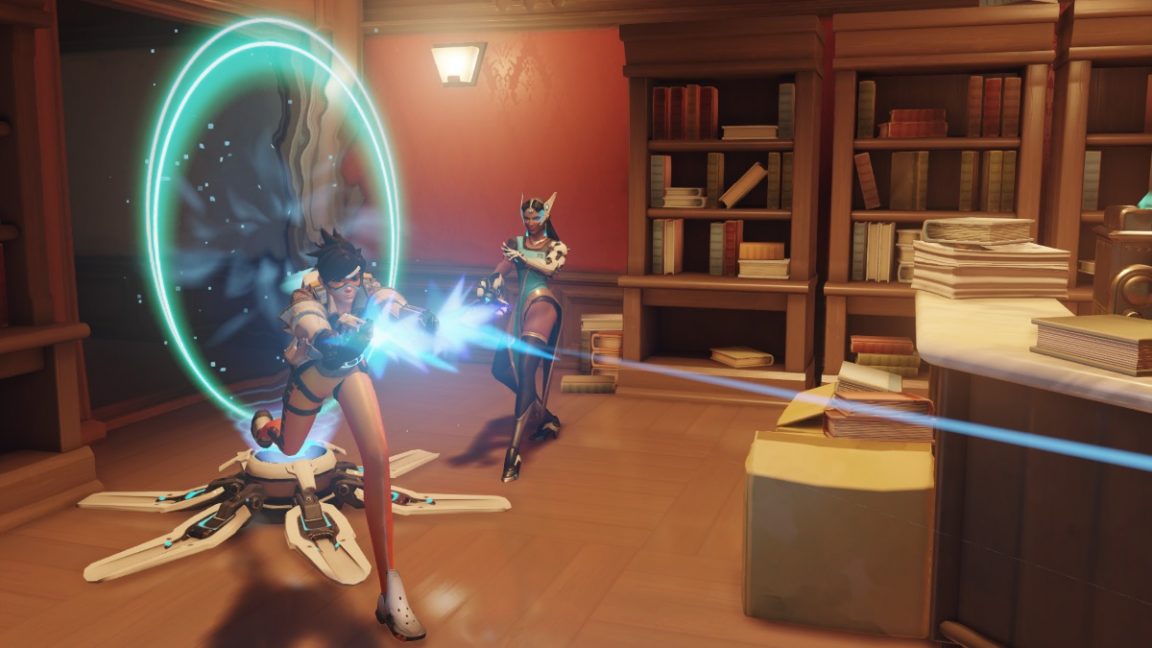 The likes of Lucio, Mercy or Reinhardt become little more than punching bags, while Heroes already having a hard time within the meta, such as Torbjorn and Bastion, are still fairly terrible here. A wide variety of kits aren’t designed to be played in this manner, and it begs the question as to why Blizzard would go to such lengths to design a game mode where swathes of their roster are left on the sidelines.

The nature of Deathmatch in Overwatch revolves around securing last hits, but in such a free-for-all game mode having kills stolen due to the high survivability of Heroes is often exhausting. Where a battle between Mei and Roadhog can last a lifetime (such is the nature of their kits), it’s undeniably frustrating to miss out on a kill due to a third party roaming past at the last second. Having kills taken from under your nose can quickly see you fall from the top of the table, and while I appreciate that’s often the nature of any Deathmatch game mode, it’s an issue that’s exacerbated here due to the time it takes to kill someone.

Bringing down any opponent in Overwatch 1 on 1 is much more than simply dealing damage, as you have to take into consideration your opponents skills and use of your own (as opposed to simply shooting one another). Duels in Deathmatch can be incredibly exciting, especially if you and your opponent find yourself undisturbed in a secluded part of the map: such moments are rare in competitive play, so they’re more than welcome here. Sadly, the rock, paper, scissors approach to Hero design that Overwatch embraces doesn’t ever create the sort of level playing field you’d want from a Deathmatch experience. Even if there are flashes of the brilliance underneath the grubby exterior, there’s a wider discussion to be had about the purpose of even implementing this form of Deathmatch. 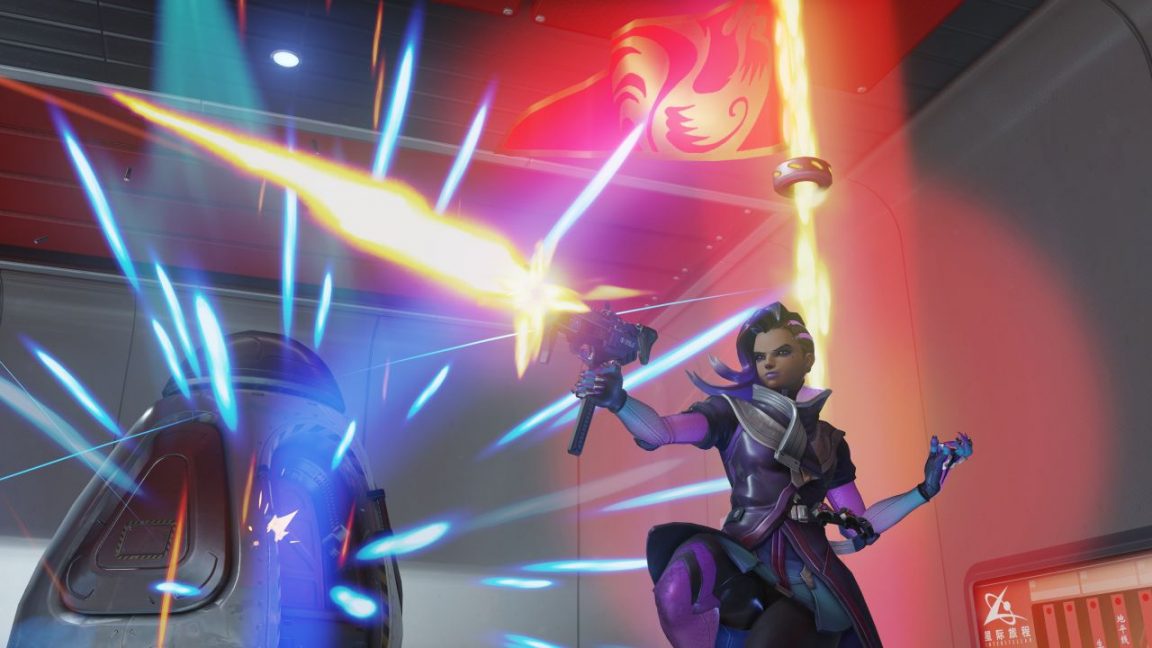 Where Lucioball acknowledged the fact everyone playing a single Hero was a damn sight more fun than having the full roster in play, Deathmatch should have done the same thing. Soldier: 76 has a kit that’s ripe for it, and one that’s undeniably reminiscent of a traditional first person shooter. Not only would restricting players to Soldier: 76 have created a level playing field, but it would have provided much greater scope for Blizzard to experiment. If necessary – and if I can digress – why couldn’t they have made it so there were certain “power-ups” that players could collect that would provide a variety of temporary boosts (such as bonus damage, movement speed, jump height, shielding). This would have diversified play, created locations to fight over (such as the famed Quad Damage), and provided a layer of tactical nuance that’s sorely lacking.

Despite these issues (I’m well aware I’m doing a lot of moaning), Team Deathmatch has all the potential that I hoped for. Overwatch is at its best when it’s encouraging players to work together, and while it’s fair to say much of the community seemingly missed that memo, Team Deathmatch will undoubtedly prosper. 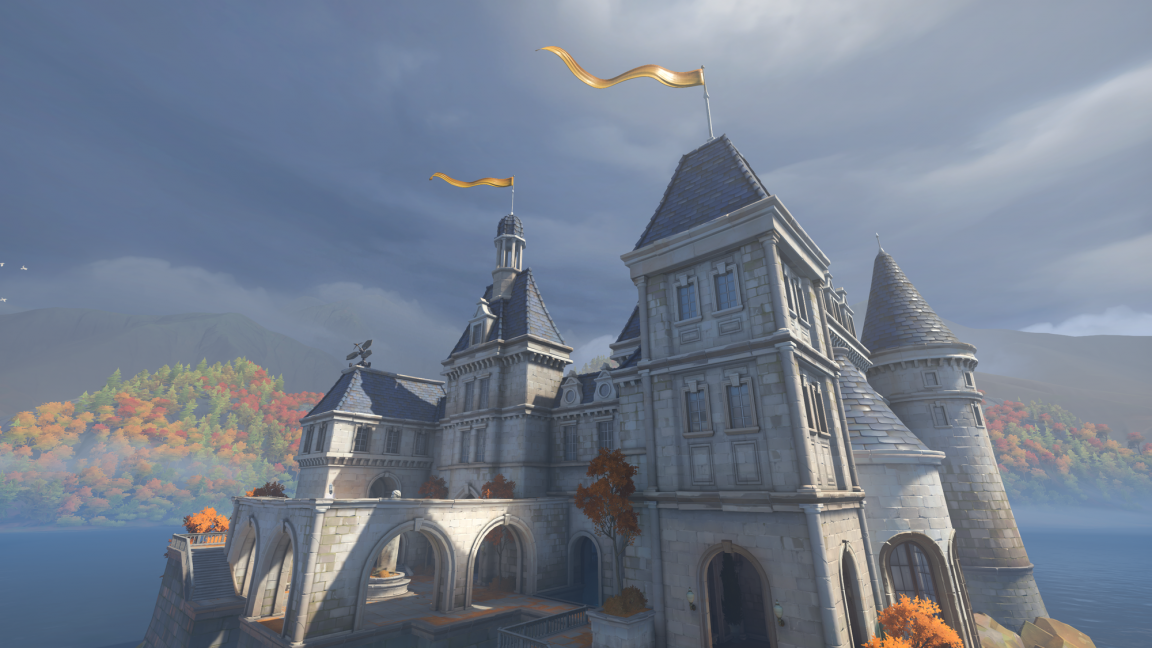 Not only does Team Deathmatch encourage a diverse team-lineup (just about any Hero can succeed here), but there’s a totally different set of tactics needed. On the newest map, Château Guillard, there’s a fantastic mix of close-quarter play and outdoor opportunities. It works well for any composition because each side can choose to play to their strengths. Bunkering down with Heroes such as Junkrat and Bastion, or roaming as Roadhog and Pharah to make use of the surrounding water, is absolutely viable. It makes the game mode particularly attractive, especially as a player who tends to enjoy Heroes that aren’t held in high regard.

If Blizzard is to make anything of its sortie into Deathmatch territory, it’s going to need to put serious time and effort into it. In the grand scheme of things, I’m not entirely convinced that’s worthwhile and I can’t help but think that resources spent building out Team Deathmatch instead, with a greater array of Team Deathmatch orientated maps, could result in an exciting alternative to what we already have. As it stands however, Deathmatch is an entirely forgetful experience devoid of any balance or depth; and that’s something no one wants to put their name to.