First-person-only servers have been available for long enough now in PlayerUnknown’s Battlegrounds that I managed to play Solo, Duos, and the recently added Squads.

Since PUBG released, I couldn’t wait for there to be a first-person-only mode. Having now played a lot of it, a few things stood out to me once the initial excitement wore off.

When developers first announced their intentions to add a locked first-person perspective (FPP) mode, arguments about which is the best way to play flooded the internet. The trouble was, at the time, most of those defending FPP had never actually played it. Instead, everyone was talking from experience with other tactical shooters played exclusively in first-person.

If there’s one thing they got right, though, it’s that first-person is an infinitely more intense experience. The simple reason for this is that the perspective doesn’t provide you with enough information about your surroundings. More accurately, it only lets you see what you’re willing to go out and see. If you want intel on what’s beyond a ridge, you’ll have to pop your head out. The same goes for checking corners and pretty much every encounter you can think of.

In any given firefight, there’s a constant push and pull of when you peek and from which angle. You don’t want to expose too much for too long, but you need to see something before you can make a decision. A locked perspective for everyone means you generally have a good idea of what your opponent can and can’t see.

In no way was this better illustrated than in my first skirmish in a building with long hallways. Think the School, or the dorms at Military. In regular mode, your enemy could be in any of the rooms ahead, completely safe from detection. At the same time, they may be looking directly at you, watching your every move and you’d be none the wiser. In those situations, the camper rarely loses, for obvious reasons.

In first-person, the same camper will need to peek out the side of the doorway to see you, meaning there’s potential for you to spot them, which means they won’t be able to peek for long if they want to be stealthy. Encounters like these are now much more manageable.

At the same time, tactics that relied on third-person peeking no longer work. This may seem obvious, but you won’t quite see it until you realise that a lot of what you learned playing third-person won’t help you here.

Hiding in a shack, for instance, is nowhere near as valid of a tactic in first-person. There’s no way for those inside to see every angle around them, whereas the opposite is true for their opponents.

This all sounds fair, but the truth is that the same reasons that make first-person a fairer experience are also what could turn it into the most frustrating. See, even though third-person gives you a tonne of intel for almost no risk, people often forget third-person peeking is available to everyone. So while yes, it’s annoying to have hallway fights in third-person, it makes engagements in the open more survivable.

If you get shot at in an open field, there’s a better chance you’ll see your target quicker in third-person compared to first-person. When you run for cover, you can still use the same “broken” third-person peeking to keep tabs on their moves. In first-person, getting shot at in the open is terrifying. Remember, your field-of-view here is limited, so you can’t look behind you, for one.

Assuming the shooter is within your field of vision and you do manage to spot them in time and run for cover, they likely have already tagged you a couple of times. When you collect yourself and start firing back, you’ll still need to expose part of your body to see them and shoot. Seeing as they initiated the engagement, there’s a good chance they’ll have the upper hand the next time you peek, if they haven’t already moved to a better position.

In Solo games, this can make you feel helpless like nothing else in PUBG. If you get suppressed by an enemy you don’t see, you’re practically done for. Even if you know their general direction, they’ll continue to have a bead on you. The only way to stop this is to shoot back and force them into cover, but that’s easier said than done in a game where the number one question is “where am I being shot from?”

That’s not even getting into how finicky PUBG feels if you get too close to a railing or a window. If the window is aligned correctly (rarely) and you manage to line up a shot, moving a touch closer to the window forces your weapon to point upwards and you’ll need to move back if you want to continue firing.

This obviously happens in third-person, too, but it’s more aggravating here because you’re locked into the perspective, so the distance is harder to judge. And let’s not talk about the head-glitching spots, or the very low camera that makes you feel like a short person.

The thing that shocked me the most was that I encountered a lot more campers in first-person. The age-old rule that third-person encourages camping because your opponent won’t need to risk anything to get intel rings hollow in a game where you die in two-three shots.

In open-ground engagements – the majority of fights in my experience – players are more likely to be aggressive when they know they can rely on the advantages third-person provides. In first-person, both players will be afraid to do the same because there’s a lot of uncertainty that comes from pushing enemies with a locked perspective. 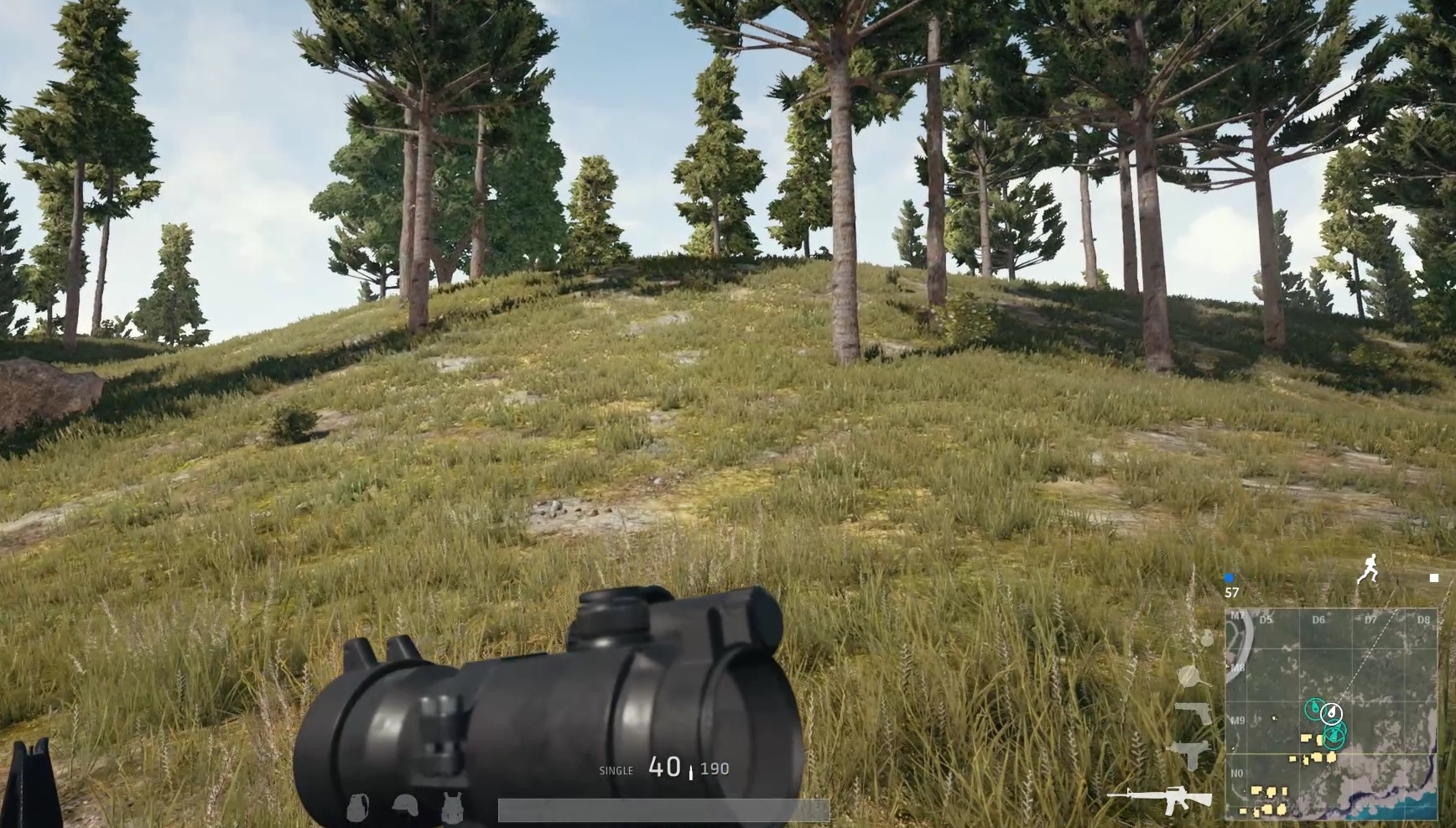 Life suddenly becomes a lot more precious when your options to defend yourself become limited, so it ends up having the reverse effect: making players extremely cautions, thus more prone to camping.

Sure, I may no longer have to deal with a particular style of hallway camping in first-person, but I’ve been killed as many times by a new kind of camper: the sort who sit in your blind spot waiting, and waiting until you step foot in the door. Not much you can do there, unless you really have superior reflexes.

Don’t get me wrong, I still very much enjoy first-person and it’ll likely be the only way I play PUBG for some time to come, but let’s not pretend that the game is remotely ready for the mode. It was designed as a third-person game, and it shows.

To somehow ignore all of this in pursuit of a single, pure form of play is not just misguided, it’s disingenuous. “Third-person is for babies” and similar sentiments only serve to highlight how dividing the split is right now, not how superior first-person is.