It’s nice to have a high-powered scope and a silencer on your weapon in any first-person shooter, but having both in PlayerUnknown’s Battlegrounds borders on power fantasy.

Silencers in particular are the favourites of campers, and stealthy players who like to run and gun without appearing on the minimap. There’s always been a direct correlation between not wanting to show up on that all-seeing box in the corner of the screen and one’s decision to attach a suppressor to their gun.

It’s a sacrifice you choose to make, too, because there are often other attachments you can instead equip on the same end of the gun where the suppressor sits. But no matter the game, when your desire to stay off the minimap is stronger than anything else, you will pick it.

I remember the vociferous discussions in the Battlefield community prior to the launch of Battlefield 3 when DICE decided, for the first time in the series, that suppressors would prevent you from showing up on the minimap. It ended up not being a massive deal, since the series’ trademark 3D spotting continued to work just fine.

“Nothing comes close to the special kind of power only suppressors grant: the power of being untouchable. It’s the closest thing to a power fantasy you can get in a game like PUBG.”

But in all my years of playing multiplayer shooters, as big in scale as Battlefield and as small and intimate as Insurgency, I have never felt the same kind of power I get when I fire a suppressed weapon in PlayerUnknown’s Battlegrounds. Having both a suppressor and a high-powered scope may as well be the equivalent of picking up Quad Damage with a full arsenal in the 2016 Doom.

Being among the top five left in a round is a rush, and so is taking out an entire squad that just downed the rest of your team, but nothing comes close to the special kind of power only suppressors can grant: the power of being untouchable.

It’s the closest thing to a power fantasy you can get in a game like PUBG. 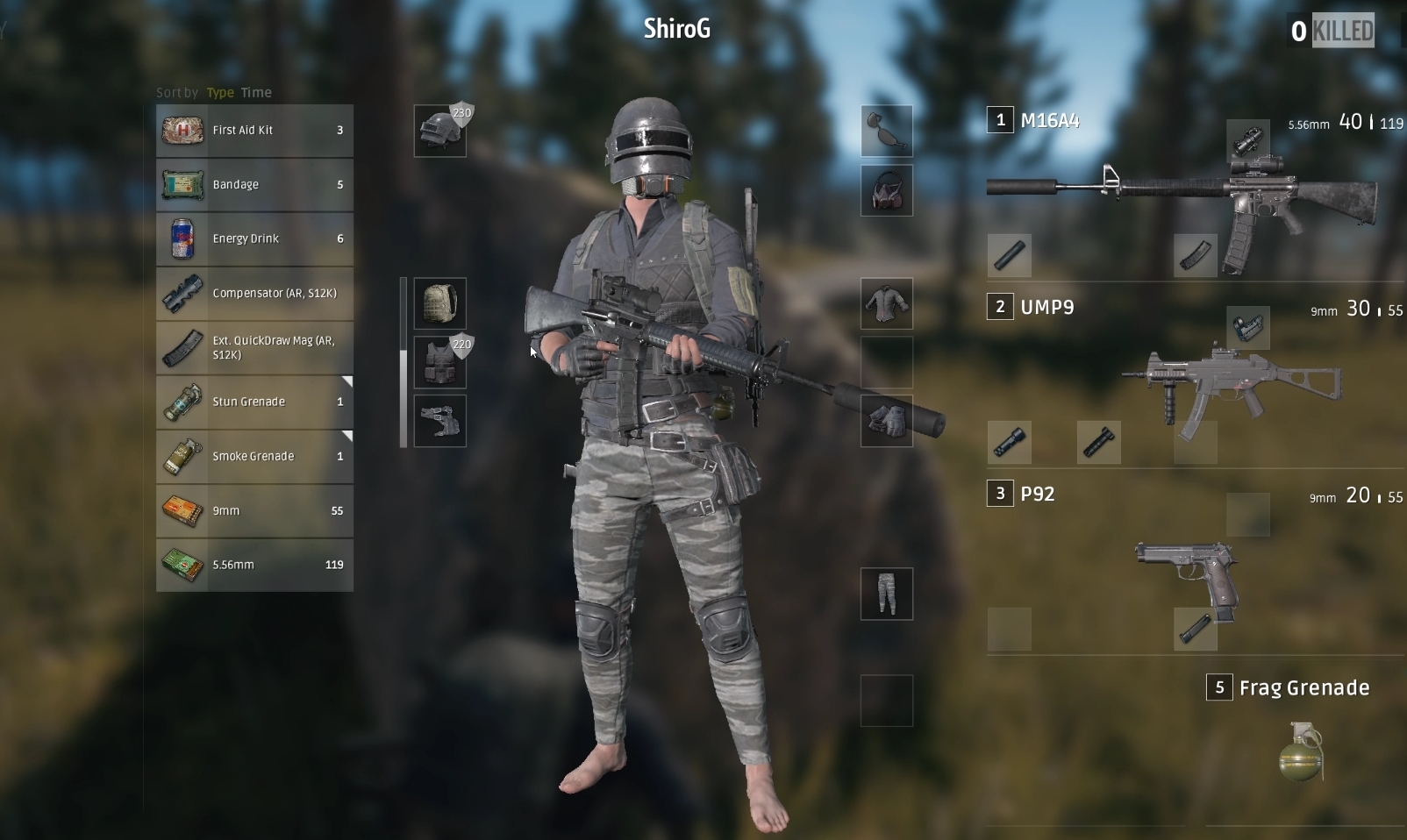 Suppressors in PUBG don’t hide you off the mini-map, of course, but their benefit is far greater. In essence, a suppressor takes away a player’s only way of identifying the location of their enemy. If you can’t see the shooter, sound is your only clue as to their approximate whereabouts.

Because suppressors muffle weapon sounds, your target will naturally have a much harder time locating you than they would if you had an unsuppressed weapon. There’s no hit indicator in PUBG, and it’s hard enough trying to figure out the location of a loud distant shooter, let alone one with a suppressor.

If you manage to spot them, it’ll be in situations where they’re close or aren’t hiding behind cover. There’s a realisation that slowly fills you with dread every time you take a hit from a suppressed weapon as you continue to fail at spotting the shooter. The next shot could be it, and you’d fight back if you could help it, but you can’t. You know deep down that you’re screwed, and you could practically see your end.

Not counting close-quarters, I have never fired a suppressed weapon at an enemy and had them return fire. They’re always rattled, likely frustrated, and I am just filled with glee as I continue to send lead down range, obliterating them from a distance without a care in the world.

I don’t need to tell you how devastating the combo of a suppressor and an 8x scope or higher can be on a sniper rifle. There’s more room for you to miss, but when you do hit, it’s game over for your opponent. Some will go prone thinking they broke line of sight, when in fact you can still see their entire body. Others will keep switching cover, somehow always ending up on the wrong side of it. 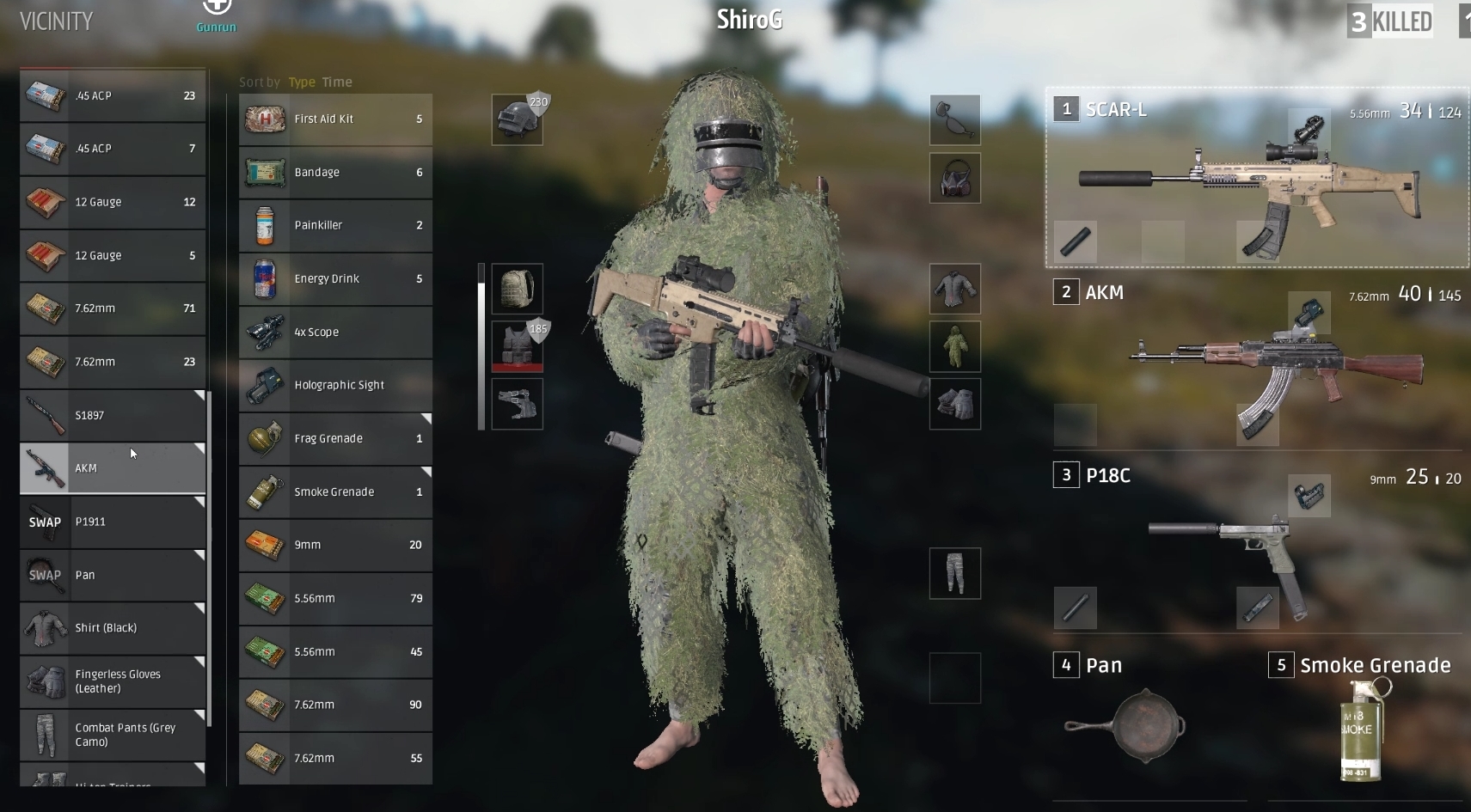 I always felt like the biggest snob whenever my target would go prone, because I knew then and there that they practically handed me the kill. Even if you’re not missing shots, a regular assault rifle with a suppressor will do more damage than a loud AWM or M24, just because of how much longer it would them take to detect you.

Engagement distances in PUBG are often in the mid-to-long range, and many players still struggle with identifying enemies from the background. To have the power of a magnified scope is a leg up any day, to have this and the stealth the suppressor provides is sublime.

When I play with my regular squad, we always make it a point to shut down anyone with a suppressed weapon. If we hear suppressed shots being fired at someone else as we’re coming over a ridge, we hunt down the shooter and take their suppressor so we can feel like gods for the next few minutes.

My enthusiasm for suppressors is matched by the frustration and rage I feel when I get shot by them, and it’s no doubt how many feel about them. But damn if they aren’t the single most powerful piece of loot in the game.