Hitman’s first season is winding down but there’s still plenty to do in IO Interactive’s thriving assassination sandboxs.

Hitman players can look forward to a stack of new challenges this month.

The first drop is scheduled for August 11, when the sixth challenge pack will arrive. Called The Art of Revenge, it includes five new challenges for Hokkaido which will as usual award higher location mastery than regular challenges – so it’s a great way to mop up those last few mastery unlocks. Complete all five challenges and you’ll score a unique item, which IO has promsied to reveal next week.

If you’d rather just plough on with missions, August 11 will also deliver a new batch of featured contracts. There’ll be ten to choose from, but later in August you’ll get a stack more thanks to the first ever player-curated featured contracts release. Brazilian Hitman streamer Mendietinha will choose the new selection and share his thoughts on them.

Sadly, there’s no game update this month – but IO Interactive said it’s busily working on furture Hitman updates so hopefully you won’t have long to wait.

As for what’s next, IO said September will see a similar schedule – featured contracts and a challenge pack – as the developer enjoys “relative calm” so it can “prepare for some exciting announcements”. That must mean Hitman Season 2, yeah?

Here’s a helpful summary image of August happenings from the Hitman blog: 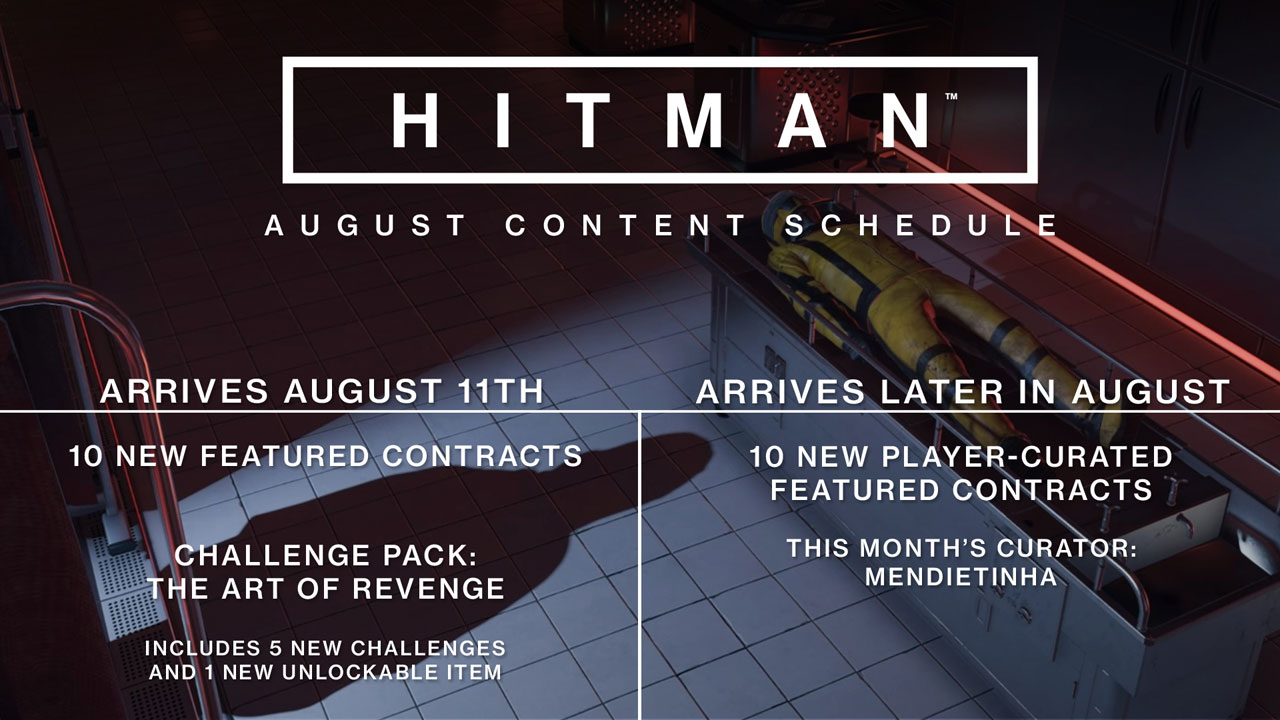 Are you still playing Hitman?