Keeping up with the Joneses in the grind ruined Destiny for me, and I had played it with near religious fervour at release. But like so many others who dived in during those early days, within a few months, it was all over for me.

I was lucky enough to have experienced Destiny at its best, with a tight-knit group of friends who played together regularly. But then a few core members of my fireteam had quit out of the loot cycle in disgust and I missed House of Wolves to lead our Witcher 3 guide. Before I knew it I was behind – under-levelled, under-geared, under-experienced and staring at an empty friends list.

I never really caught up, only just squeezing in a Skolas win before the Age of Triumph window closed, and missing The Taken King’s release due to [static glitch]. I was onboard when Rise of Iron came out, but by that stage I was so cowed by failing to reach The Taken King’s endgame that I found it harder and harder to LFG, even with the absolutely wonderful groups I met through The100 (shout out to Alpha Company 207).

The contrast in experience between being a hardcore endgame player and a solo, or at best tag-along, was too much for me. I felt like a filthy casual, which is what you get called in Destiny if you have 600 hours under your belt rather than 2,000. (I wish I were joking about that.) I stopped wanting to play except when new content dropped, and rarely completed it when it did.

For players who never found a solid group to play with, this later, less delightful Destiny adventure has been the sum total of their experience: always feeling left out of the “real” Destiny. 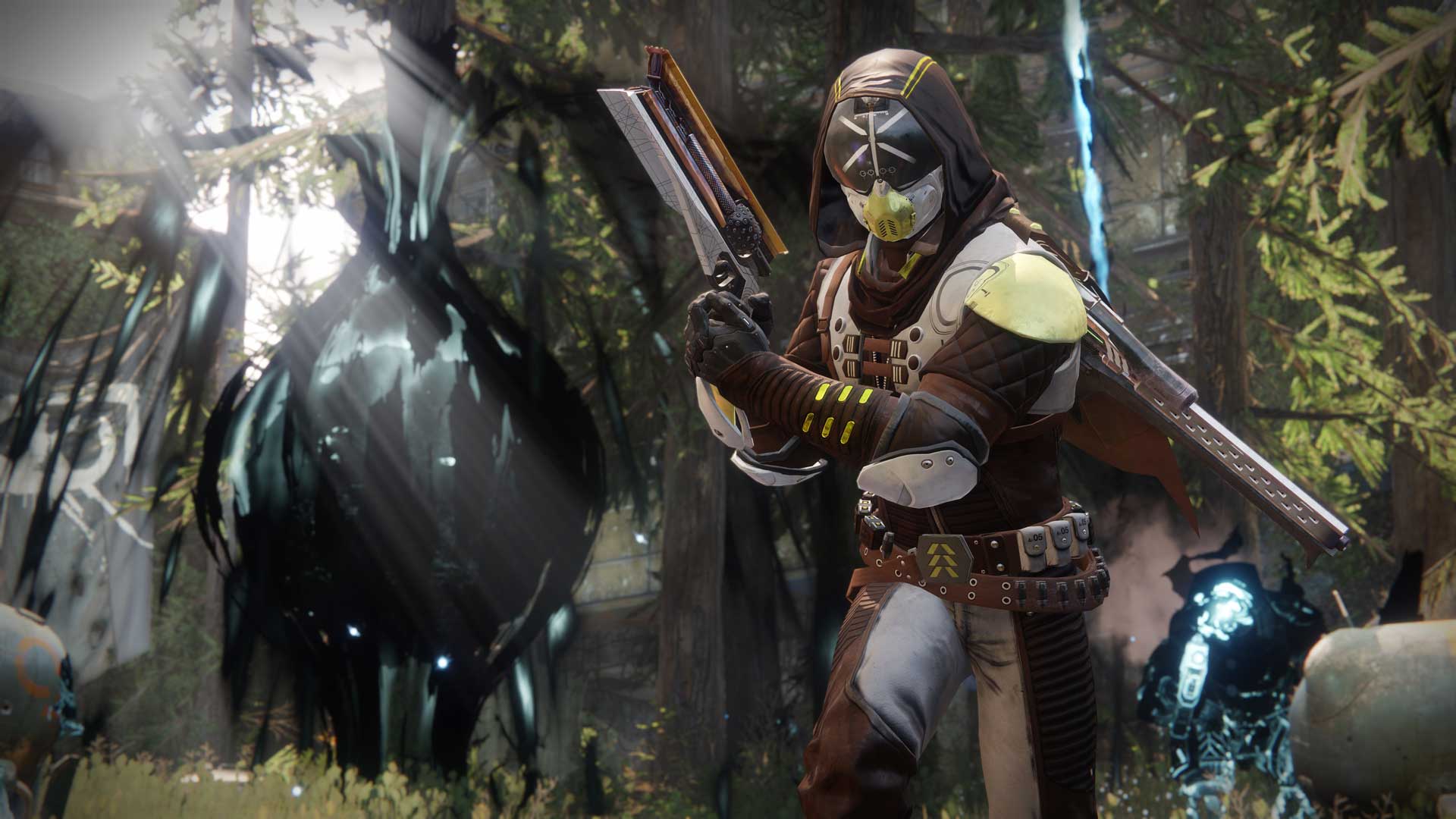 Why does this divide exist? Probably because Destiny struggles with the same content problem most modern MMOs have, where players tear through new material and then abandon the game in droves – unless there’s something to bring them back regularly.

Events are one way to tackle this phenomenon, but another one is to just fill the game with busywork – small daily and weekly tasks, routines and cycles that slowly add up to having All The Things. Once this cycle is established, hooked players don’t need new content to keep coming back; they just need new Things to slot into the existing rituals.

At that point, the game becomes not a pastime but a lifestyle, and a divide opens between those who have hours to spend every day, and those who don’t. It’s a gap that only gets harder to close the longer you leave it open, which ends up as a major disincentive to jump back in and make the push to reach a level where you can comfortably enjoy raids and other endgame activities.

Endgame is where most of Destiny’s best gameplay is – the action that makes all the loot grinding worthwhile, excuses the shoddy storytelling, and can keep players coming back again and again even without the rituals and routines. Bungie naturally wants everyone to experience those golden moments, but it faces a real problem: the very systems that keep the hardcore players in front of their tellies throw up a barrier to endgame to those without a solid social group – or with less time to devote to one game. 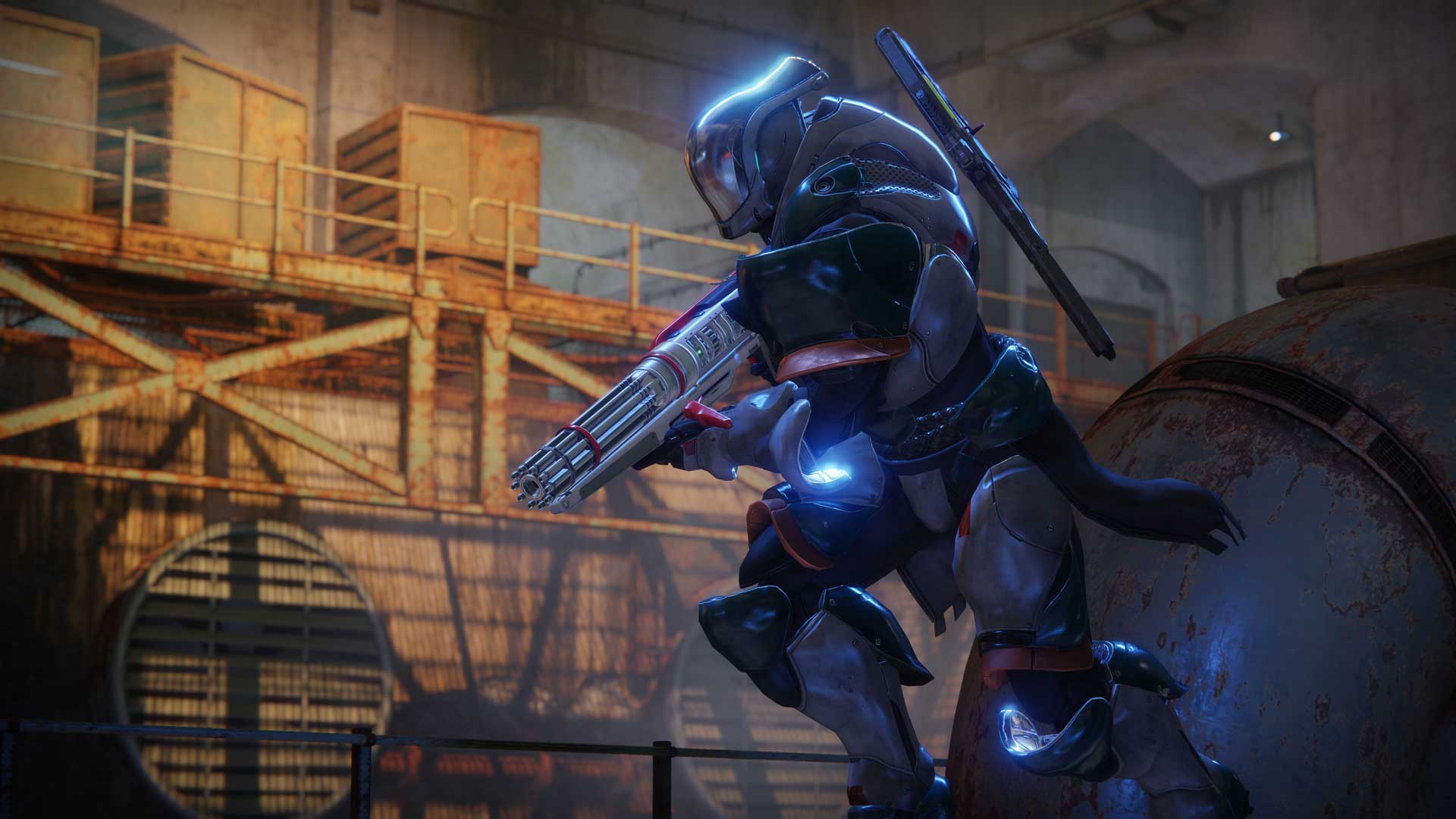 So what’s the solution? If you’d asked me a few months ago I would have said there isn’t one and doesn’t need to be – Destiny is for the hardcore only. I dropped the game cold turkey shortly after Rise of Iron released, when my last remaining Destiny social circle collapsed, and didn’t touch it for months. I was done.

But I recently returned to playing semi-regularly, and warmed up again to all the things I do love about Destiny – the snappy gunplay, the sublime co-op balance, the feeling of always growing stronger. Playing with some different friends who didn’t have expectations about endgame – one was brand new, and two each have about 60 hours under their belts – also really helped. It reminded me that Destiny is fun at all levels; even playing around in really early content, I was able to make progress in various ways and even earn level-appropriate rewards sometimes. 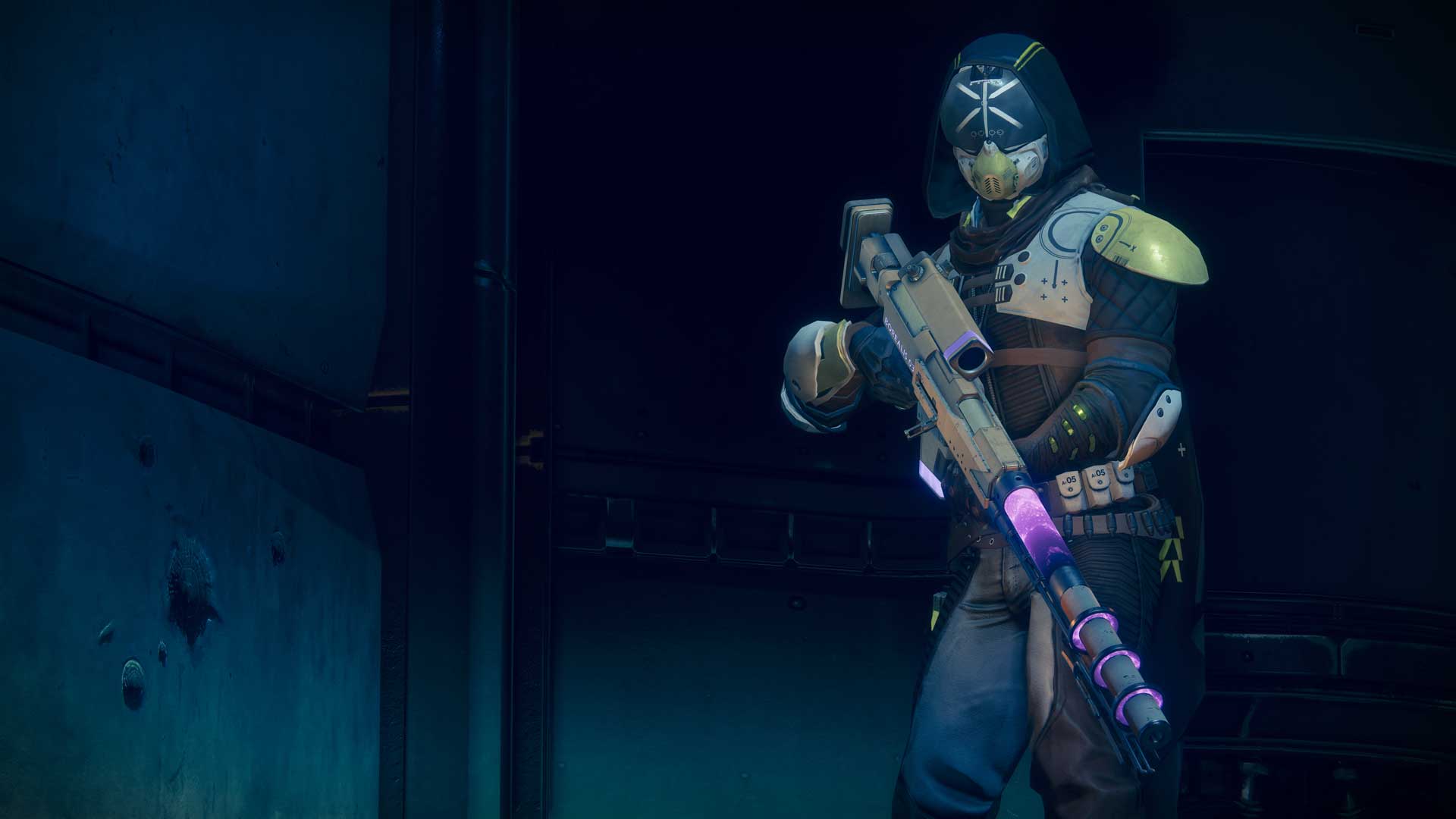 Sometimes I think about Destiny 2 releasing in September and I feel dread. I worry about how I’m going to rearrange my new, extravagantly busy life to fit in the hours I’ll need to put in to keep up with the Joneses. I wonder who will even be my Joneses now that I’ve fallen off the face of the earth and lost touch with my old hardcore friends.

But then I think about how much fun it is to play Destiny more casually, if I can allow myself to. Destiny really does cater to both kinds of player, and all levels of interaction in between, if we can just bring ourselves to let go of our own hang ups and expectations about how we “should” be playing a game and just – play the game.

I also remember all the very good, positive experiences I’ve had in Destiny, both helping others and being helped myself, and the genuine warmth and welcome I’ve received from total strangers in this carefully nurtured community (opt-in voice chat changes everything, as Nintendo knows so well).

Being a solo player and having an experienced group of endgame players who already know each other bring you in, teach you and appreciate your contribution is the very best LFG experience – and that’s exactly what Destiny 2’s Guided Games feature seems designed to bring into the game itself.

The idea of Guided Games is that an established fireteam, coalescing via Destiny 2’s in-game clan tools, reaches out to a queue of solos, in the knowledge that those queueing may be total rookies. It’s not full raid matchmaking, because six under-equipped, randomly matched strangers who don’t know what they’re doing remains one of the worst possible Destiny experiences you can have – and that’s no doubt why Guided Games doesn’t extend to Hard Mode challenges.

Instead, it’s a bridge extended from the hardcore endgame crew to more casual players who want to see that scene, and maybe make the transition to hardcore themselves if they make friends – a bridge that already exists through third-party tools, but needs to come in-game if it’s ever going to be something every Destiny player can be expected to consider trying.

If a solo or casual player likes the experience, they might consider joining the clan who hosted them and making it a regular thing, eventually forming groups without queueing for Guided Games matchmaking. A regular group of players, using clan comms, can get organised for even tougher challenges. 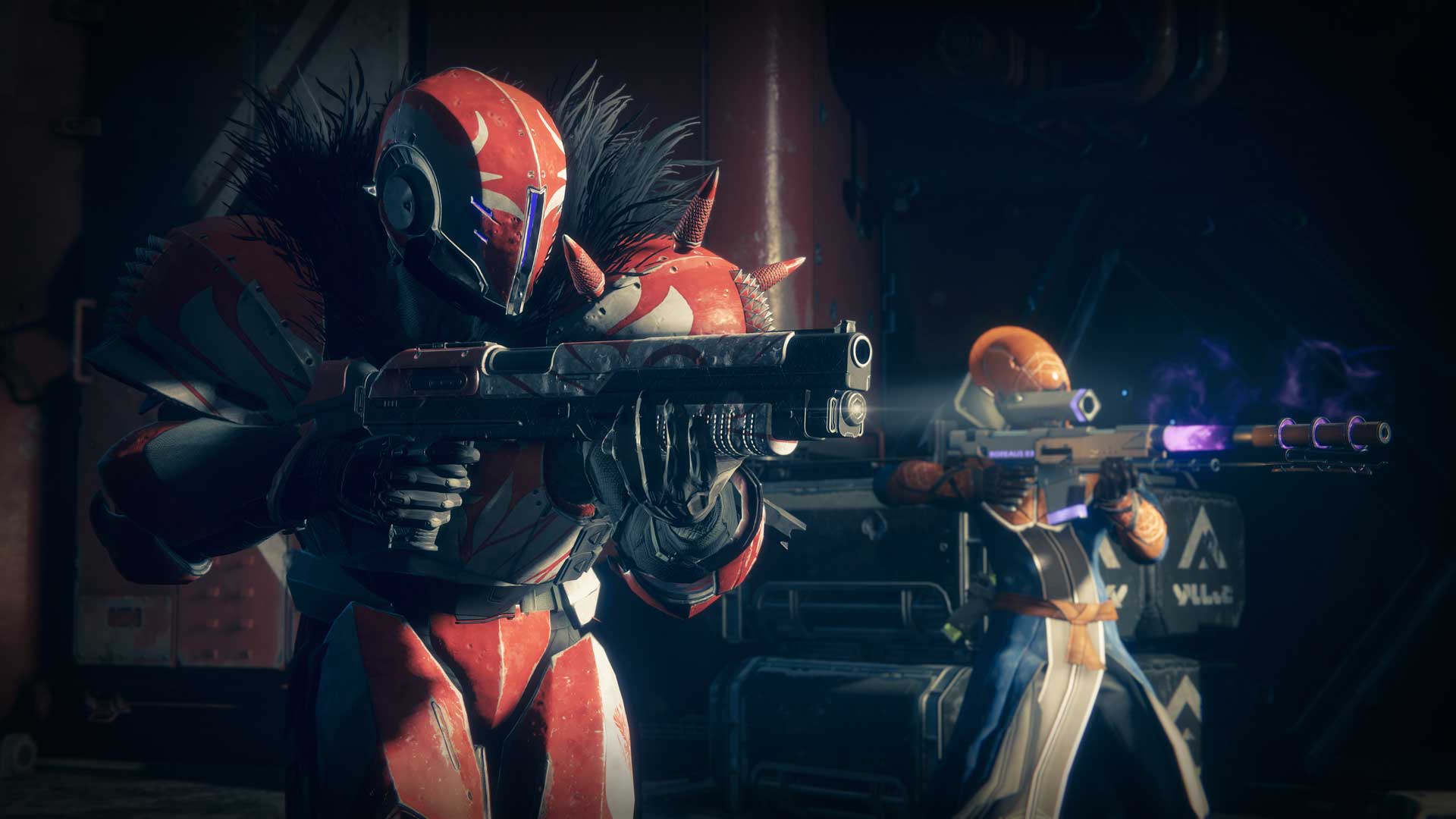 Destiny is a game where you can have experienced 90% of the content and yet not seen the very best of what it offers, because you’re a solo player. It’s a game where the difference between a casual player and a hardcore one might be literally thousands of hours, resulting in a daunting psychological barrier gating us off from that last 10%. These are problems. There’s no pretending they’re not.

Destiny 2’s Guided Games, allowing casual and solo Guardians to at least play tourist in a world previously reserved for hardcore groups, could very well be the start of a solution.