PlayerUnknown’s Battlegrounds is officially the third game on Steam with the highest peak player count.

This puts it right below Dota 2, and Counter-Strike: Global Offensive, the two games that occupied the top slots for years virtually unchallenged.

It didn’t take long for it to attract 481,291 concurrent players. Impressively, Fallout 4 achieved its is 471,955 record at launch, and the numbers wen’t downhill from there, as they tend to do. This is the opposite of what PUBG did as it continued to grow. 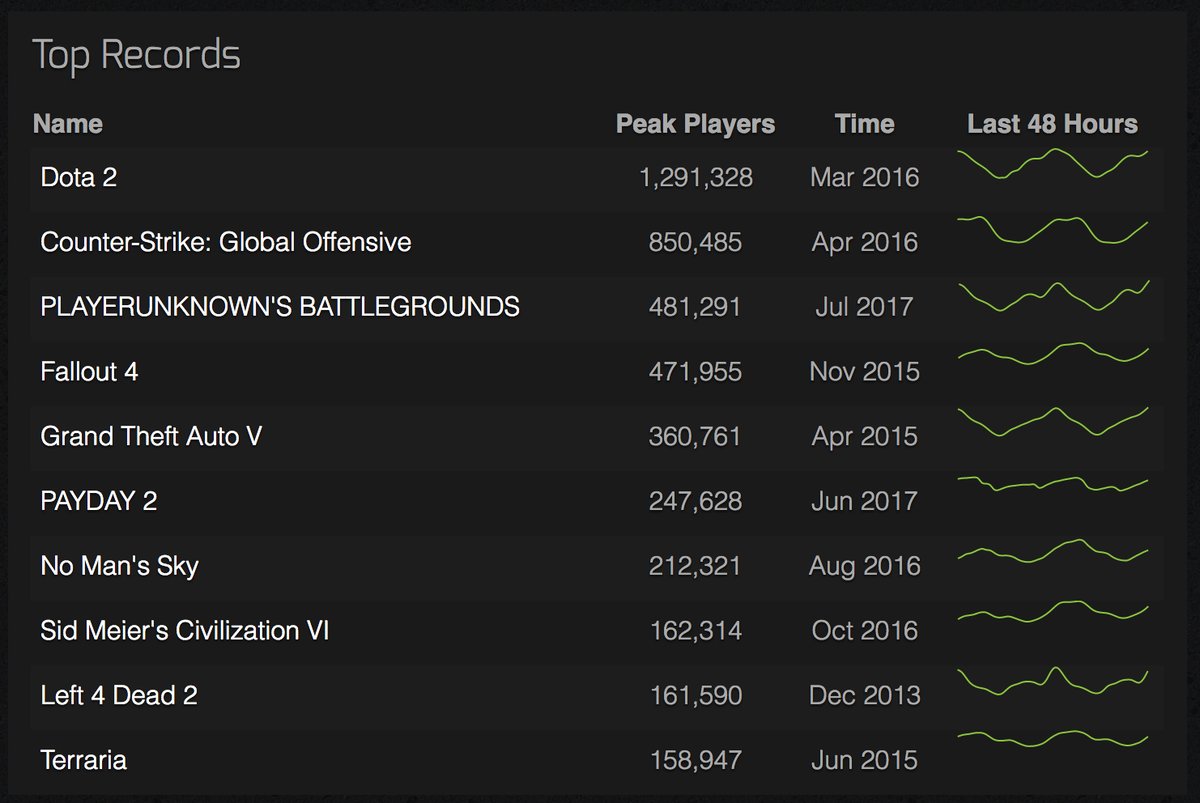 The game has fair bit to go if it is to beat Counter-Strike: Global Offensive’s 850,485 record. Though this may seem impossible now, consider how quickly it gained momentum, and how far it’s gone in a few short months.

The next patch for PUBG launches this week, and it’s going to be a big one. New features include an FOV slider, first-person servers, a new weapon, and more.