When the latest Overwatch update went live yesterday, players noticed one particular note that wasn’t easy to make sense of.

The note read, “Adjusted the respawn timing to limit defensive stalling strategies when the offensive team has a clear advantage and plays aggressively.” Naturally, with a change as big as this, many were curious what it actually means.

After many asked for an explanation, principal designer Scott Mercer took to the official forum to clear things up. According to Mercer, Overwatch already had a system that slowly increased the defender’s respwan time in cases where there were more attackers than defenders on an objective for 30 seconds.

This timer keeps increasing when the attackers hold this advantage for 90 seconds. What yesterday’s patch did was change the timing so that the increase kicks in after 15 seconds of attacker domination, while upping the maximum possible time increase to 75 seconds.

“Note that this timer doesn’t immediately reset to 0 if the attackers temporarily leave the objective area due to something like avoiding a D.Va Self-Destruct or Mei Blizzard or otherwise no longer have a numerical advantage on the objective,” Mercer pointed out.

“The ‘attacker advantage timer’ instead reverses and counts back down to 0.” 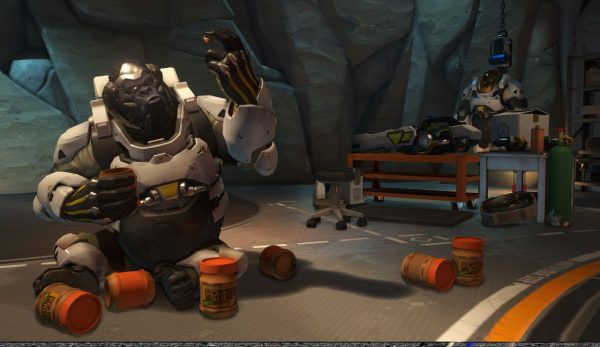 The designer gave another example that sees attackers holding an advantage for ten seconds, before losing it to defenders for five seconds. In this case, the attacker advantage timer is now at five seconds.

This means that should the attackers regain the advantage after ten seconds, the timer goes up to 15, which in turn starts the the slow increase to the defender’s respawn time.

“The end result is that stalling tactics involving defenders trickling in one at a time into the waiting weaponry of an entire enemy team on the objective should be less effective than before,” he added.