For reasons I don’t understand, the jumping/navigation puzzle section near the end of the Destiny 2 Homecoming mission gave people a lot of trouble in the beta.

In case you missed the beta, the game’s opening mission at one point tasks you with taking out generators to bring down a big ship’s shield. In this room, there are two turbines that spin, one clockwise, and the other counterclockwise.

Your goal is simple: destroy one generator, and time your jumps between the rotation of the two turbines to be able to destroy the other. Apparently, this was frustrating for so many players that it was changed in the final version.

It wasn’t just beta players who felt this way, though, as according to game director Luke Smith, the room was changed when Bungie found it to be too hard. That all happened before the beta came out, and Smith was surprised to see the old version in the beta build. 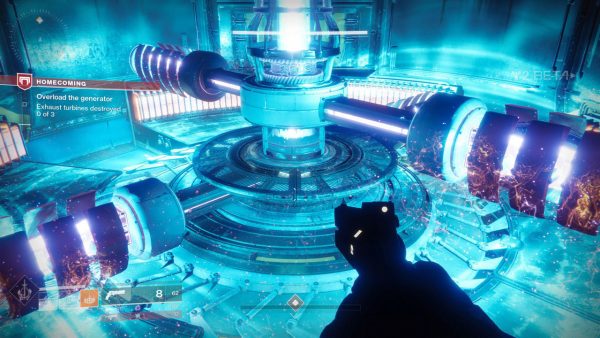 “I was surprised by the turbine, because there’s only one turbine spinning in the shipping game,” he said on the Namek vs. Saiyan podcast (via Eurogamer).

“That’s a great example of something that we implemented, we found it to be too challenging – you know, especially for that opening sequence of the game – and in the shipping game, we’ve removed it.”

The game’s opening mission will now a bit easier, so rest assured. Destiny 2 is out September 6 on PS4, and Xbox One. PC follows later on October 24.