The powerful MIDA Multi Tool is on sale this week at Xur’s.

MIDA Multi Tool was brought into Year 2 late last year, and even received another upgrade with the release of Rise of Iron. He actually had MIDA back in May, and it remains as a great as ever.

MIDA Multi Tool is many players’ favourite weapon, and is one of the best scout rifles available. Even today, with the increased number of Legendary alternatives, it remains a great pick for PvP, especially in precision-focused events like Trials of Osiris. The Third Eye perk allows the radar to remain on the screen when you’re aiming down sights, another great feature for PvP. 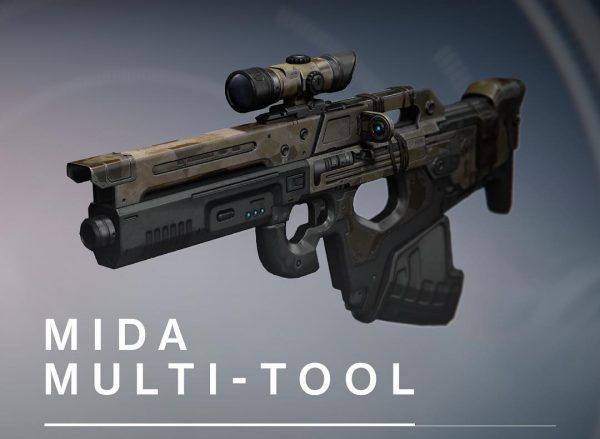 It’s also very effective in PvE, particularly in raids and missions where you want to quickly dish out great damage through consecutive headshots. As a bonus, you’ll be able to change the appearance of the weapon using Ornaments, to make your MIDA Multi Tool stand out from the rest.

In short, if you don’t already have it, go pick it up.