The Nintendo Switch Online app is every bit as limited as you feared it would be.

Having officially launched yesterday in time for Splatoon 2’s release later this week, people are waking up to the many, many baffling decisions the company made when designing it.

The app is a manifestation of everyone’s worst fears, and it all starts with Nintendo’s official FAQ page about it. In it, the company outlined some severe limitations that no similar app would get away with in 2017.

To start with, the app’s voice chat feature can only be used while playing a game. In this case, since Splatoon 2 is the first to support it, you have to first join an Online Lounge in the game to be able to use voice chat. This is 100% not the party chat feature you’ve used on other consoles.

Game sounds will continue to come out separately from whatever output device you set your Switch to, and voice chat will only be heard from the phone.

Another startling revelation is that if you use any feature on your phone – such as calls, texts, social media, or even checking notifications, your voice chat will be disconnected. You’ll be reconnected again when you’re done so long as the game session is still available. This effectively means the app has to be in the foreground at all times, killing multitasking altogether. 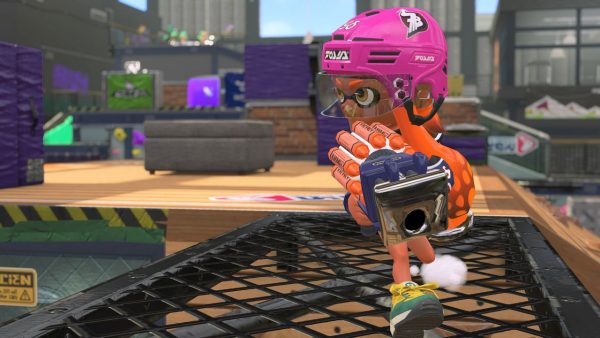 According to tests done by Ars Technica, the app stops working if the phone goes into sleep mode – something all phones do. The site rightly pointed out that existing voice apps like Discord work just fine in the background.

Many on the Switch sub-Reddit aren’t too thrilled either, though a few have tried defending Nintendo with things like “It’s an example of Nintendo not following the market.” You can head to the link if you’re looking for more.