An Overwatch fan in Brazil managed to successfully, officially register a church for Hanzo in the country.

The goal of this experiment was to demonstrate how easy it is to start a religion in Brazil. This is important because religious institutions are exempt from taxes.

Mateus Mognon, the fan responsible for this outlandish idea, wrote a memoir (translated by Google) of the events. According to him, registering a church is relatively simple.

You need an address, five people, a lawyer’s signature, a written statute, and some fees. A notary’s office will then approve the paper and you’re free to request tax immunity.

Mognon points out that although the constitution means well in that it aims to protect religious freedom of any cult no matter how small, the regulations are easily exploitable if you’re looking for a legal way to avoid paying taxes – or worse, launder money. 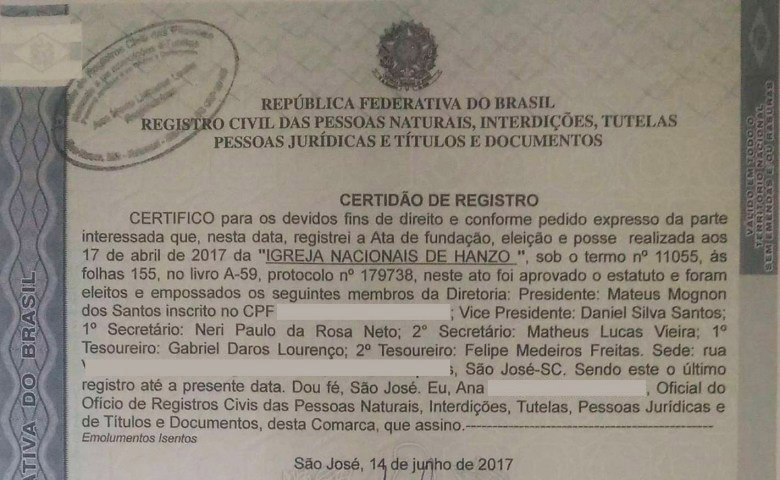 Choosing Hanzo in particular was another way for him to show how easy the whole thing is, even when it’s based entirely around one of the most hated characters in a popular game like Overwatch. Some of the other amusing details include the ability for members of the Church of Hanzo to request Tuesdays off for “religious studies”, and the fact you’re forbidden from using the words “Hanzo Main”.

Baptism is performed by playing one Overwatch match. If you can’t afford a copy of the game, you can play a match of Paladins instead to achieve the same effect. The rest of the story is a fascinating read, and includes a bit more context for why someone would go through the trouble of doing this.