‘Why would I pay over $40 for a PlayerUnknown’s Battlegrounds item box when I can get all the pieces individually for less than $10?’ This is not a question Steam Market traders asked themselves.

That’s right, the exclusive Twitch outfits PlayerUnknown’s Battlegrounds has been giving to Twitch Prime members all throughout last month are now being sold on the Steam Marketplace for upwards of $40.

Developer Bluehole did not initially promise that the cosmetic items would later become tradeable and marketable on Steam, but it made it happen overnight. This means that anyone who owns the set can freely sell it on the Market for Steam bucks.

None of this is out of the ordinary, many Steam games – including PlayerUnknown’s Battlegrounds – have cosmetic in-game drops that you can sell and trade freely on Steam’s Market.

Despite being a couple of months old, the game has to its name one of the most expensive items on the entire Steam Marketplace: the PlayerUnknown set, which sells for around $1,000. This particular set was gifted to players of the closed alpha who acquired the game even before it hit Steam, and it’s very limited. 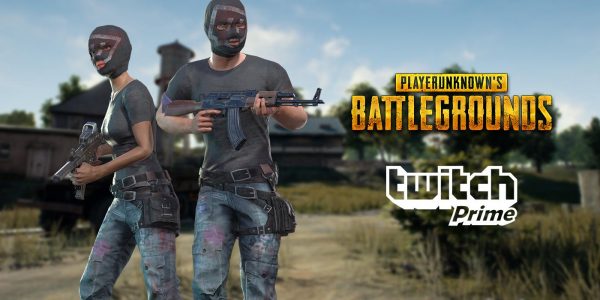 What’s really bizarre in the case of the Twitch Prime set is that the four pieces (pants, shirt, boots, balaclava) combined are valued at just below $10. The crate that includes all of them – and no other bonuses – is itself selling for $45 or more. Those who didn’t open their crates can easily make that money on Steam right now.

There are even buy orders that start at $38, so if you’re really in a hurry, you can match this price and sell yours instantly. You could argue that being a collector’s item is itself what makes the crate valuable, even though what’s actually inside is a lot less valuable. It’s still fascinating.

For reference, a monthly Twitch subscription costs $11 (including Amazon Prime), or even less in some territories. Sadly, the promo is now over, so don’t get any ideas.