We may be a week away from the Destiny 2 beta, but that doesn’t mean resets will stop happening in the world of the first Destiny.

Bungie’s weekly reset for this Tuesday has arrived, bringing with it a refresh to a wide assortment of activities in the game. These include a new Nightfall strike, new Heroic playlist modifiers, new Prison of Elders challenges, a new featured raid and more.

Here’s everything new this week:

It’s the Fallen S.A.B.E.R. strike this week as a Nightfall with Solar Burn, and modifiers Small Arms, Fresh Troops, and Exposure.

Small Arms grants bonus damage when using primary weapons. Fresh Troops increases the number of enemies in some squads. Exposure increases your shields but they do not replenish. 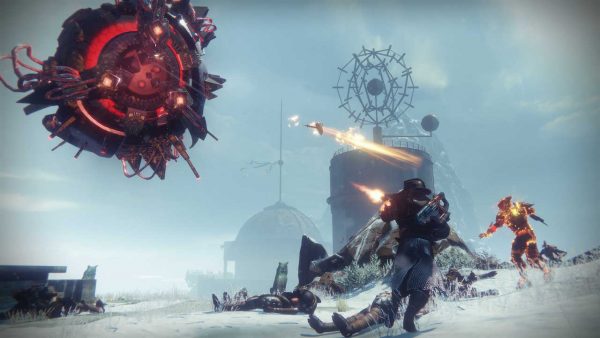 Wrath of the Machine is the featured raid this week, meaning all challenge modes are active at the same time. Get a refresher course on what to do with our informative guide.

We’re now also three weeks away from the cutoff date for earning these sweet Destiny 2 emblems. You have until August 1, so start finishing up the stuff you haven’t done.