What better time to stay indoors playing a new console than during the peak of summer?

Summer is gearing up, and as always, it’s time for sales on console bundles that will keep us indoors and out of the sunshine.

Summer Deals From Xbox is offering deals on Xbox One S bundles, so if you were holding out for a price drop, now might be just the time to snap one up.

Over on Xbox.com you can grab 500GB Xbox One S bundles for under $300. If you want a bit more space, you can opt for the beefier hard drive for $350 and above.

For $249 you can pick up the Minecraft 500GB Xbox One S bundle, which includes the Xbox One and Windows 10 versions of the game as well as 13 “community-favorite content packs.”

$279 will get you either the Battlefield 1 500GB Xbox One S bundle or the Forza Horizon 3 bundle.

And if you’re feeling particularly flush and want something fancy, the 2TB Xbox One S Gears of War 4 Limited Edition Bundle for $449 might be more up your street.

Dropping a couple of hundred dollars on a console will make you eligible for further saving with a $10 discount on a 3-month Xbox Live Gold membership, and $10 off select wireless controllers. 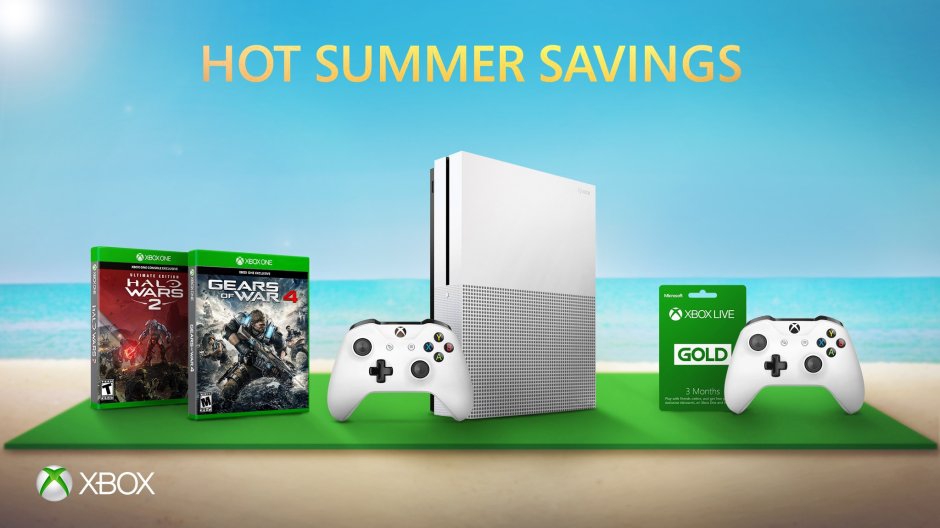 Not to worry if you’re all set in the console department. From July 22 Xbox is offering a discount of $30 on both Gears of War 4 and Halo Wars 2.

All in all, these are some pretty tempting offers on the Xbox One S. Let us know if you’ll be partaking in the comments.