Mass Effect Andromeda has squashed another log full of bugs.

The single-player patch notes are pretty boring reading because they’re mostly about bug fixes, but if you’ve been stuck in Mass Effect Andromeda due to progression errors or other problems you’ll find it more interesting. Probably the most significant one is that BioWare has shut down being able to romance Cora and Jaal simultaneously, a “problem” that crept in when Jaal was made romanceable by Mryders. Anyway, check the full patch notes out below.

The multiplayer patch notes are also down there, and they’re much more intriguing. As promised, BioWare has added a new platinum difficulty to Mass Effect Andromeda’s multiplayer, along with veteran ranks so you can grow powerful enough to face the new challenges.

The update also delivers the Batarian Scrapper unit to Mass Effect Andromeda. They bring with them the Kishock Harpoon Gun, an old favourite from Mass Effect games of yore.

There’s been a pretty big balance pass on powers and weapons but more immediately apparent are three new versions of Uncommon, Rare, and Ultra Rare weapons with unique perks:

Neat. Should help with Platinum as well as the new regular challenges added to Mass Effect Andromeda with this update. BioWare has also made some interesting changes to difficulty such as scaling objective timers and booting the Assassination objective, so have a good squizz below. 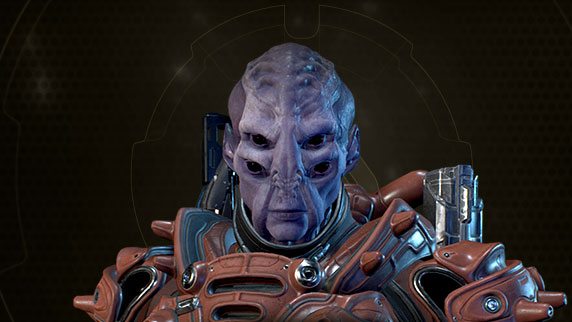