EA announced today members of both Access services will soon be able to play all Star Wars Battlefront Expansions, Battlefield 1 and Titanfall 2 as much and as often as they want.

Each title will be made available for Access subscribers on PC and Xbox One as each title rolls out between July and September.

All four Star Wars Battlefront expansions are available from today. This is a pretty great deal for those who have yet to splurge for the DLC – and newcomers alike as both EA Access and EA Origin subs can take 10% off digital purchases through the respective stores. Pretty decent deal if you’re interested in picking up Star Wars Battlefront 2 when it releases in November. 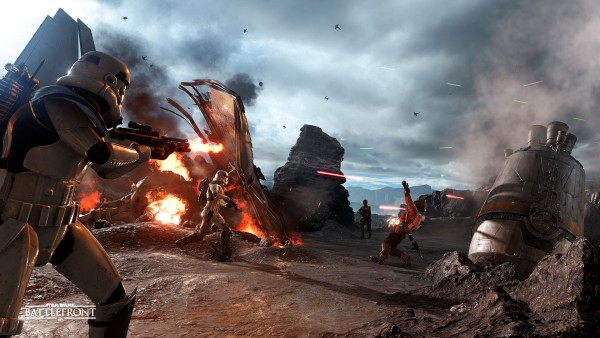 Also on the docket is the Play First Trial for FIFA 18 before it releases on September 29.

Along with The Sims 4 Digital Deluxe Edition on Origin Access, Oxenfree and Rebel Galaxy will be added to The Vault.

Other titles coming to EA Access members on Xbox One include Play First Trials for Madden NFL 18, NHL 18, and NBA Live 18.