Link’s latest outfit in The Legend of Zelda: Breath of the Wild’s DLC is perfect for creeping around at night. 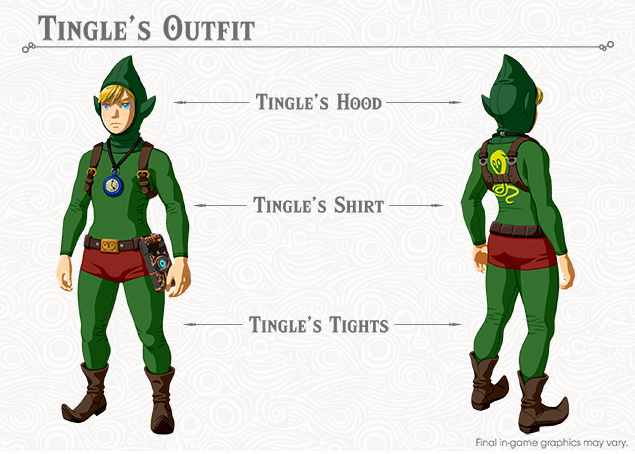 The countdown to The Legend of Zelda: Breath of the Wild‘s DLC Pack 1: The Master Trials is in full swing over on Nintendo’s website.

The DLC is only available as part of the expansion pass, so if you want in, you’ll have to fork out for the entire thing.

Yesterday we got a look at Midna’s Helmet which is dropping in Pack 1, but today’s reveal is the stuff of nightmares: Tingle’s Outfit. 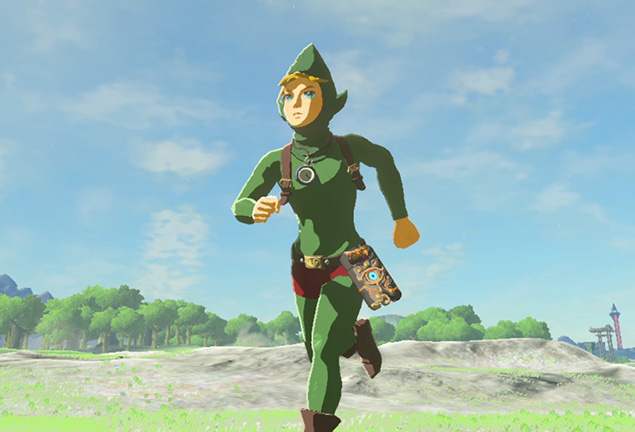 Tingle made his debut in Majora’s Mask and is a 35-year-old man obsessed with forest fairies – which may go some way to explaining his ensemble – and he eventually got his own spin-off series.

Breath of the Wild game designer, Mari Shirakawa, said, “I remember how shocked I was—shocked right down to my bones!—when I first saw Tingle.

“I thought ‘he’s such an unsettling character…but…he’s also so adorable…’ When I started thinking about it, I realized that sometimes hate can slowly turn into love. If you didn’t care about someone at all, you wouldn’t feel ‘love’ or ‘hate’ for him…Tingle made his mark on the world of Hyrule, and now Link is dressing up as Tingle! I’m so proud!”

The three-piece Tingle set grants the Night Speed-Up effect, “So please try on Tingle’s Oufit and run around at night,” says Shirakawa, perhaps not realising how terrifying that sounds.

Tingle’s outfit along with Midna’s Helmet were first announced in May by Nintendo, and again during E3 2017 in June.