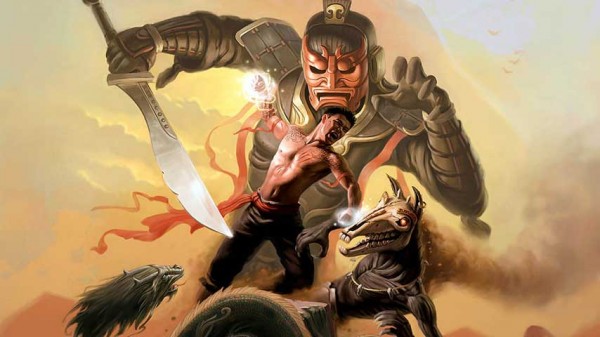 Most long-time BioWare fans were pretty excited to hear that a new Dragon Age was underway, but such projects do come at a cost: It means BioWare can’t work on sequels to games like Jade Empire.

During a 1099 podcast with Josiah Renaudin, creative director Mark Laidlaw talked about the process behind game development and how the developer choose which games to focus on. To Laidlaw, there are two main considerations it boils down to. First, there’s the matter of whether market research can measure enough evidence to suggest people would buy a particular title. Second, it’s a question of whether the right team members are available to focus their creative efforts on such a project. The end result is that while Laidlaw actually does have a Jade Empire 2 storyline lined up, games like Dragon Age are currently the focus.

“You need passion, you need talent, you need the right people and the right team, and then capacity,” Laidlaw explained. “I’d be a fool to say we weren’t considering [Jade Empire 2].

“If someone said to me ‘What would you do with Jade 2’, I have an answer. I have a very clear answer in my head. But I also recognize that the majority of the leadership of Jade Empire 2, the people who are really the passionate vision holders are all on Dragon Age … Let’s put it this way: Dragon Age is fairly distracting.”

Now before you rush to the comments to make an angry post, note that Laidlaw is well aware of your feelings. “Someone, somewhere is going to write an angry thing saying ‘Aha! Dragon Age killed Jade Empire!'” he continued. “Well, no. But I think a lot of the folks that still have really fond memories of Jade and kind of know it in their bones are still pretty actively engaged in working on your Inquisitions, which takes a hell of a lot of time.”

During the podcast, Laidlaw also mentioned that BioWare has recently been hiring all kinds of talent for the new Dragon Age game, so Jade Empire 2 won’t be arriving anytime soon. That said, you probably shouldn’t rule it out either.

“In a universe where there could be a Beyond Good & Evil 2 fifteen years later, I think it’s very possible there could still be a Jade Empire 2.”