Escape from Tarkov’s closed beta will introduce new weapons, a new merchant, and the ability to insure your equipment. 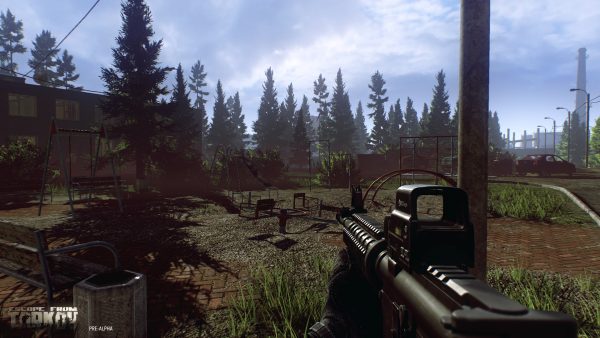 If you’re looking for a FPS-MMO that scratches your realism itch, Escape from Tarkov is shaping up to be a strong contender. The game takes place in the Russian city of Tarkov, a warzone sealed off from the outside world where private military companies fight for their survival. While the game isn’t quite release-ready, its official closed beta is arriving in July to provide players a taste of what’s to come.

While the Tarkov closed beta won’t include all game features, it will introduce several new mechanics. Perhaps the most important is the Insurance system, which lets you pay currency to increase the chance of keeping your equipment upon death. The beta also brings the Peacemaker merchant to Tarkov, along with new loot, medicines, and trade goods. Those who focus on weapons can pick up an MP5 submachine gun, new weapon customization parts, and various ammunition types.

Escape from Tarkov’s closed beta will be available to all pre-order customers, complete with the features above and various updates to the Unity Engine.