Destiny 2 will acknowledge returning players in a variety of ways, many of which are top secret – but here’s one we can get onboard right now. 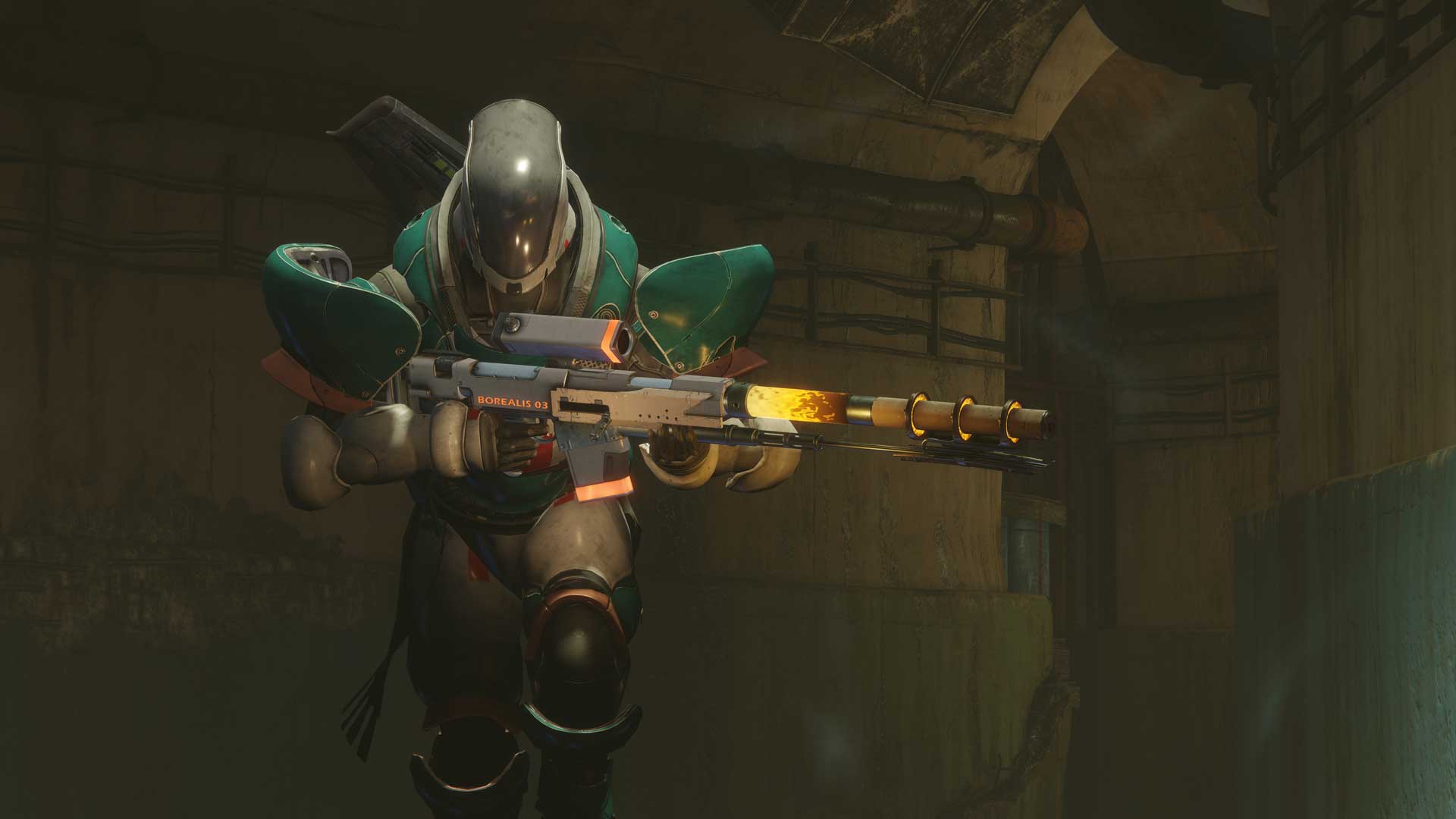 Destiny 2 will continue the existing emblem system, where players can show off their personal style, service history, accomplishments and even merchandise buy-ins with a decorative theme.

The only real change we know about is that in Destiny 2 your equipped emblem will appear on your menu screens as well as when other players view your details, which is a nice touch.

But now let’s talk about the exclusive Destiny 2 emblems available to players who hit specific milestones in the first game. You can see them and get details below, but please note that the numbers shown on them (level and light) aren’t indicative of Destiny 2’s finished gameplay systems; they’re just placeholders.

There are seven veteran emblems on offer in Destiny 2, but not every player will be able to earn all of them.

These first two emblems are only available to Destiny Year 1 players. The top one is for completing any of the moments of triumph, and the bottom one is for those who knocked them all over. If you didn’t do all that before the deadline in 2015, well – you can’t ever get these.

The second set of emblems are for Destiny Year 2 players. Again, the top one is for completing any moment of triumph, and the bottom one is for the whole set. You need to have owned The Taken King to do this, and again, if you missed the deadline in 2016, these are out of reach for good.

Just to make it totally clear, you need to play Destiny 1 in order to earn these emblems, but they won’t be available in-game until you log-in with the same ID in Destiny 2. Okay? It’s a little reward for returning players.

You might be thinking “is that it for all my hard work enjoying an entertainment product”, but the good news is that no, it’s not. Here’s what Bungie’s community manager David “Deej” Dague had to say on the subject of veteran rewards in Destiny 2:

“Some of the ways in which we’ll tip our hat to your legacy in Destiny 2, and some of the ways you’ll be able to show all the young pups that you’d become legend long before they were ever reborn in the Cosmodrome, are best left for you to experience for yourself,” Dague wrote in the latest Bungie Weekly Update.

“Others are little touches that will fall snuggly into the realm of ‘you just had to be there.’ We’re not going to spoil them for you right here and right now.”

So keep an eye out for some “small, but hopefully emotionally impactful surprises” for veterans when Destiny 2 releases in September on PS4 and Xbox One. Unfortunately there’s been no talk of importing accounts between consoles and PC, so we’re not expecting any little bonuses when Destiny 2 hits PC in October.

The Destiny 2 beta kicks off next month. As ever, you can find anything you need to know in our Destiny 2 guide.

Stay tuned for more Destiny 2 news today, and probably every day, because I don’t care about anything else.