The Switch’s new motion-controlled fighter Arms is getting a free new fighter soon after release. 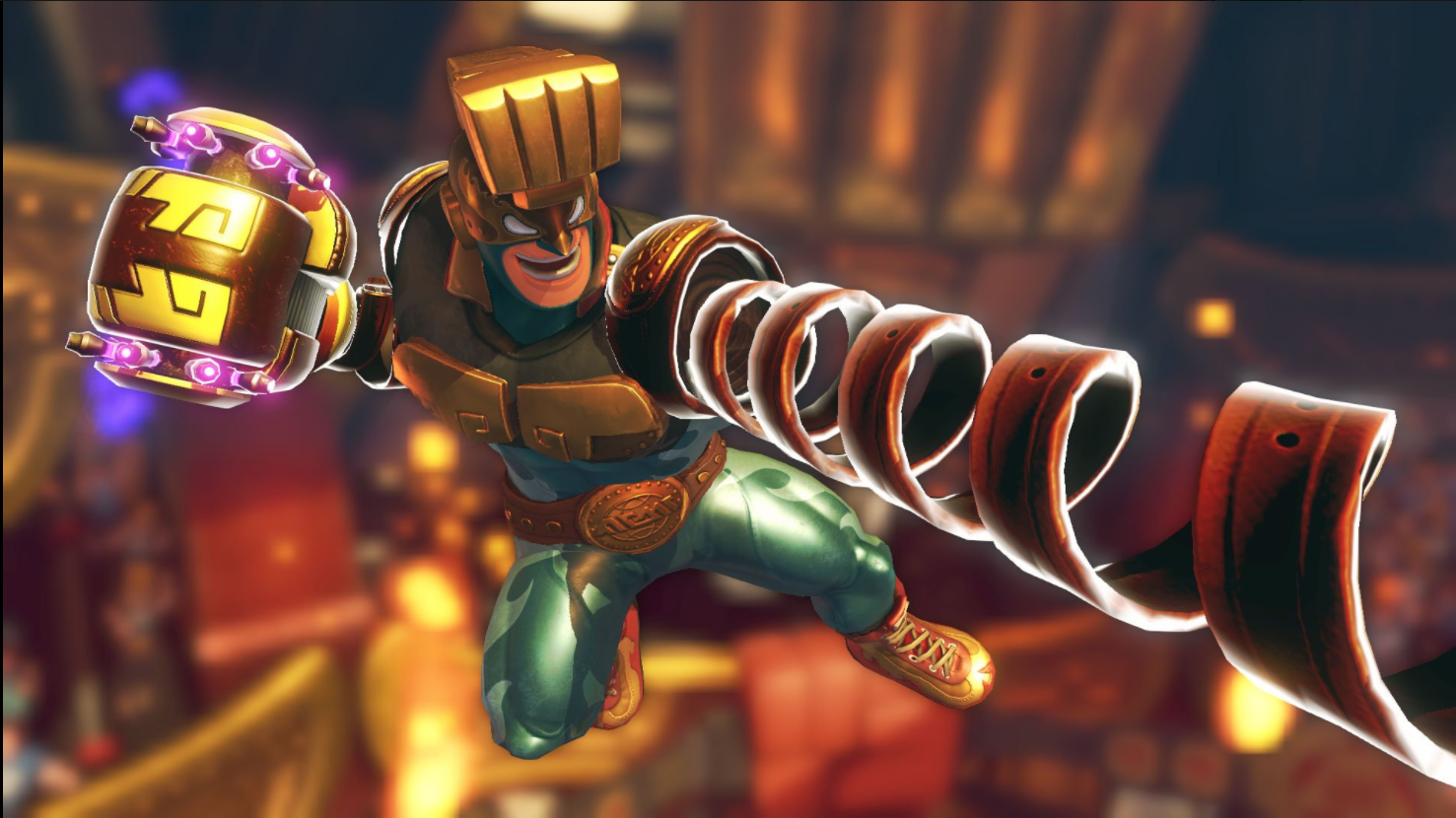 The new fighter, Max Brass, was announced on Nintendo of America’s Twitter account. The screenshots included show him beefing up considerably mid-brawl.

Max Brass will be joining #ARMS next month as free DLC! pic.twitter.com/2TVuBjeJSA

We’ll have to wait and see what makes Max unique when he becomes available next month.

Meanwhile, Nintendo Versus – a new Nintendo-operated Twitter account, this one dedicated to competitive play – informed us of an upcoming spectator mode Arms will receive in a post-launch update. This means you’ll be able to check out matches, or watch along in-game if Arms takes off as an e-sport.

As seen in the 2017 #ARMS Open Invitational, a Spectator Mode for ARMS will be made available this month as part of a free online update! pic.twitter.com/SLHRfzxU57

Nintendo hosted a tourney during E3, so it seems that they’re taking the game’s competitive prospects seriously.

Arms is out today for Nintendo Switch. Our own Alex Donaldson was pretty keen on it, as were other reviewers. Here are some tips if you want to dominate online.