Crackdown 3 is not a short game, but you can wrap things up really quickly if you want to. 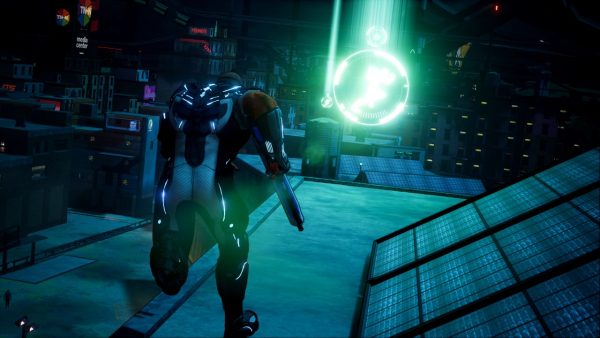 Following its weak showing at Microsoft’s E3 briefing, more and more details are starting to come out about Crackdown 3.

It’s now been revealed that the open nature of the game will allow you to do anything you want in the order you choose. For example, you can challenge the TerraNova Kingpin, the game’s ultimate baddie, early on. Should you win, you’ll have ended the main story.

This may be a lot harder to do than it sounds, though, given the level and power difference. But, assuming you start a new game with a higher level agent from a previous save, it can be done.

“That’s what we’re doing internally, and we can guarantee that’s what other people will do as well,” campaign developer Sumo digital told PCGamesN.

All in all, you’re looking at round 12-16 hours of story, but you can reduce this number considerably if you’re good enough. QA testers managed to do it in around two-and-a-half hours, though that doesn’t include all the collectables.

Crackdown 3 is out November 3 alongside the Xbox One X. The game will also be released on Xbox One, and PC.