Divisions bring a new twist to create-a-class and perks in Call of Duty: WW2. 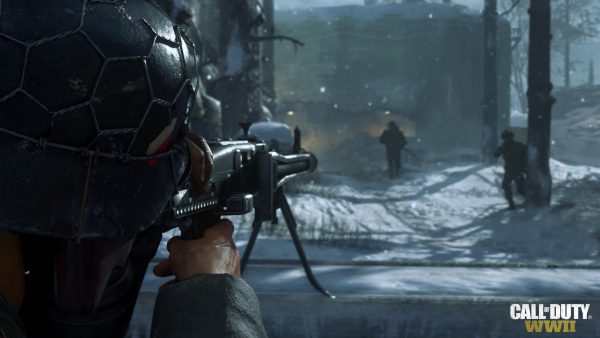 Call of Duty: WW2 developer Sledgehammer previously touched on the new Divisions feature, but most of it was teasers for the E3 reveal. Now that we can finally see the multiplayer mode in action, the studio started fleshing out the details.

Division is an overhaul of the create-a-class and perks systems. A set of cross-Division perks, called basic training, can be used by players of all Divisions, but there are some perks specific to each Division, called Division Training. There’s also Division Skills that work only with some Divisions.

Although you can use any weapon with any Division, there are some perks that work better when paired with weapons designed for the Division. In the E3 build there were two options for each Division, with the weapon and equipment being the only difference.

There are five Divisions in the game: Infantry, Expeditionary, Airborne, Mountain, and Armored. SMGs are typical of the Airborne Divisions, whereas shotguns and tactical grenades are the Expeditionary Division’s speciality. Mountain Division has access to sniper rifles, and the Armored are the LMG people.

It’s an interesting system that doesn’t look to be limiting the freedom of create-a-class too much while providing a new structure. Imgur user Italizer managed to grab screenshots of the E3 build showing all the available Division variations and their skills and perks.

It sounds like Activision didn’t allow attendees to capture the menu, so these could be taken down soon. Until then, you can check them out through the above link to learn more.