A lot more footage of Assassin’s Creed: Origins than what Ubisoft showed during its E3 show. 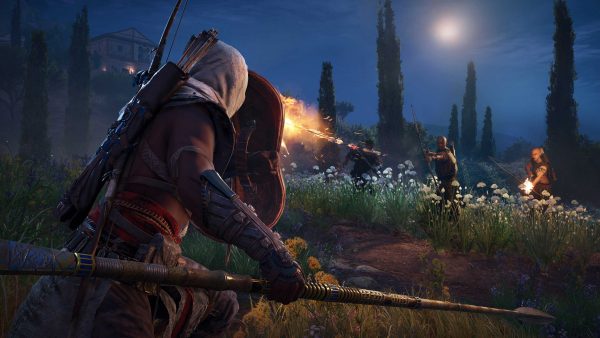 Ubisoft showed Assassin’s Creed: Origins on stage twice, once with the help of a gameplay demo on Microsoft’s stage, and another time during its own show. Sadly, both videos were relatively short.

For a game bringing as many radical changes to the formula as Origins, we needed to see more. The combat in particular, which looks to have been completely reworked, needed to be highlighted.

Thankfully, the publisher not only hosted a developer demo after the press conference wrapped up, it also allowed anyone to capture footage of their playthroughs at the show floor. Which is what we have here.

We’ll start off with this video from IGN, which shows a vertical slice of the game through the open world, as well as some interactions with some NPCs.

The video features some light combat, a look at the map, and generally a lot of exploration.

This one from GamesRadar+ is nearly 30 minutes-long, and likewise includes a nice, varied amount of content. Footage was captured from an Xbox One X running in 4K, and it looks nice.

Assassin’s Creed: Origins is out October 27 on PC, PS4, and Xbox One.