Studio Wildcard has done the seemingly impossible. Ark: Survival Evolved is leaving Early Access and you can pre-order a copy of the game right now at PlayArk.com.

As well as the bog standard edition, you can fork out $100 for the Explorers Edition or $160 for the Collector’s Edition, which is available elusively at GameStop.

The Explorer’s Edition includes the base game plus the three expansions. Scorched Earth is available now, while the other two have yet to be announced. 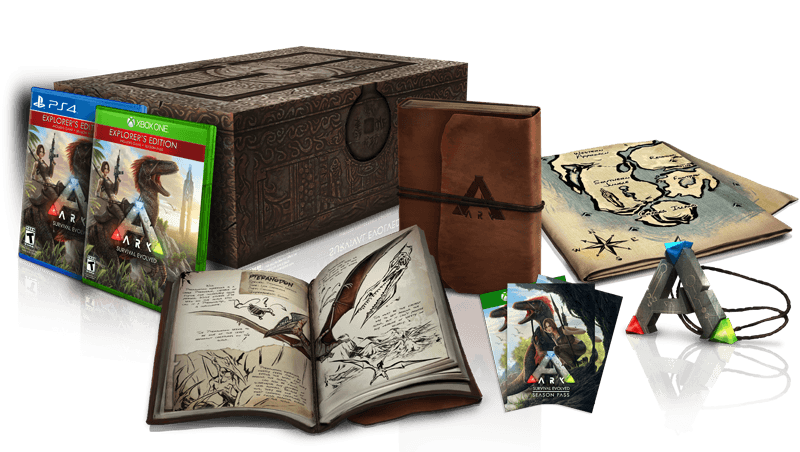 The studio announced the news yesterday.

“The past two years have been one heck of a journey! Millions of ARK players worldwide have built gigantic bases, captured and trained armies of dinosaurs, crafted armories full of weapons and eaten billion of pounds of berries. With your help, we’re now about to reach the completion of core content for ARK: Survival Evolved and release the full game to the world!

“That was just the beginning; now we’ll be entering the next phase of our journey. Players who have been with us throughout this early access program and were excited with the launch of each update, have even more reason to be excited! ARK is going to become even more fun with surprise new content at launch and beyond, as we continue to have a massive amount of additional gameplay, creatures, and story elements in the works.”

They also announced the first mod to be integrated into the game as part of the ARK Sponsored Mods Program. Ragnorak is live on Steam now, and will follow on consoles next month.

The finished Ark: Survival Evolved will release on August 8 on PC, PS4, and Xbox One.