Ubisoft has had a busy E3 2017. Check out these games you might have missed or indeed deliberately ignored.

Ubisoft had a lot to talk about at E3 2017, and some of it has been lost in the rush to drool over Skull & Bones, admire Far Cry 5 gameplay or laugh hysterically at this $800 Assassin’s Creed Origins CE.

The trailer above introduces Starlink: Battle for Atlas, which will release in northern autumn 2018 for PS4, Switch and Xbox One. It’s an “interstellar open world adventure” in which players craft by combining items in the world, rather than in menus. Customisation is the big buzzword here, and you can adjust the wings, weapons pilots, and hull of your ship freely, adapting to your playstyle and the circumstances at hand.

The game scales from skimming over the planet’s surface to dogfights out in the vacuum. It all sounds a bit like someone asked “what if we made No Man’s Sky and fulfilled some of those empty promises”- it even seems to have a similar aesthetic. But since it’s so far off there’s no guarantee this one will fulfill your space fantasies, either.

This next one is a VR-optional thriller called Transference, and is the product of a collaboration between Ubisoft Montreal’s FunHouse division and SpectreVision, a production company founded by Elijah Wood, Daniel Noah, and John C. Waller.

Transference is described as “a game with rich characters and an intimate yet multi-branching narrative”, and it’s coming to PC, PS4 and Xbox One in northern spring 2018, with support for PlayStation VR, HTC Vive and Oculus Rift.

The story is set in “a digital recreation of a mind, and is partially inspired by real-life research that measures brain waves in an effort to visually recreate dreams”. Players will explore a home and uncover the secrets of the family, which all sounds a bit Gone Home or What remains of Edith Finch. The house-and-family-exploration genre is really taking off, huh? 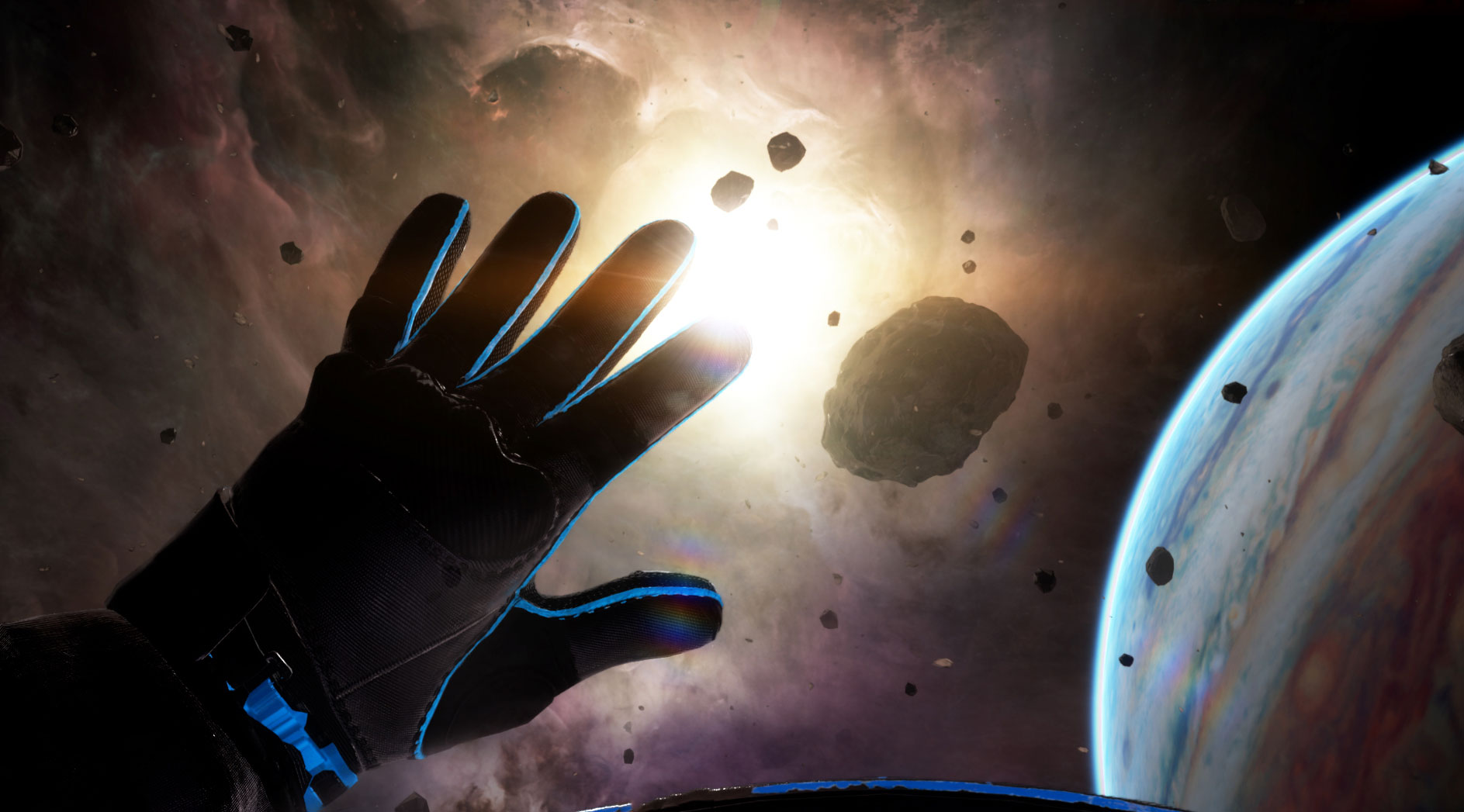 There’s no trailer yet for Space Junkies, which is a first-person multiplayer arcade shooter coming to Oculus Rift Touch and HTC Vive in northern spring 2018.

A product of Ubisoft Montpellier, Space Junkies features 1v1 and 2v2 battles in the Dirty Bowl, a collection of orbital arenas. There’s full 3D navigation and the arenas respond dynamically to player actions, which sounds like a recipe for nausea.

Features include a range of “outlandish, customizable, joinable and grab-able weapons”, apparently.