That’s a lot of dough, even for a serious collector. 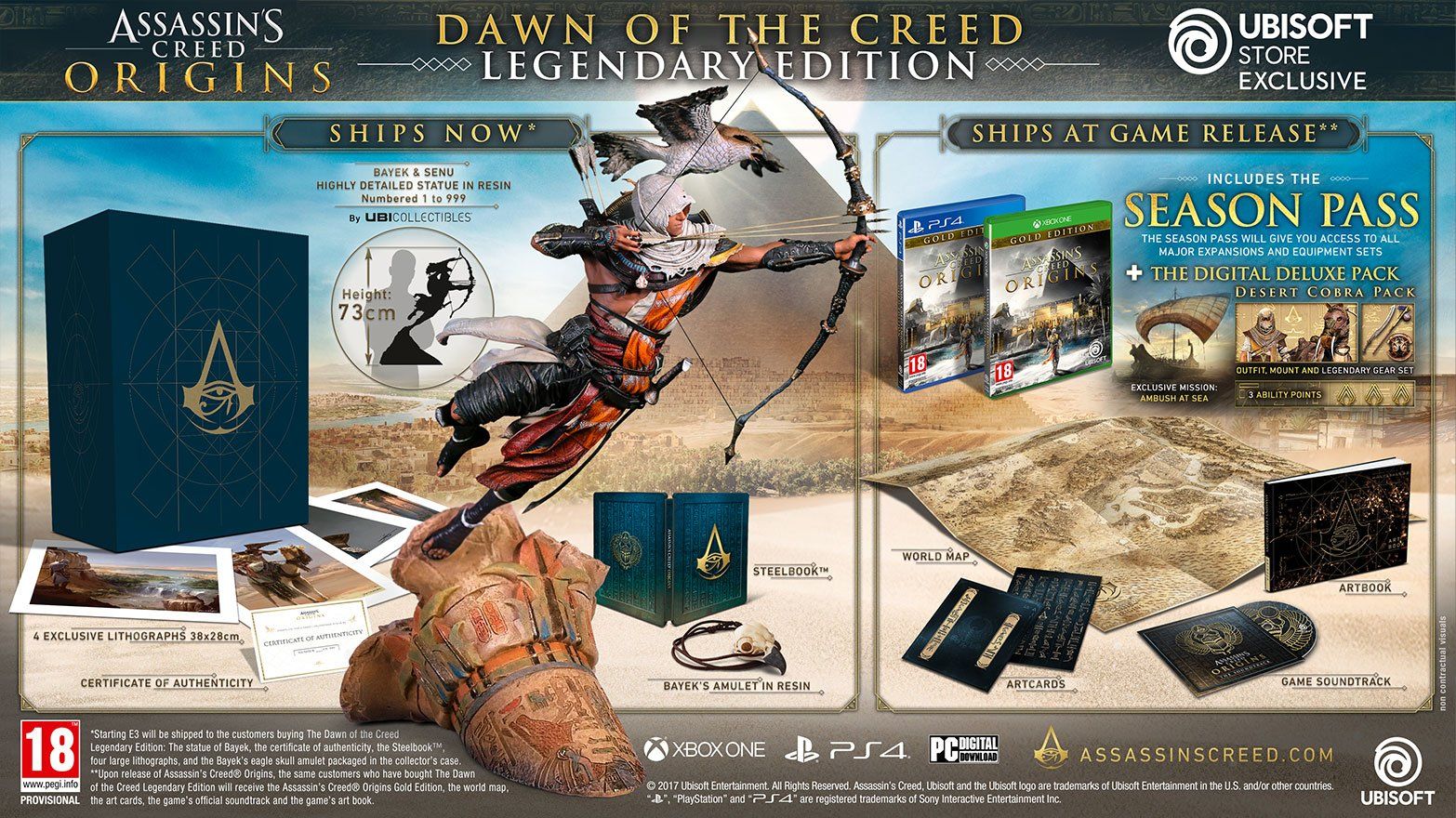 Only 200 will be made for North America, and it is a Ubisoft Store exclusive.

The figurine will be sent out in July along with Bayek’s Eagle Amulet, Steelbook, Lithographs and Certificate of Authenticity.