It looks like The Witcher fans will be able to play a better version of The Witcher 3: Wild Hunt on PS4 Pro, and Xbox One X. 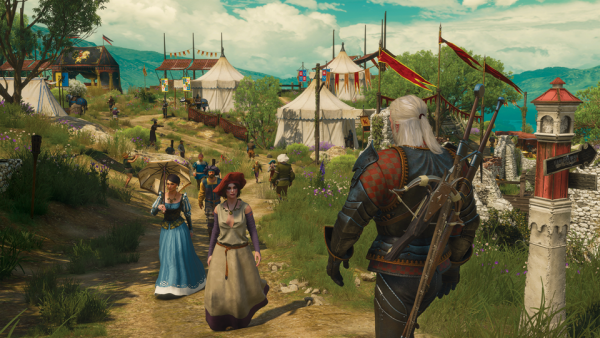 Prior to the launch of the PS4 Pro, The Witcher 3: Wild Hunt developer CD Projekt RED said that it won’t be going back to add upgrades for PS4 Pro owners. The reason given at the time was that the studio had moved on to other projects.

But, things may be about to change. During the Xbox E3 2017 briefing Xbox boss Phil Spencer mentioned that a number of third-party studios are already working on 4K patches for Xbox One X. Behind him, the screen rotated box art for a few games, including The Witcher 3.

This came as a surprise, given CD Projekt RED stance, but it now appears this wasn’t an error. The studio’s community lead Marcin Momot confirmed on Twitter that the studio is working on “something” for Xbox One X after one fan inquired.

Momot wouldn’t specify if that means an enhancement patch or something else, but he did confirm that something similar is also in the works for PS4 Pro, promising to share more later.

@CDPROJEKTRED @Marcin360 I spied Xbox One X enhancements for #TheWitcher3 in Microsoft’s presentation – any plans to update PS4 Pro too? 🤞🏻

We are also working on something for PS4 Pro. More info to come later.

This is great news for fans of the series who felt the game deserved to take advantage of the upgraded consoles. Hopefully we’ll find out soon how the Polish studio intends to improve on the RPG.