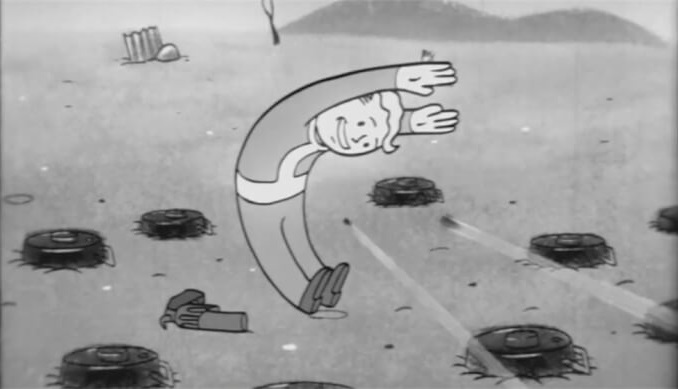 Bethesda’s E3 conference took place last night – or at the crack of dawn this morning, depending on your time zone.

It was all of a bit underwhelming for me, so I cast my eye over the internet to see what everyone else thought. And boy howdy, am I glad I did.

So without further do, here’s how the internet reacted to Bethesda at E3 2017.

If you haven’t had a chance to catch up with the conference yet, Lurtz_Of_Orthanc has summed it up in a nutshell for you: 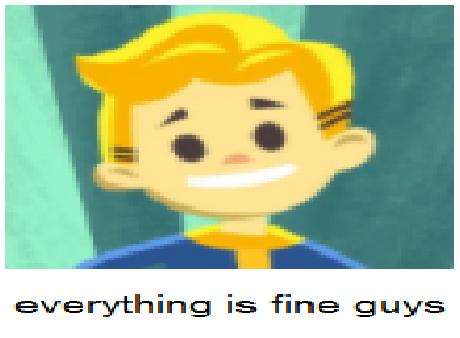 Skyrim made an appearance of course, as mtattyt notes: 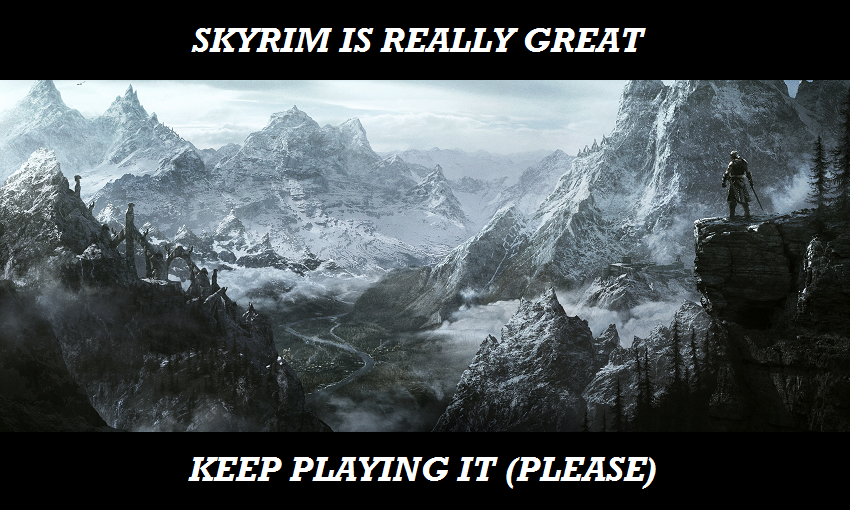 Console mods were a big deal with the Creation Club for Skyrim and Fallout 4, although 2Dement3D points out that we’ve come full circle: 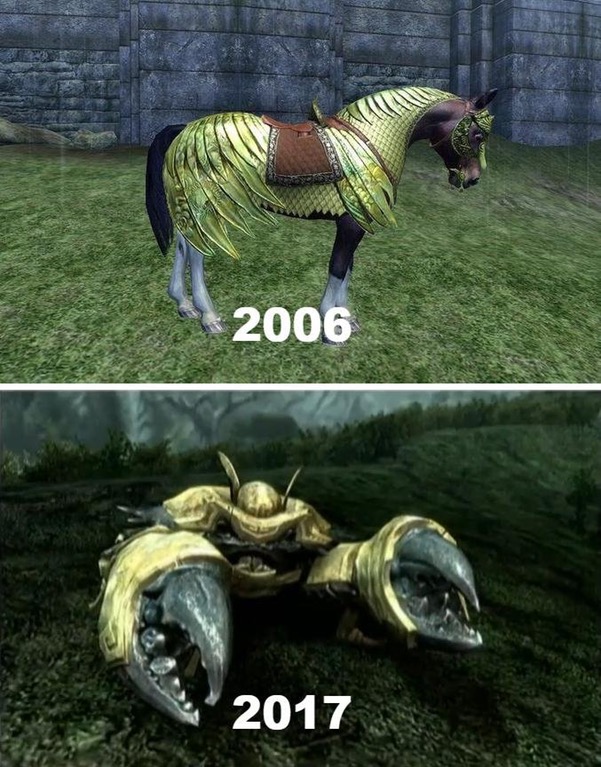 Yep, you can buy mudcrab armour. CMDR Muricaball’s thoughts on that might echo your own:

Is it all some meta joke stemming from PC Gamer’s jab at Skyrim DLC back in 2011? Thanks for the reminder, Dippa_: 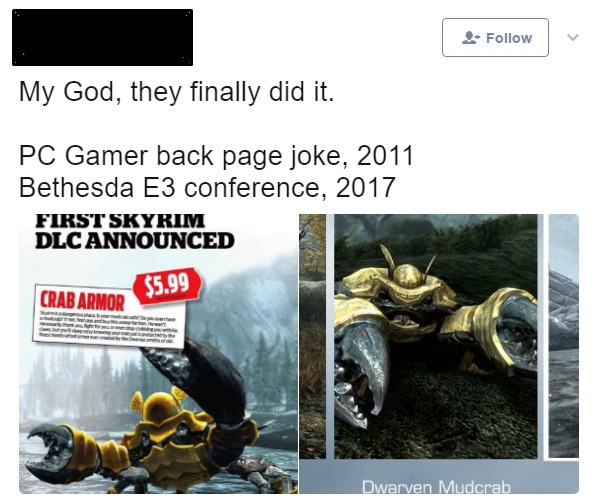 Is your reaction to the paid mods in the realm of JesusInMalibu’s?

Bethesda is shoving paid mods down our throats again

Let us know what you thought of Bethesda’s press conference, their new Creation Club, and how many times you’re willing to buy Skyrim, in the comments below.