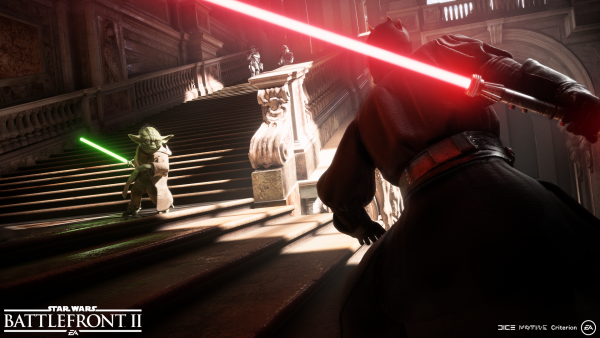 EA invited many YouTube personalities to its Play E3 2017 event over the weekend, so you know they all brought their capture cards.

As has been the case for years, the publisher allowed direct capture of the DICE game on show, which this year happens to be the stellar-looking Star Wars: Battlefront 2.

Featuring reworked flight mechanics, a new more focused class system, and post-launch content that’s going to be free for all owners, Battlefront 2 sure turned heads as a meaty sequel to 2015’s game.

Here are some of the gameplay videos we’ve come across online. This first one, by YouTuber WhiteBoy7thst, has over 20 minutes of raw gameplay showing a few of the different classes. There’s a lot of first-person footage in there, which we haven’t really seen much of so far.

This next one is from Muselk, the ace pilot who was tearing it up on the stream. The video shows all four heroes available in the build: Darth Maul, Rey, Han Solo, and Boba Fett.

There’s also a bit of N-1 Starfighter action in there for good measure.

If you’re looking for more flying footage, particularly in first person, MassiveG has you covered with some amazing V-wing action.

There’s a fair bit of Jumptrooper footage in there, too.