Anyone hoping to play FIFA’s story mode won’t be able to use Nintendo’s latest console to do it. 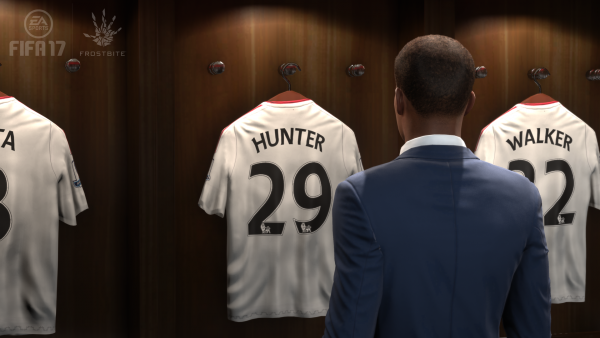 One of the FIFA 18 highlights during yesterday’s EA Play stream was story mode called “The Journey”, following a young man as he climbs the ranks of professional football. It’s a promising approach – although one which sadly will not be available to Nintendo Switch players. As it turns out, this is largely thanks to a decision to use an engine other than Frostbite for the Switch version of the game.

“The Journey is powered by Frostbite,” Andrei Lazaresco said in an interview with Eurogamer. “When we looked at the platform and its unique features, we made the choice of custom-building the game.”

While that might be disappointing for anyone preferring to play FIFA 18 on the go, the Switch version won’t be short on other features. “While it doesn’t have The Journey, it’s still the best portable FIFA experience we ever did,” Lazaresco continued. “It has Ultimate Team, which is our most popular mode. It has Career Mode, and you’ll be able to play as a manager and a player. It has local seasons, kick off, tournaments, seasons, it has all of that.

Whatever your preferred experience, FIFA 18 launches for the Nintendo Switch, PC, PlayStation 3, PlayStation 4, Xbox 360, and Xbox One on September 29, 2017.