The Scorpio reveal needs to be so much more than guns and cars in 4K if Microsoft’s going to have any chance at winning E3 2017. 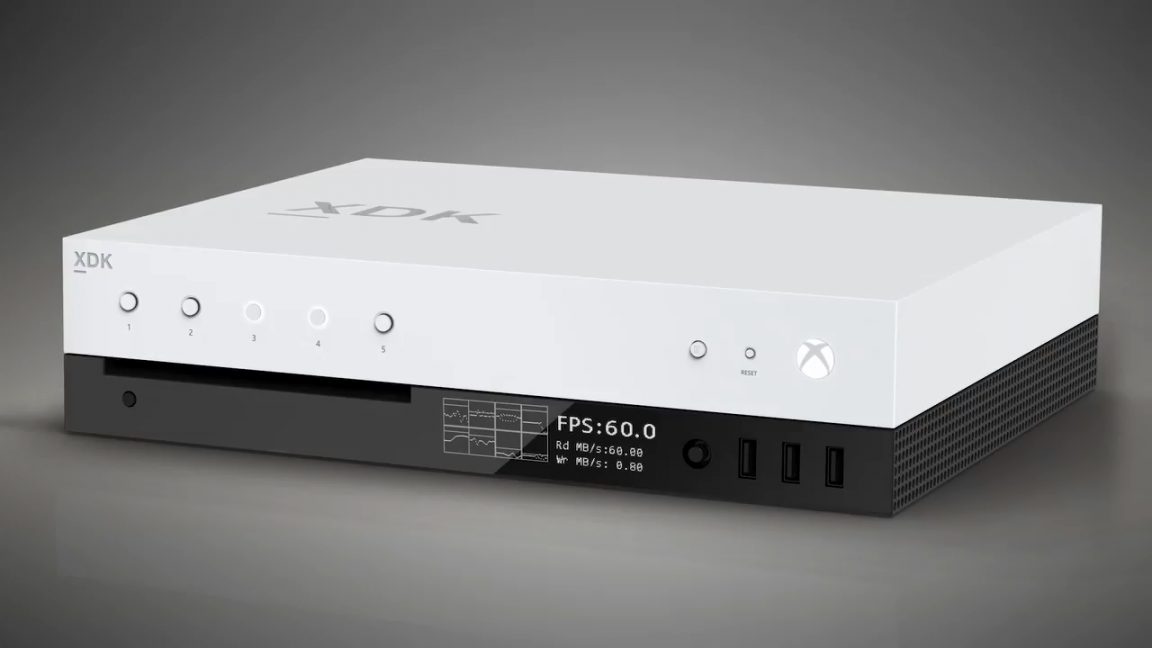 “Microsoft has been insistent that the Scorpio won’t have exclusives, but it wouldn’t surprise me in the slightest if Crackdown at least was only playable on the new console. It’s not like Microsoft hasn’t done massive u-turns in the past.”

Xbox does guns and cars really, really well. Dual-wielding and clutch control are its daily bread. But it can’t live on that alone. With the full reveal of Xbox Scorpio at E3 2017, it needs to steal the show with so much more. We want to believe it can do it, but breaking down where the Xbox One stands in 2017 – three years after it launched – gives us pause for thought.

I wanted to write a big list of Xbox One games we knew were on the horizon like we did for PS4, or even our predictions for Nintendo, EA, Bethesda and other major third parties. But the reality is there’s only a handful of titles we know about, and even less worth speculating on.

I’m not talking about indie releases like ID@Xbox here either, as much as I fancy a bit of Cuphead (and enjoyed playing it two years ago). The indie initiative is great and all, but none of them are the blockbusters we buy a new console for. It’s not why we’re chomping at the bit for the Xbox Scorpio.

As exciting as a new console launch is – it’s coming this year! – there’s no actual games glued to it at this point, a fact that makes me nervous. Honestly, I know Microsoft has been insistent that the Scorpio won’t have exclusives (the official line is that everything must play on Scorpio and Xbox One), but it wouldn’t surprise me in the slightest if Crackdown at least was only playable on the Xbox Scorpio. It’s not like Microsoft hasn’t done massive u-turns in the past whenever it needed to, and the pure power we’ve seen and heard about required for Crackdown demos so far has always been about ramping whichever console it eventually runs on up to 11. Remember when it was all about using the power of the mythical cloud to create bigger games? Yeah, okay.

But I’m getting a little ahead of myself here. It may actually be a good thing that we don’t know what to expect from Xbox at E3 2017. Surprises are great and make for a better buzz. Leaks are fun initially, and we fucks with them all day, so the prospect of Microsoft dropping surprise nukes on June 11 gets the ticker pumping. But in reality very few surprises happen at E3 anymore, as publishers jump the gun to get their games out front before the show has even kicked off. Hell, EA is booting its doors open three days early on the Saturday so it can go first. By the time Tuesday afternoon rolls around and the show officially opens, most of our work is done. By Wednesday afternoon I’m planning a smoke and beer in Santa Monica.

As well getting the de-facto exclusives from Japanese studios (see Nier, Nioh, Persona this year), Sony has a stack of games that we already know about because it has the internal studios to produce them; double the amount Microsoft has. But let’s look at Microsoft’s worker drones and see if there’s potential for genuine surprise.

Turn 10 will show up with a new Forza and it’ll look as slick as ever. Zero surprise. The Coalition should be all over a resurgent Gears of War if the sales justified it, although it didn’t exactly blow up with gamers. But maybe its success with Gears will help MS push the green light on new IP from those beautiful Canadians. That’s certainly something to look out for. Meanwhile, those scamps at Rare are working hard on Sea of Thieves although there’s a surprisingly low support from Xbox marketing on that, especially considering the excitement it’s generating among fans. I agree it’s never going to be a blockbuster, but it looks like unadulterated fun to me, and I’m a miserable old bastard. 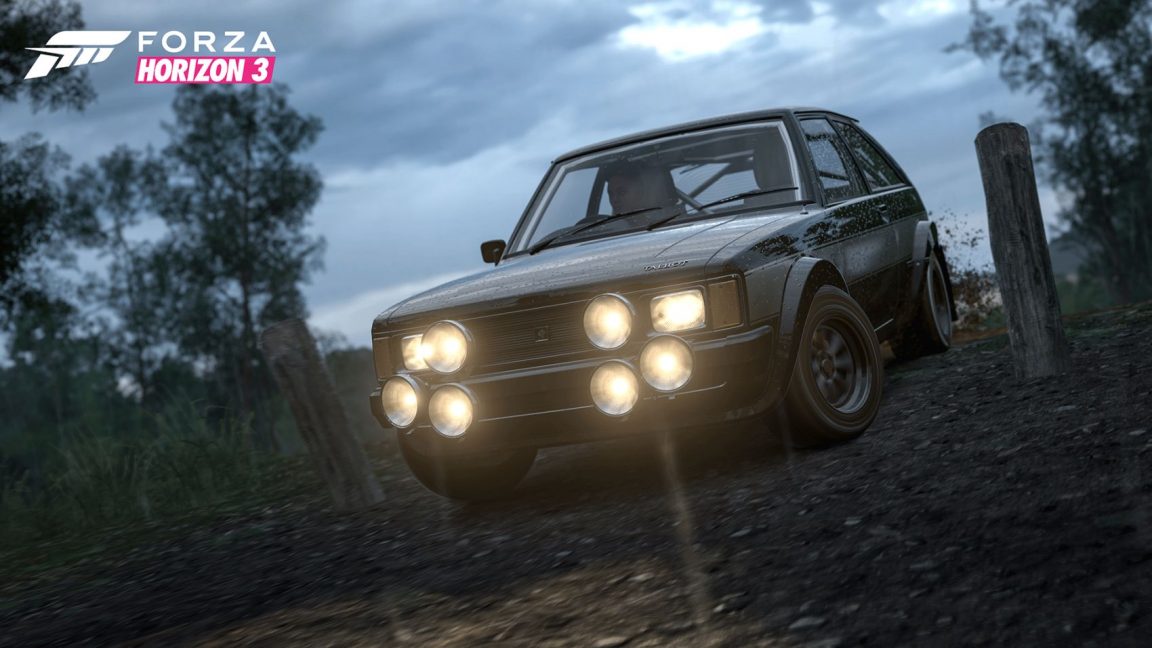 What would a new Xbox console launch be without a hint of Master Chief? Having admitted it screwed up with Halo 5, E3 2017 would be a perfect time to reveal a teaser for Halo 6 from 343 Industries. It would give them plenty of time to reclaim some Halo goodwill after the weak interest in Halo 5 and the disastrous release of Halo: The Master Chief Collection.

Which leaves us with Mojang. While the Minecraft monster cannot be stopped, should we ever expect anything else from the studio? I mean something more than a collectible card game or side-scroller. Microsoft paid $2.5 billion for Steve and Co but it it’s true that it was really about avoiding paying US taxes then let’s never hold our breath.

No one needs to drag up the stumbling life of the Xbox One and it’s kind of done a decent job of turning around after the initial shitshow reveal. But it can’t be denied that in this generation the console has only ever kept its head above water. Around 30 million sales isn’t to be sniffed at, but when your rival has doubled that it becomes clear why you’re not keen to talk about sales figures anymore. A trail of high-profile cancelled games like Fable Legends and Scalebound is bad, but you might argue that a bunch of damp squib IPs like Recore and Sunset Overdrive are just as damaging. All that money to make and nobody bought them. Anything outside of guns and cars seems like a risk. 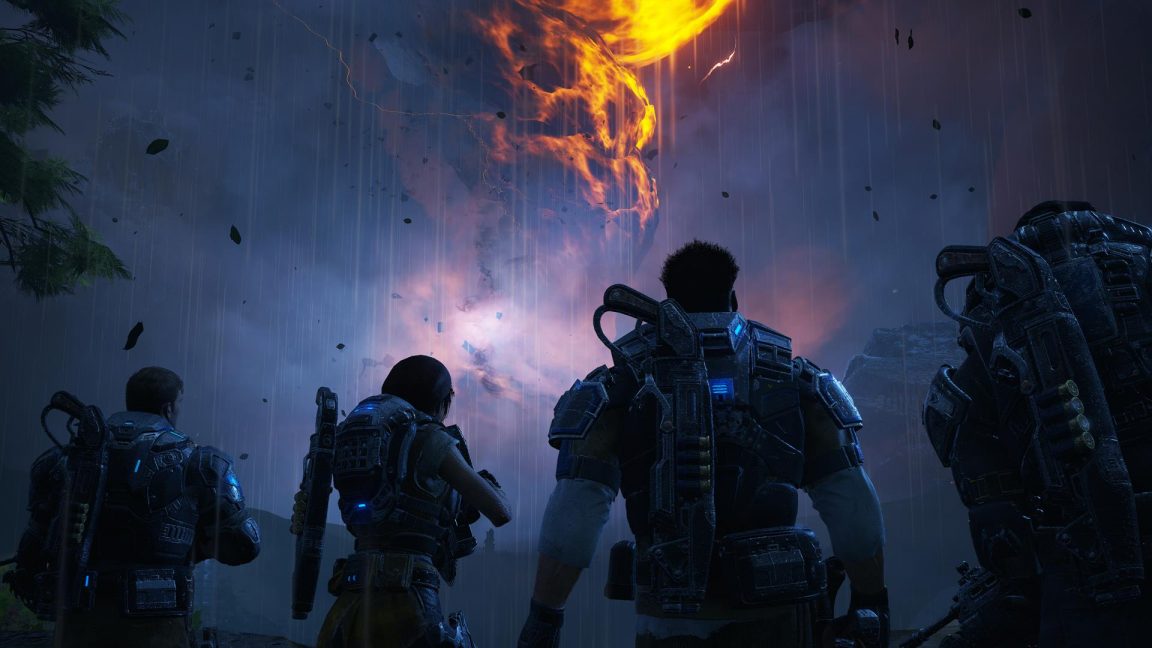 “Scorpio won’t thrive by sharing massive third party hits like Destiny 2 no matter how big they’re going to be, especially when PlayStation has already got partnerships in place.”

Despite almost pulling it back and actually picking up some momentum last year, 2017 has been flat for the Xbox One. PS4 looked pretty glorious with Horizon Zero Dawn shining down on it. Nintendo Switch has bought cheer to many through its zest and repackaging of evergreen favourites like Zelda and Mario Kart. What has Xbox One done so far this year? Halo Wars 2. Perfectly playable and by all accounts half decent, but it’s only ever going to be a real-time strategy game on a console. That’s like having the best salad ever at a steakhouse.

Microsoft did a great job of revealing all the Scorpio specs before the show so that it can focus purely on games at E3. That’s the first step in a long hike. As much as it might smart hardcore fans, it’s probably going to talk down the Xbox One as a brand in favour of its new baby, which again, will be the right way to do it. It needs exclusive games that just can’t be played anywhere else. It’s needs a Master Chief helmet so shiny it reflects the drooling mouths of everyone in the Galen Center. It needs Mechwarrior in VR. It needs to pull a page from Sony’s book and reboot names long dormant as well as throw out five brand new projects of its own, one after the other. Let’s not pretend a new season of Killer Instinct is going to blow any doors off. 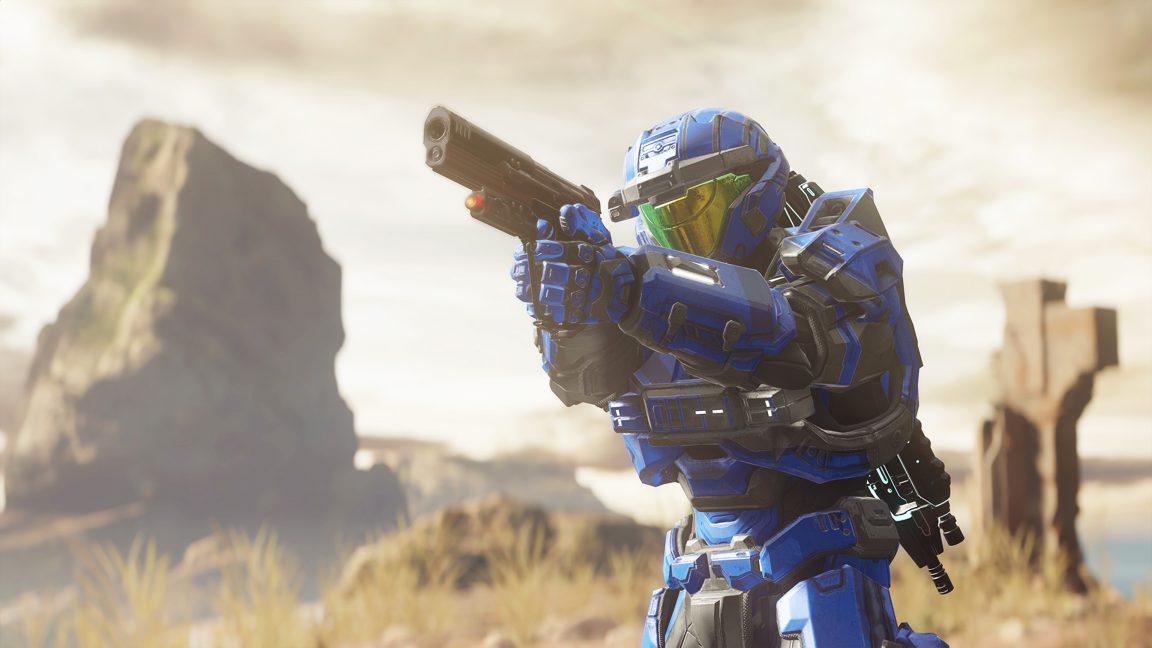 But with smaller internal development capacity I don’t know where the games are going to come from. I don’t believe that it has the respect or number of sales this far down the line to buy up exclusives from third-party developers, not when it has so willfully chopped its own staff down, from Ensemble to Lionhead. The Scorpio won’t thrive by sharing massive third party hits like Destiny 2 or Red Dead Redemption 2 no matter how big they’re going to be, especially when PlayStation has already got partnerships in place. As much as we’re all going to get a kick out of seeing the powerful new console design for the first time, a higher price than the PS4 Pro is going to shock us back to reality.

It’s always all about the games. So as much as Xbox is joining the 4K evolution and the VR novelty fun, it’s playing catch-up to a console that is already splashing around in this bright future. It’s impossible to not compare the two, yet even on its own merits it seems to be lacking. The ideal E3 for Microsoft in 2017 would be to roll out 90 minutes of exclusives and big hitters, spelling out why games on Xbox Scorpio are going to be unique, and why you’ll think nothing of once again dropping hundreds of dollars on it come Christmas. It sounds so simple, but Microsoft’s efforts this generation are evidence that it’s absolutely not.