Battlefield 1 will open up the Eastern Front with its new expansion, and along with the new trailer, we have been handed more details on In the Name of The Tsar.

Electronic Arts certainly started off its E3 presentation on a good note with new content forBattlefield 1, one of the most critically-acclaimed entries the series has seen in years.

On top of updates to night maps like Nivelle Nights and Prise de Tahure, everyone got a first glimpse at the new Eastern Front expansion In The Name of the Tsar.

This new expansion focuses largely on the Russian army, who had to face German forces while dealing with major internal struggles at home. Under that theme, In The Name of the Tsar introduces the 1st Russian Women’s Battalion of Death, six maps, 11 weapons including the Mosin-Nagant M91 and Russian Standard 1912 grenade, the coastal gun batteries stationary weapon.

A new operation based on the Brusilov Offensive is included, and players will also be able to ride with the legendary Hussar cavalry using the new lance and make use of an evolved horse move set.

Players will also be able to pilot the Ilya-Muromets Heavy Bomber, make use of the Putilov-Garford Heavy Armored Car’s firepower, and “spawn strategically” on the Y-Lighter Landing Craft. 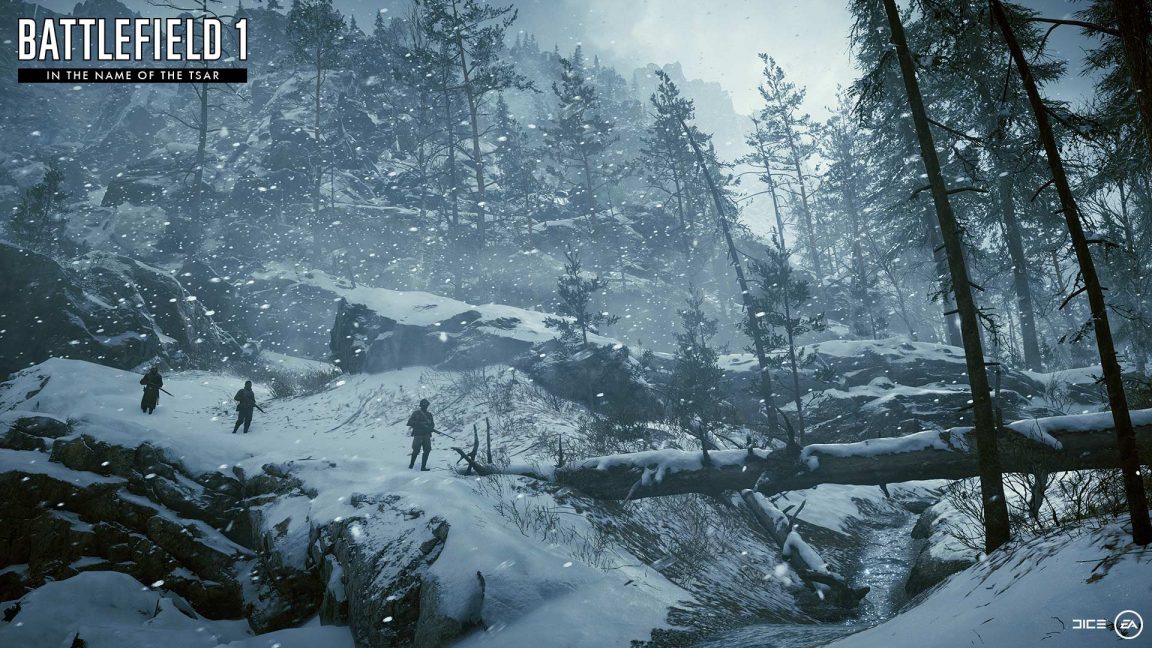 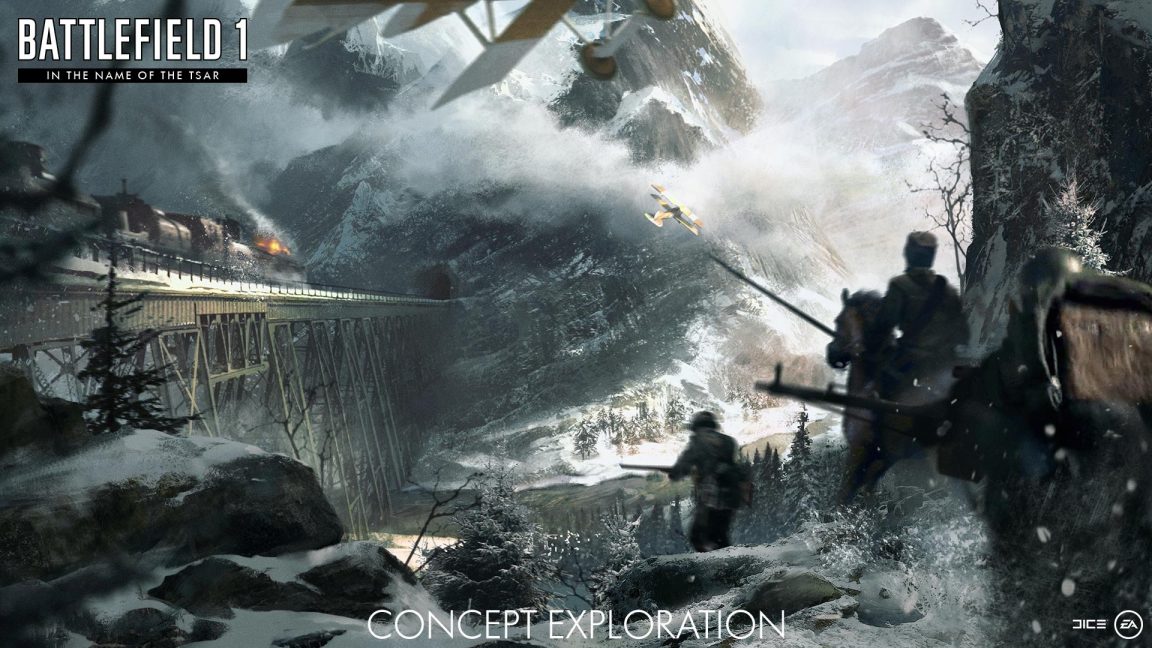 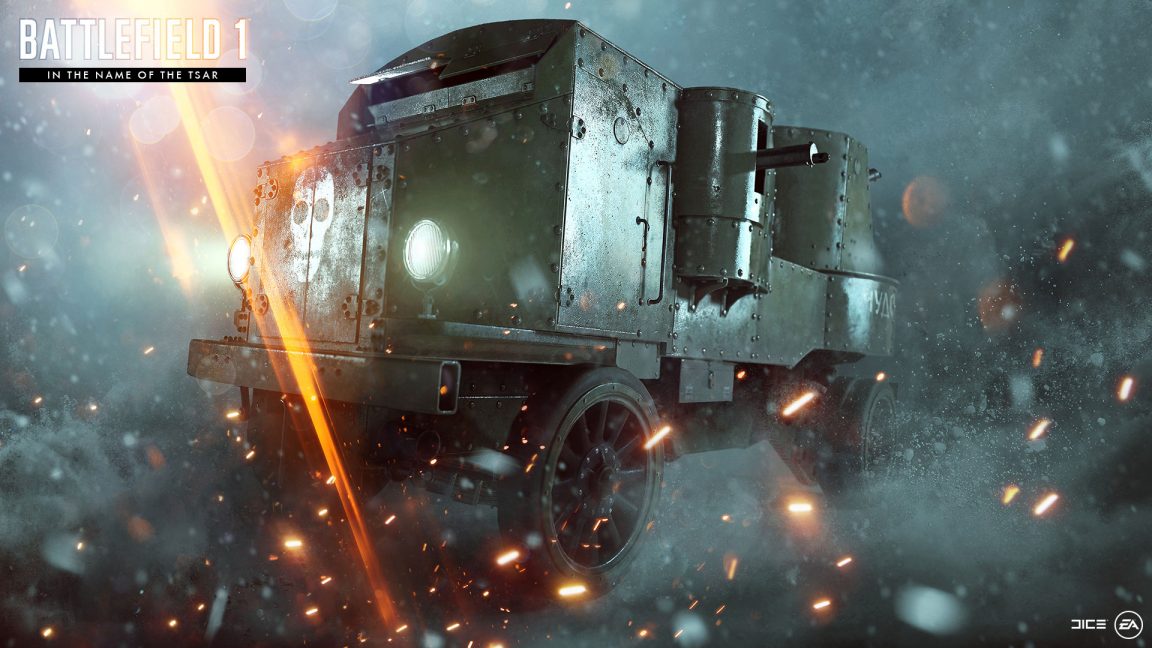 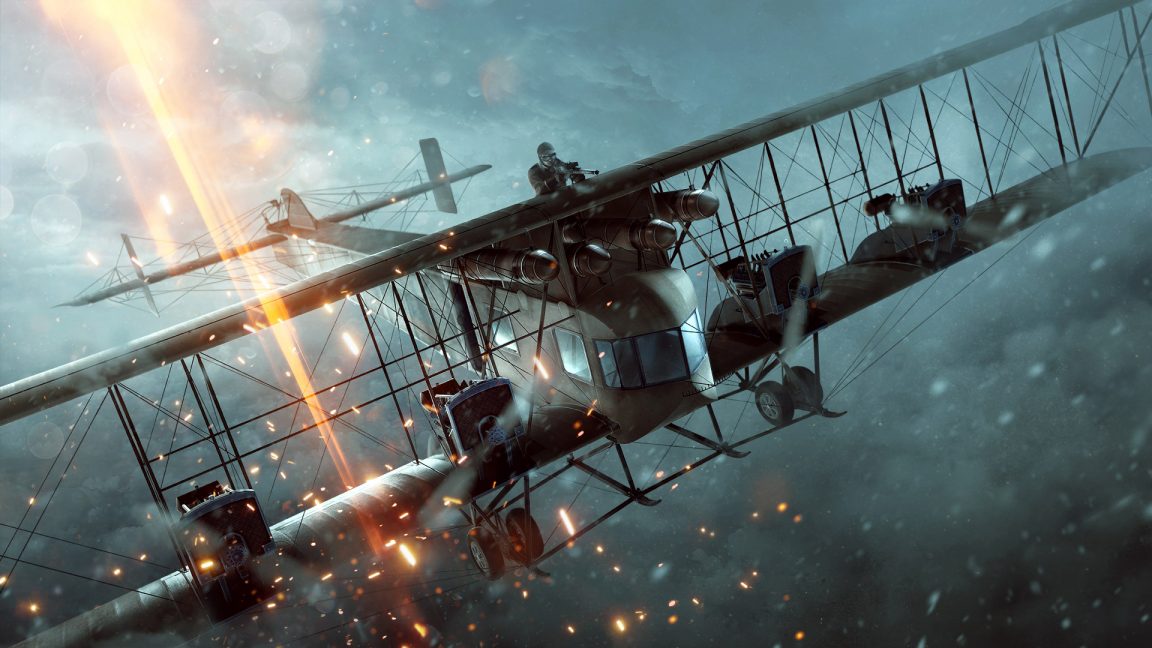 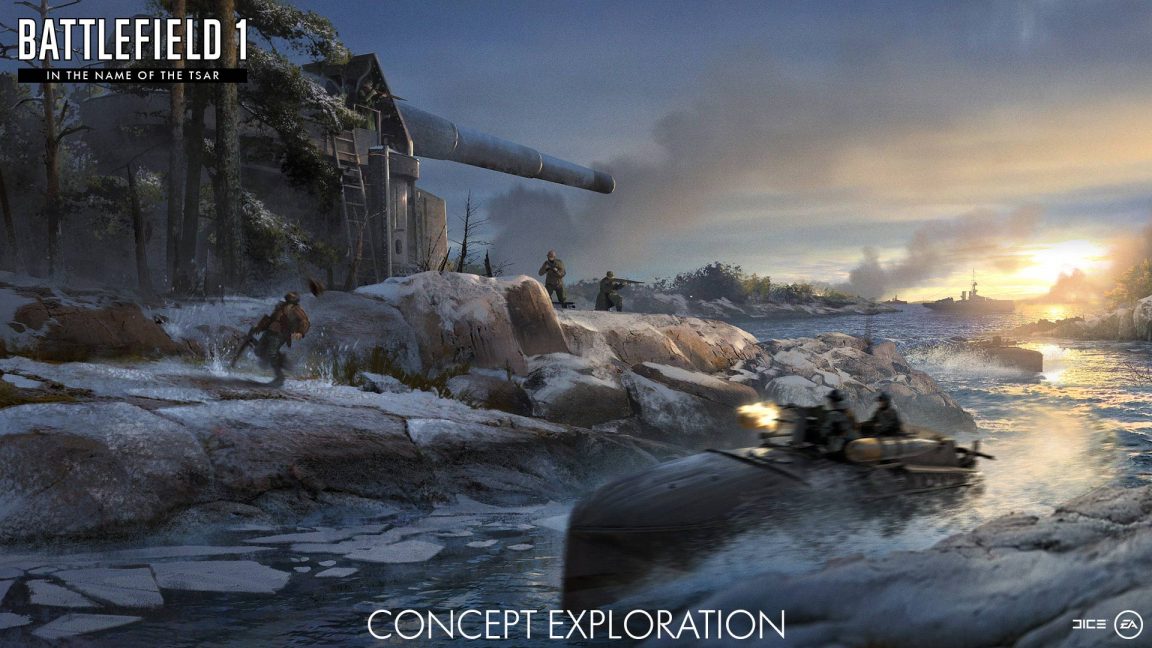 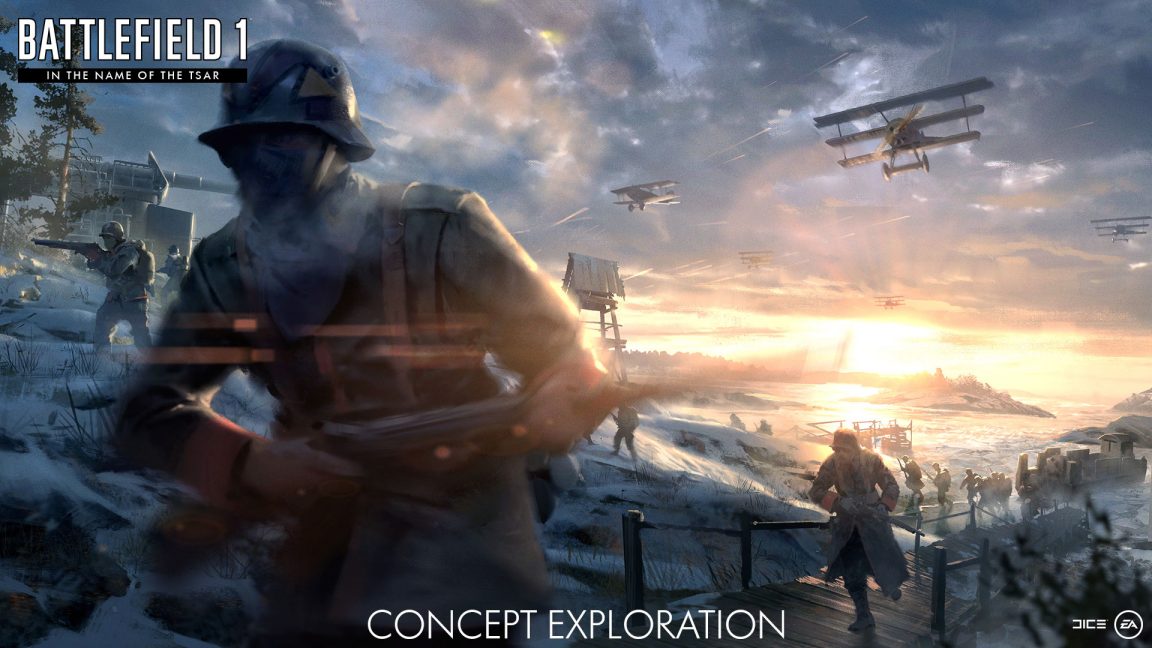 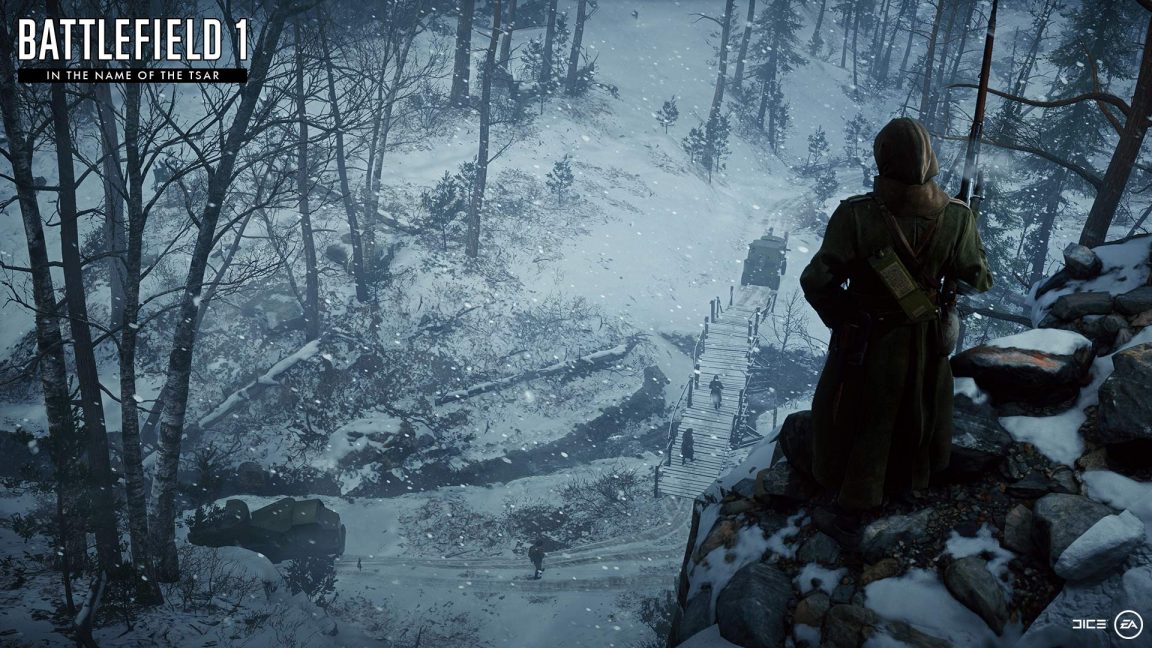 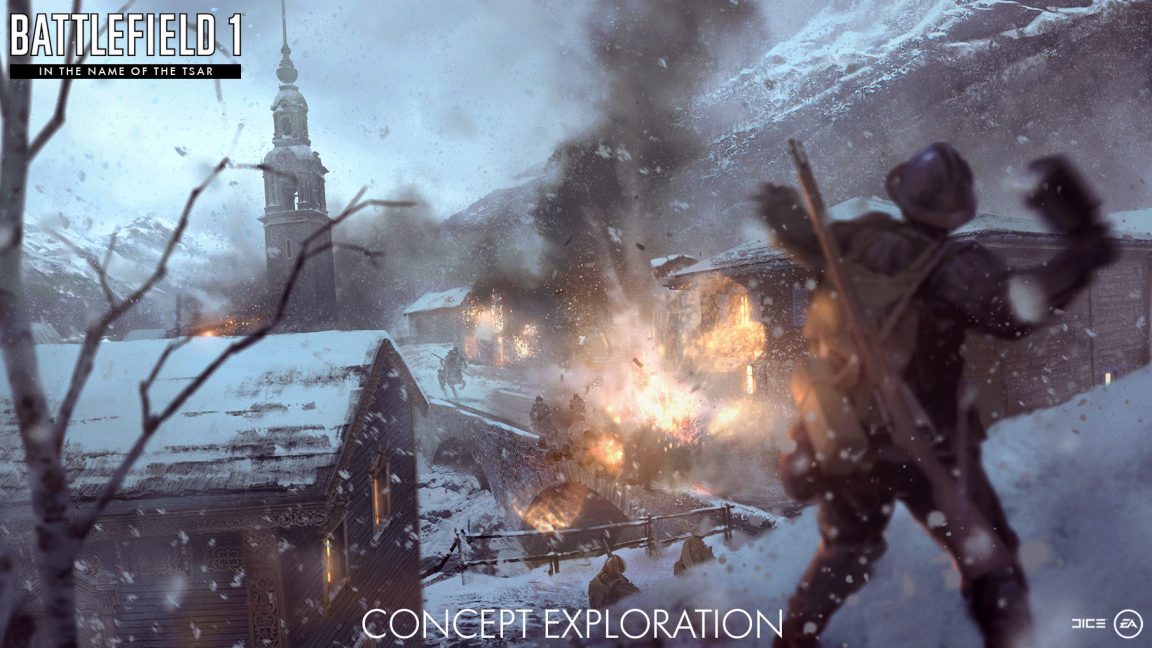 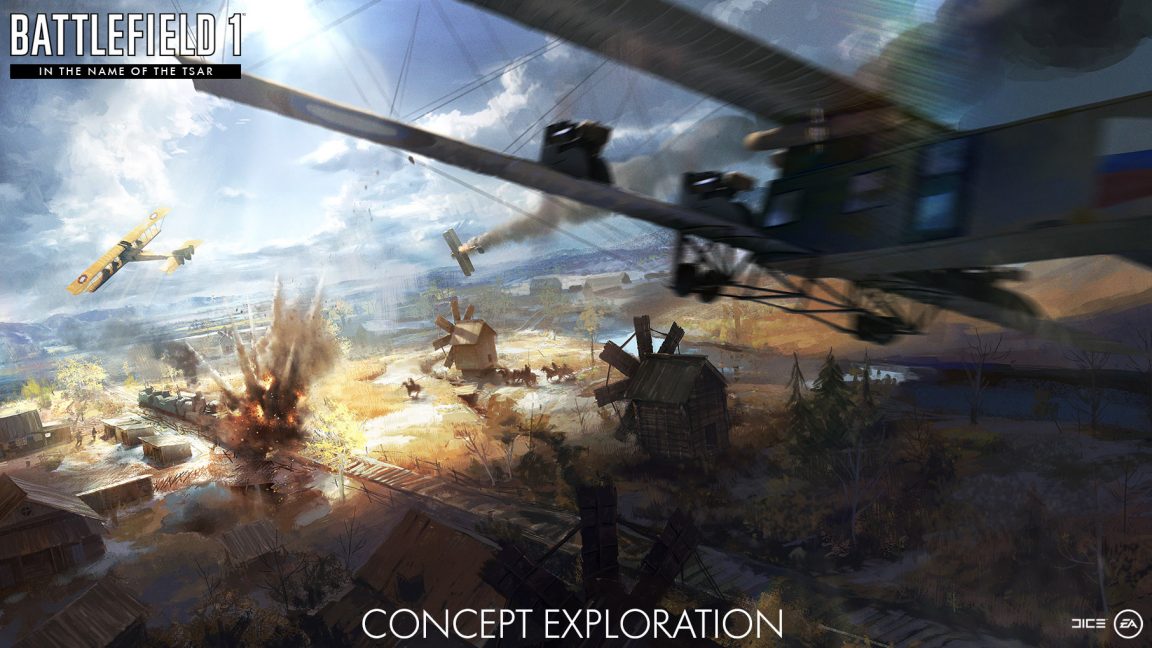 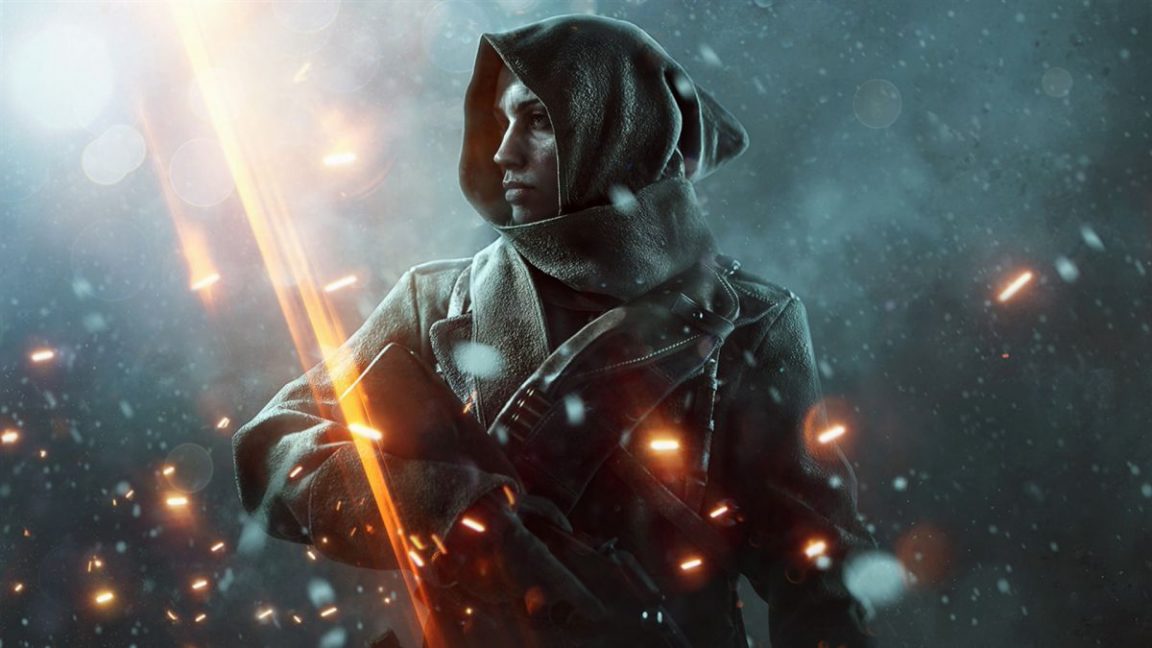 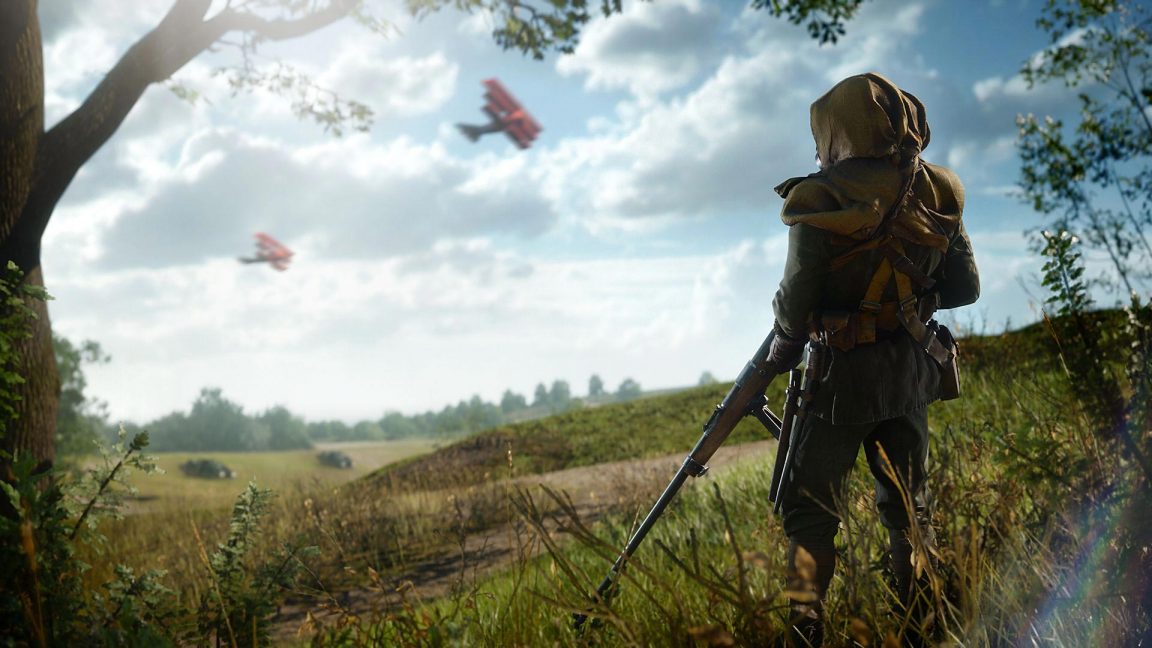 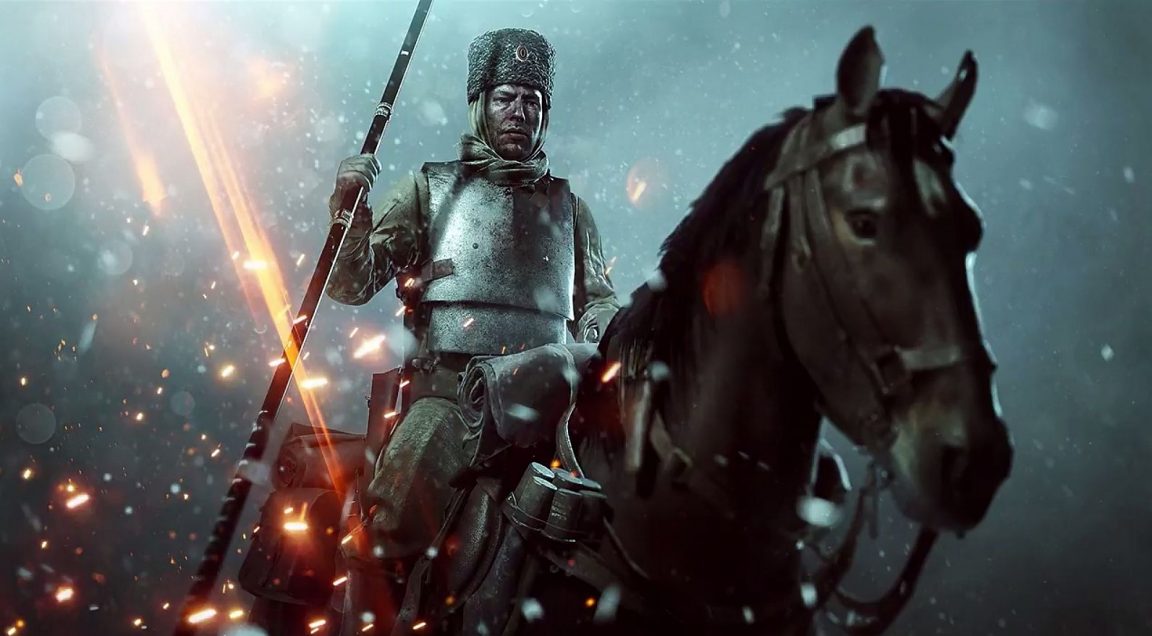 Here’s some information on four of the maps straight from DICE:

More information on the two extra maps will be revealed at a later date.

You’ll even gain a new game mode called Supply Drop, where planes airdrop the supplies needed to fight survive your opponents on the Eastern Front.

Battlefield 1: In the Name of the Tsar will be released in September.