Ready to dominate in Arms? Then you’ll want to have a look at these six, handy tips.

Arms looks to be the next big thing from Nintendo, going by reviews and the serious buzz it’s getting online thanks to the Global Testpunch demos.

Hopefully, there’ll be another Arms weekend event before it releases later this month, but Nintendo hasn’t announced on just yet.

To prepare yourself for its impending release though, here’s a few things to take into consideration if you want to come out on top. 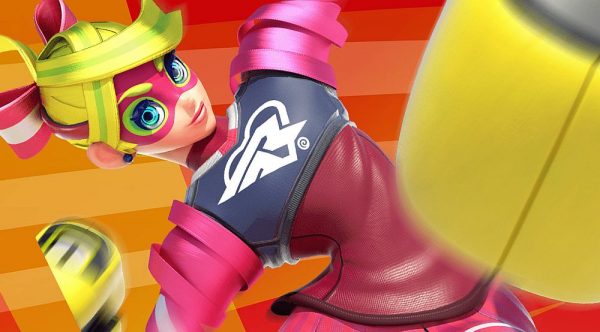 Always remember: Punch beats Grab. Grab beats guard, and Guard beats Punch. Think of it as the Arms version of Rock, Paper, Scissors. A single punch will counter an incoming grab. So, even if you see two arms coming to grab you, a one punch will be all you need to counter it.

Grabs are slow and easy to predict, so it’s best not spam the grab button. If you successfully counter a grab as noted about, you can go in for the counter attack with a grab easily, especially when the opponent is stunned. Just don’t rely on the move all the time.

A guard is used as a means to block incoming punches, but you can’t just stand there and guard all the time. It won’t work out very well because if you take too many hits, your guard will break.

If you dash once a punch hits your guard, you will pull of what is known as a Guard Counter. Essentially, you dash through a punch and it will provide you with an opening to follow up. The window is short, so it may take some practice. The game won’t counter for you either – it’s up to you and you alone.

Having the proper arms equipped and a full meter, a Rush Attack can be performed to dole out some serious damage.

Each character starts with three default arms. You may like these, or you may not. To get new arms, you will need a minimum of 30 credits to play a minigame to earn new arms. If you pay 200 or 300 coins to gain entrance to the minigame you will have a longer timer.

So, even if you only go in with 30 coins to play, hitting those will extend the timer. Coins are earned playing matches online, and offline against the AI. If you set the mode to easy, you can beat the AI rather quickly earning coins for every match won.

Watching a game replay will help you prepare for the next match. Lose? Definitely watch to see where you went wrong. Did you go in for a grab instead of a punch? Did you expose yourself by blocking too long? Is your friend constantly kicking your butt and you want to know why? Watch the replay.

There are various options available such as slow motion and pause so you can get an even closer look. You can also switch the camera around to see the fight from different angles.

Be sure to give your replay a watch as soon as the match is over, as the game doesn’t seem to save replays.

The Importance of Charge Time

Charge Attack allow you to access the unique abilities of each arm. These can be elements such as fire and ice, or more debilitating such as shock or stun.

There are three main ways in which to charge your arms: hold either dash or jump; get a quick charge by holding block. When using the latter method you will need to use your charge right away as it will be on a short timer.

Using dash or jump gives you more room to breathe if you wish to hold the button down longer. Like many games, the longer you hold the button down the more your power will be charged. And you don’t have to remain still to charge: holding the jump button down after jumping will allow you to charge without hopping around like a bunny.

Rush attacks are your super move in Arms. When your meter is maxed, release a Rush Attack to deal massive damage to your opponent. Pick your opening carefully because it is possible for your opponent to block the attack. So, don’t waste a Rush Attack on an opponent who is guarding – unless you know for a fact it is a weak guard.

Rush Attacks can also act as counters if times right, so remember that as well.

Obviously Arekkz goes into much more detail on each of the tips in his video. Be sure to give it a watch.