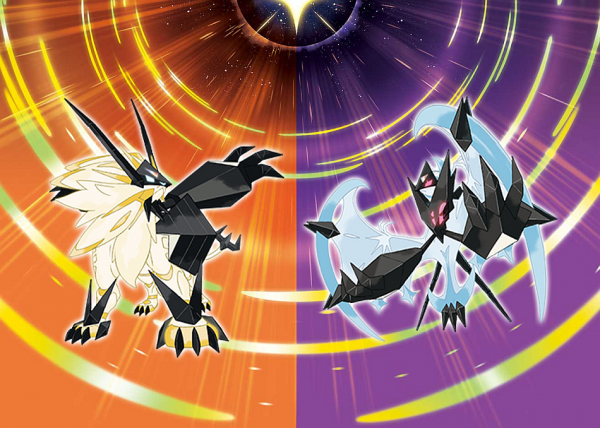 During the short clip shown during today’s Pokemon Direct, it was revealed Pokemon Ultra Sun and Moon will feature new adventures, story additions and new Pokemon not available in Pokemon Sun and Moon.

Two new Pokemon forms were shown resembling that of the Legendary Pokemon Solgaleo and Lunala.

The former is the Psychic/Steel creature acquired in Pokemon Sun and the latter is a Psychic/Ghost type from Pokemon Moon.

More information will be announced for Pokemon Ultra Sun and Moon later this year, and possibly E3 2017.

We also expect to hear more about Pokken Tournament DX along with Pokemon Gold and Silver next week during the Nintendo Spotlight stream at 9am PT, 12pm ET, 5pm BST, 6pm CEST on Tuesday, June 13.

Wanna hear something fun? Pokemon Ultra Sun and Moon were listed on the Nintendo UK press site for Switch.

Nintendo Life caught the listing before it was quickly removed, and took some screencaps.

Nintendo said the listing was a “clerical error” as the game is exclusive to Nintendo 3DS and will not be coming to Switch.

Pokemon Ultra Sun and Moon will be released on November 17. For 3DS-only.