In case you somehow missed it, Mario + Rabbids Kingdom Battle is a thing that’s happening, and as terrifying as it is, the amiibo are worse. 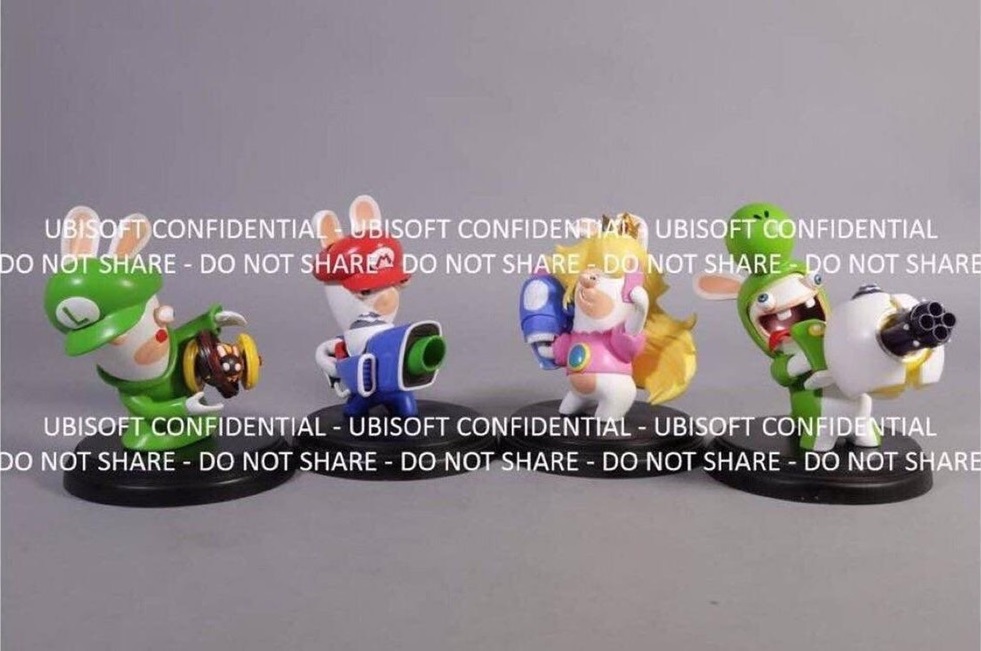 The Rabbids/ Mario crossover for the Switch was announced a couple of weeks ago following leaked artwork for the game and the internet isn’t thrilled at the idea.

Disdain for the title ranges from the fact that apparently everyone hates Rabbids, to the characters’ penchant for wielding guns. For others it’s the Rabbids parading around in Mario fancy dress, and that’s why these prototype amiibo are so horrifying.

The leak comes from Reddit and there’s no source so we can pray that this is wholly fake and isn’t a blight waiting to be set upon the world.

The base isn’t that of standard amiibo and they have more in common with the Nickelodeon Rabbids Invasion figures, so it could be that they’re toys for a special edition, or effigies to induce nightmares in misbehaving children.

Mario + Rabbids Kingdom Battle is set for release in August or September and was initially going to be revealed at E3 2017 followed by an immediate release.

So if you’re champing at the bit for more Mario + Rabbids news, sit tight for another week when we’ll undoubtedly hear more. And maybe book yourself in for an MRI – just to be on the safe side.