If you haven’t tried Gears of War 4 yet, you’ll be able to starting next weekend for free. 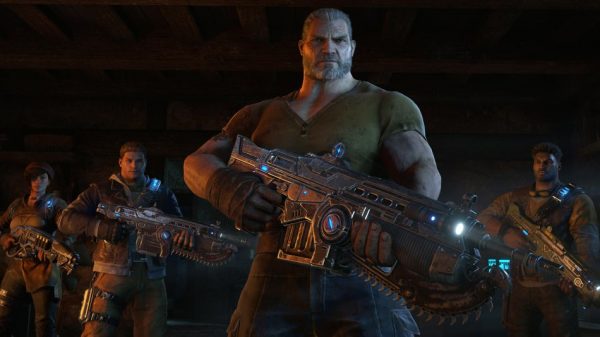 Both Xbox One and Windows 10 users will be able to download Gears of War 4 and play the entire game for ten hours starting Friday, June 9 (thanks, Blue).

Again, the trial is the full game, which means the campaign along with Versus and Horde modes are included.

Time doesn’t start ticking until you fire the game up, so if you are short on time next weekend, go ahead and download it because you’ll have until June 15 to play it.

As an incentive, everything earned in the trial such as Achievements, Cards and Campaign progression are the player’s to keep forever, according to The Coalition. More information and an FAQ on the game is available through that link.

Those new to the game will also be handed reward bonuses to earn as they level up. These include guaranteed characters, weapon skins and new Horde Skills.

Trainee Packs will drop when certain milestones are met, and upon reaching level ten the player will be handed a Second Wave COG Gear Pack and then a Second Wave Swarm Gear Pack upon hitting level 15.

Just before the trial kicks off, the free Rise of the Horde update will be released on June 6. It includes 15 new Horde Skills – three per Class, level 6 skills, Loot Drops, tuning changes and new difficulty levels.

With the update, players will also be rewarded when defeating Bosses. Each Boss Wave defeated at Wave 30, 40 and 50 will drop a singular random Horde Skill. Harder difficulties increase the likelihood of a rare drop.

It’s possible new Gears of War 4 information will be provided, maybe something pertaining to the game on Xbox Scorpio. Especially since the free trial is going on during the annual conference. Who knows. You’ll have to watch the stream to find out.

To recap: the Gears of War 4 trial will be available for download starting June 9 and playable through June 15.