People Can Fly looks to be back in the business of making high-budget games with a new deal with Square Enix. 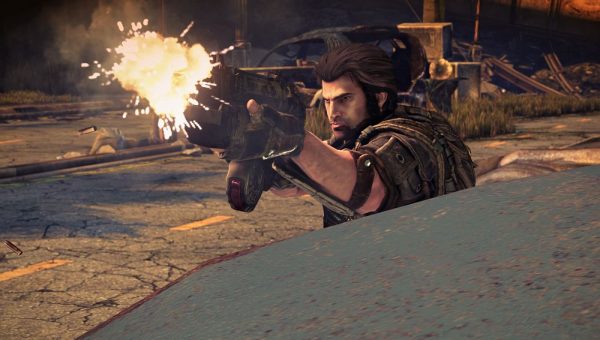 Square Enix has announced that it’s partnering up with Polish studio People Can Fly to work on an unnamed, AAA project.

The project is being developed for PC, and consoles, and was referred to as “high-end” in the press release. The Warsaw-based team is expanding as result, with multiple job openings having been made available.

Whatever it is, it sounds very early in development, as Square Enix confirmed it won’t be at this year’s E3. The publisher also did not reveal the smallest bit of detail about the project, not even mentioning the genre.

“We’re building a game we all want to play which will be the perfect addition to our portfolio,” Lee Singleton, head of studio at Square Enix London Studios said.

People Can Fly is name well-respected in the shooter community for creating the Painkiller series. The studio worked alongside Epic on multiple Gears of War games, including the PC port of the original Gears of War.

People Can Fly’s other original game is Bulletstorm, the cult classic shooter that recently received a remaster on PC and consoles. The studio was acquired by Epic in 2012 to work on Gears of War: Judgement, which it lead development of.

Almost two years ago, People Can Fly split from Epic and the studio returned to its original name. Since then, and outside of the Bulletstorm: Full Clip Edition announcement, things have been quiet on its end.