We know there will be new Gear, Weapons and other special things awaiting player in Destiny 2 when it releases, but what about social spaces? The map? Areas to traverse? Well, here’s everything we know about all of that – so far.

In the video above from Arekkz, he discusses the planets and moons players will be running around on in Destiny 2.

But he talks about so much more than that: there’s the lovely map, The Farm, no longer being forced to go into Orbit, Adventures, Public Events, Activities, Lost Sectors, Patrols and many, many more fun things.

We’ve broken down some of it for you below, but not in as much detail as Arekkz does in his video. 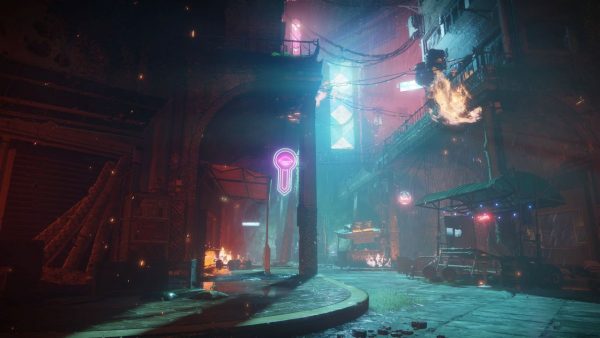 As previously reported, the planets are Earth, Nessus and the moons Io and Titan. These are the only areas in the solar system which have been announced at present. Players will not be revisiting locations from Destiny 1 – at least for the time being. You never know what the future holds.

On Earth, the Vanguard have set up camp in the European Dead Zone which is the largest destination yet, for Destiny. The area features a lush forest, an abandoned town, pre-Golden Age ruins, the Fallen’s House of Devils was known to have a presence there before disappearing, and a cave system. Earth is where the Red Legion has a military base set up that players can explore and contest.

Here, players will also find a massive shard off The Traveler. It’s speculated this is where players will gain new abilities and regain some previous ones.

Want to know more about Destiny 2? Here’s every bit of intel on Bungie’s Next Big Thing we could get our hands on.

The moon Titan one of the legends of The Nine states the Leviathan Intelligence originates on the moon or Europa which is the smallest of the four Galilean moons orbiting Jupiter. In the Golden Age, The Traveler turned Titan into an ocean moon. Now, centuries later, it has turned into a methane-filled warzone.

Titan is also where Commander Zavala is regrouping at the hands of Ghaul. There is no land on Titan. Instead, players will explore a series of the Golden Age platforms surrounded by the rolling, methane ocean.

Nessus is described as a “strange and unstable planetoid” and it’s orbit is irregular. 125 years after the Seeder Crisis, it reentered the galaxy and is now positioned closer to the sun than Uranus. It has been fully consumed by the Vex. Here is where players will find Cayde-6 caught up in his own adventures in machinery landscape featuring “sheer walls, lush canyons, and creepy Vex caverns.

This is where players will participate in The Inverted Spire Strike.

The final area is Io. This is where Ikora Rey is searching for answers after the loss of the Tower. It is also the last known site the Traveler visited during the Golden Age. It was in the process of terraforming the moon when it detected the Darkness approaching. It then abandoned Io and headed for Earth.

Io is sacred to Guardians and Warlocks, unfortunately though, it is now occupied by enemies. 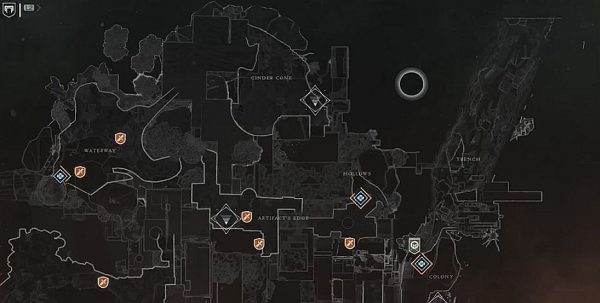 Players will be pleased to know Destiny 2 will contain a map. Player will be able to access the map while on the planets and moons and choose where to go and what to do.

Each of the floating space rocks will have multiple landing zones, which will keep players from having to zip around the place in order to get where they want to go. This sounds handy considering all areas of the game are larger compared to Destiny 1. Now, players need only to pick a landing zone, explore, and seamlessly jump into other activities in game.

As we told you when Destiny 2 was fully revealed, there is no need to go to Orbit when moving between activities. A seamless Navigator gets you into the action faster.

The map, as you can see shows various activities such as Public Events, Lost Sectors and Quests.

A timer will be shown for Public Events as well so players will know when one is about to kick off. These events will also have Heroic objectives will provide an alternate way to participate and offer better rewards in the process.

Patrols are on the map and will be discernible via flashing beacons. There players will find hidden chests, materials to farm.

Another icon noted on the map is Adventures. These are 10-15 minute activities handed out by notable characters. These will introduce players to new gameplay mechanics, while sometimes player will be sent off to explore deep corners of the map.

Adventures will also have their own self-contained stories. While exploring, players can discover Lost Sectors which are “scattered, enemy dungeon layers throughout the world,” ans some will even feature unique boss enemies guarding treasure.

Main story missions will also be available to access through the map. 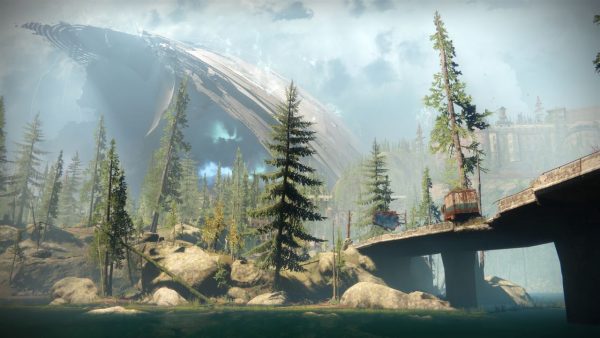 Say so long to The Tower and hello to The Farm, as it’s the new social space in Destiny 2. The area sets withing the shadow of The Traveler, something Arekkz mentioned earlier in the video.

Th Farm will be the only social space when the game launches, because Bungie didn’t want to split up the social spaces as they did with Destiny 1. This space will evolve over time, but whether more social spaces are added in the future remains to be seen.

This are will have a Cryptarch decode Engrams, a postmaster, an area to play football/soccer, and places to buy weapons and armor. No word yet on whether the Factions Vendors will return. But this will be the arena in which players will encounter the important character Hawthorne.

She is said to have lived the majority of her life outside of the Guardians’ protection, and her purpose is to “provide shelter to humanity by helping them not only survive, but lead a better way of life.”

Players who purchase the collector’s edition will become the proud owners of the Frontier Messenger Bag, which is worn by Hawthorne.

Anyway, give the video above a watch for some additional color.

Destiny 2 will be released on PS4 and Xbox One September 8. It is also coming to PC but a release date has yet to be decided.