The Battlefield 1 May Update, which makes it easier to find Operations games and nerfs bayonet charge, is now available for PC, PlayStation 4 and Xbox One. 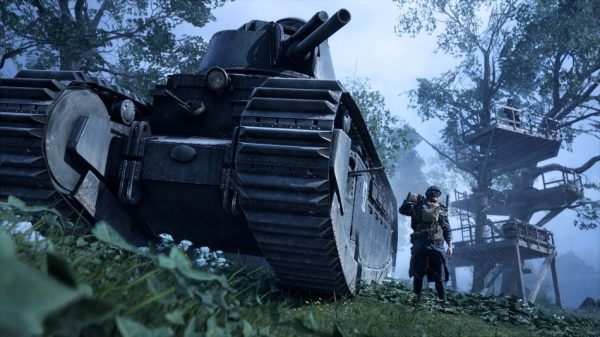 Along with weapons, tweaks, balances, and adjustments made to Battlefield 1, Premium Friends has returned. DICE said it will be active in the lead up to EA PLAY, which takes place the Saturday before E3 2017 kicks off.

As previously reported, one of the changes made to Operations is players will loop back to the same Operation rather than exiting the mode. This will put the player on opposite side of the battlefield.

DICE used the French and German armies as an example. If a player was on the French side when the Operation ended, it will loop the player back to the same server instead of returning to the globe screen, and they will be on the opposing side.

This should help reduce the occurrence of being matched into an empty server, said the studio.

In the coming updates, DICE plans to “continue to expand this feature” to cycle through a complete Operation playlist.

Below you will find the full patch notes for the game, which provide more information on the promised changes to the Netcode. Once the update is applied, it will relax some of the ping requirements that were added with the previous patch.

Changed how max range for AA is applied

Max range now varies depending on the pitch of the gun. Shells can travel a maximum horizontal distance of 300m, and a maximum vertical distance of 450m. This applies to both the stationary AA and the AA truck.

Previously AA shells timed out at the same max distance from the gun regardless of direction, resulting in a roughly spherical volume covered by the gun. This means horizontal range was as large as the max height the shells could reach, and that at very high altitudes the AA could cover very little area, even if its range was technically large. The new AA shells will have slightly less horizontal range than before at low altitudes, but they will retain that range all the way to the flight ceiling.

This will make AA much more effective against high altitude aircraft without making it able to reach distant, low flying ones as well.