Well, that’s one way to show off a new game before it’s even announced. 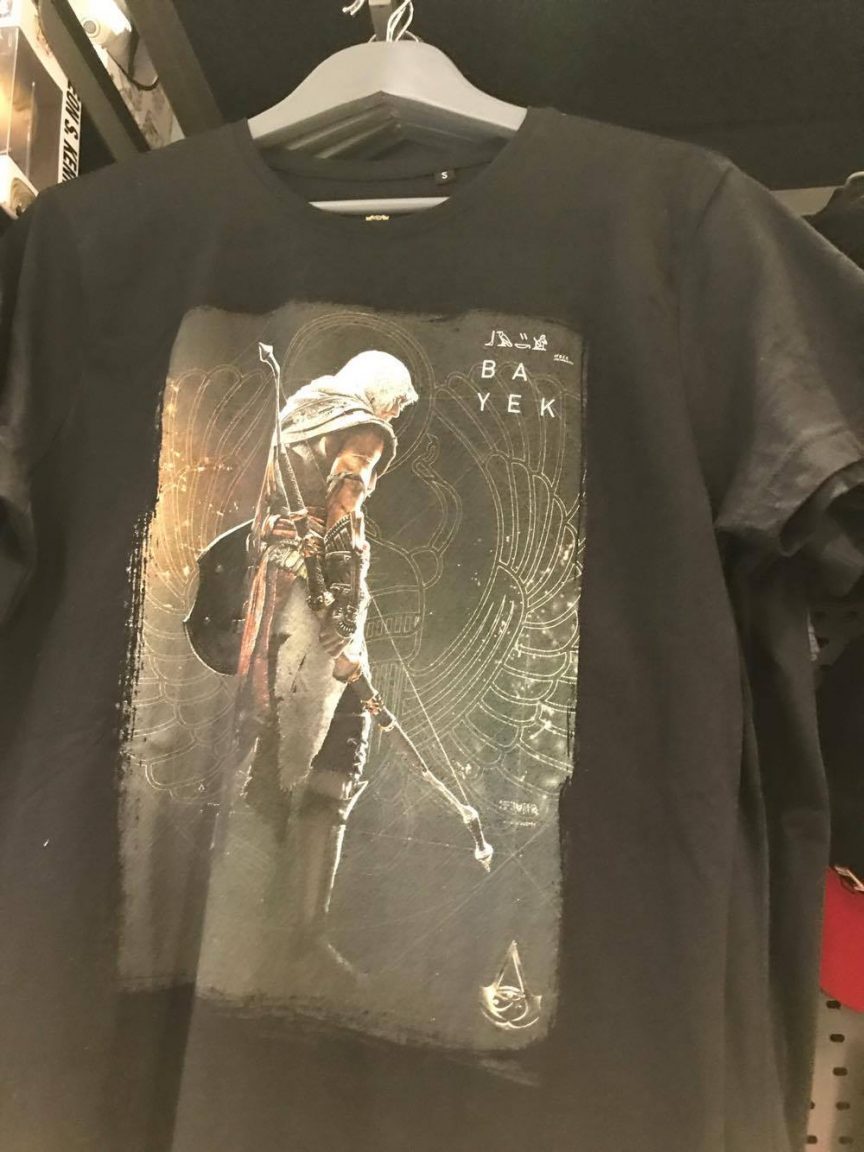 A t-shirt seen hanging in a GameStop store seems to confirm the protagonist of the next Assassin’s Creed game, Origins.

The Assassin’s Creed: Origins t-shirt was posted on the Assassin’s Creed Facebook fanpage The Truth Animus (thanks, PCgamesN) by one of it community members. Which GameStop location that had this out on the rack wasn’t provided.

Until something is confirmed though, despite how real the shirt may look, keep it filed away as a rumor.

Originally said to be titled Assassin’s Creed Empire, the game is said to be set in Egypt. It is slated to be revealed at E3 in a few weeks, and more rumors state it will contain a “a vast open world” chronicling the origin of the Assassin’s guild.

Assassin’s Creed: Origins is also said to be the largest game in the franchise, to date.

Boats and naval combat will be included, per an image of such leaking earlier this month. The fella shown on the boat in the image looks similar to anotherleaked screenshot of the game from February, and both resemble the man on the t-shirt. The latter also mentions the purported name of the protagonist, BA Yek.

So, within the next year we can expect the new Assassin’s Creed – but, a fall release is expected to be announced during Ubisoft’s E3 2017 presentation. Note we said “expected,” not confirmed.