A definitive version of a classic, though its new content leaves much to be desired. 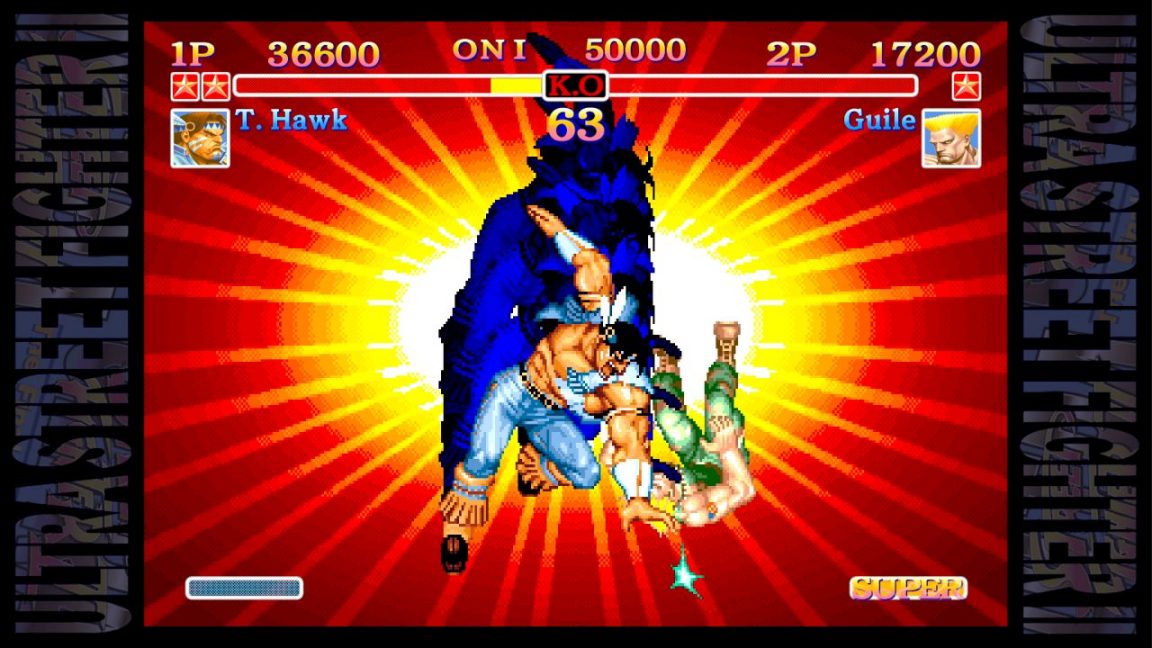 When Ultra Street Fighter 2 was announced, I was incredulous. Most of that feeling came from the price: At $39.99 / £34.99, this is an expensive proposition for what is a spruced up version of a very old game.

I’m pleased to report that after a few weeks of tinkering with it here and there and a multiplayer-focused round robin beer-and-tournament night with friends, I’m content: Ultra Street Fighter 2 is good, and worthy of the Street Fighter 2 name. It’s still too bloody expensive, though.

The basis for Ultra Street Fighter 2’s content is the nearly decade-old release of Super Street Fighter II Turbo HD Remix – a mouthful, but a classic rerelease of SF2 from the days when Xbox Live Arcade was really hitting its stride. I want to note here that on launch HD Remix was $15 – so keep that in mind as I describe the rest of the USF2 package. 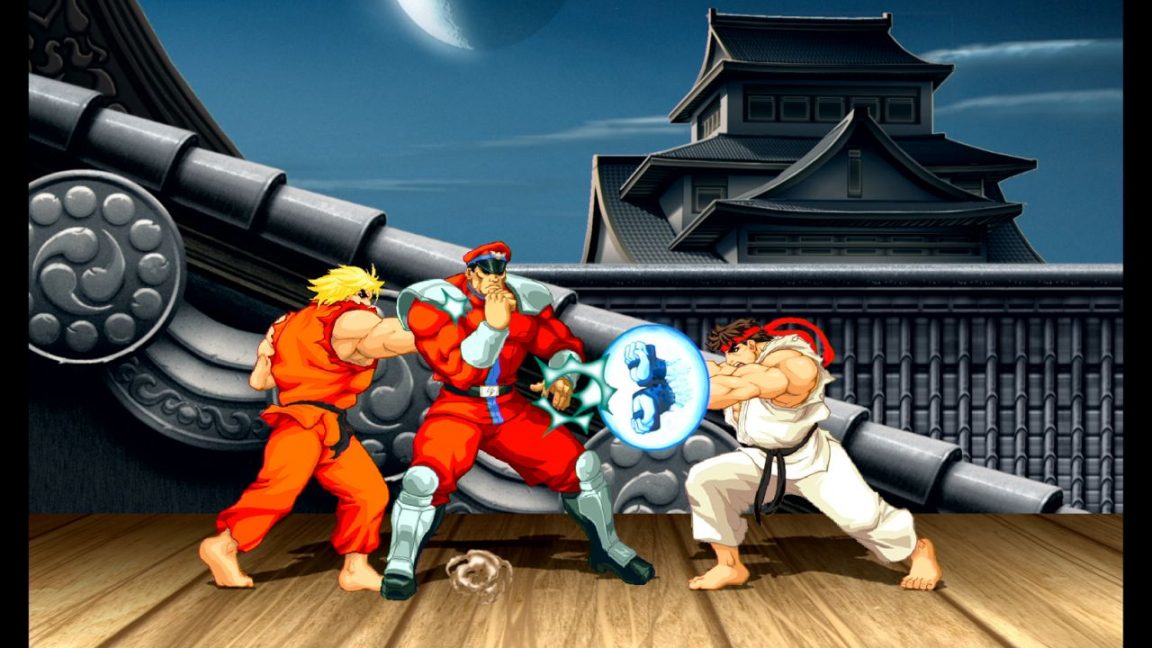 Borrowed from HD Remix is the painstakingly redrawn sprite artwork of the entire cast of SF2. This stuff looks as good as it did then: it’s beautiful and lovingly recreated with a startling pixel-perfect accuracy necessary to prevent the balance of the game from being upset.

Some love this style and others despise it, but the good news is that you can switch back and forth between this new artwork and the classic sprite work found in the arcade and on classic consoles.

The same is true of music and even voices – the cast’s attack sound clips rerecorded by the current SF4 and SF5 voice actors, but if you want the compressed old sounds you can have them. Strangely you can only have classic music with classic voices or new music with new voices – you can’t mix and match, not that it’s a big deal. 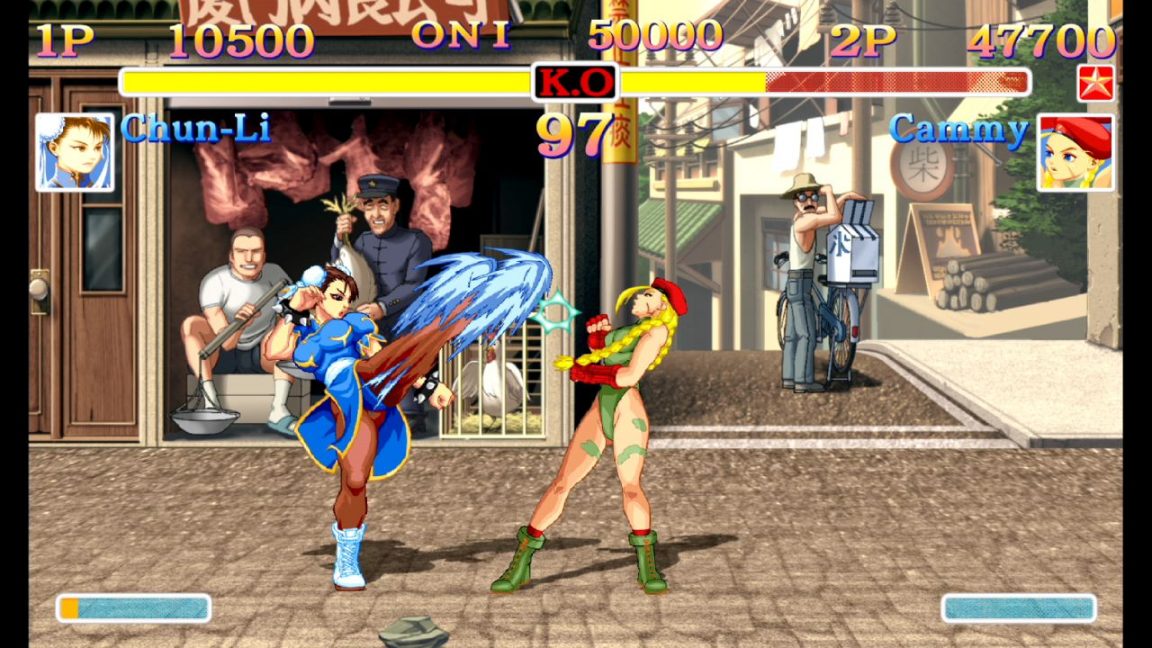 There’s a basic arcade mode, a two players versus AI ‘buddy battle’ mode, player vs player and player vs CPU versus modes and a training mode. It’s a solid single-player offering that would make the launch version of Street Fighter 5 blush (though it’s no Injustice 2), and the only major thing missing from the SF2 pantheon are the car smashing and barrel busting mini-games.

This basic package is great, and Street Fighter 2 seems perfect for the Switch. It’s a classic 90s game that people fondly remember and recognise, and its six-button layout means that while you wouldn’t want to run a tournament that way you can absolutely play the game casually with joy-cons when the Switch is in portable mode.

Huddling around that screen is perfect for two players in a game like SF2, and in recent weeks my mind has began to wander, hopeful that Capcom and Nintendo might partner up to port over SF3: Third Strike and Ultra Street Fighter 4. They’d be perfect too.

One of my favourite new features is the colour editor, a simple little addition that lets you palette swap characters with ease using an RGB colour array. You can have up to ten custom colours per character and these work on both the original and remastered sprites. This is a fantastic little touch. USF2 is full of loving touches like this, like a gallery packed to the rafters with classic SF artwork from all eras of the franchise. 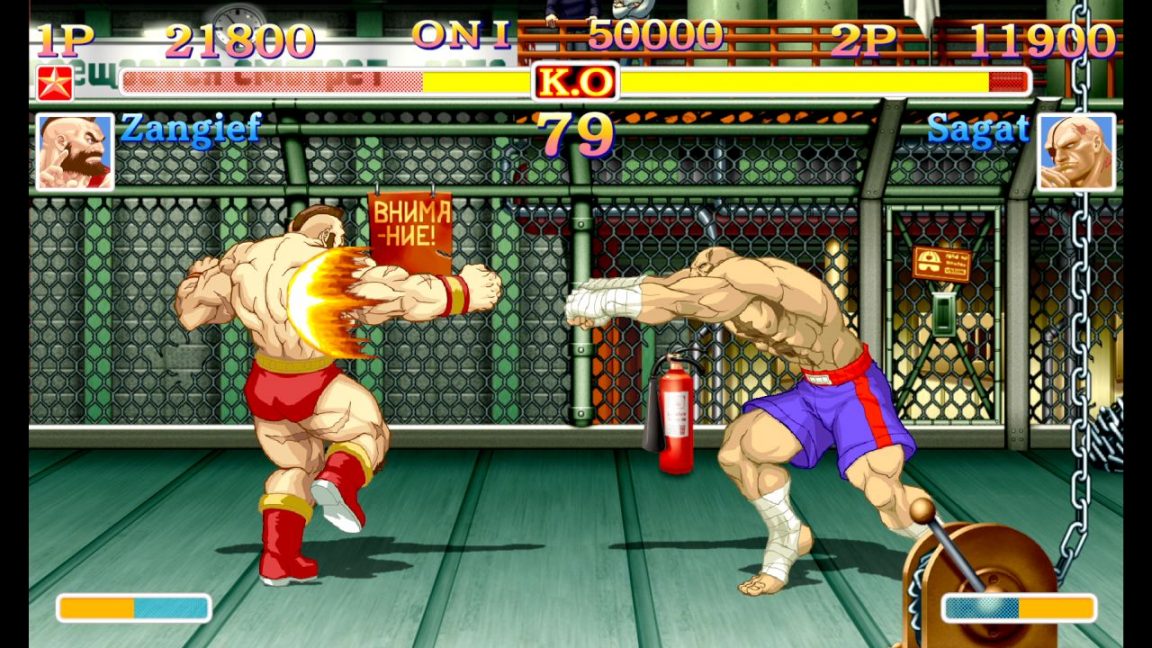 Evil Ryu and Violent Ken are as low-effort as their names suggest. They’re basically recolours of those two characters with a few different moves.

The two major new additions that are easy to advertise and thus have been talked about often are the two new characters and the ‘Way of the Hado’ Switch-exclusive mode. These — well, they’re less impressive.

Evil Ryu and Violent Ken are as low-effort as their names suggest. They’re basically recolours of those two characters with a few different moves like different Supers. Evil Ryu resembles Akuma a lot, and even lacks some moves he was given in SF4. I think I’d rather have had one all-new character than this, or perhaps even a 2D SF2 recreation of a more recent character. Juri would be good in SF2’s style, I think, alas.

While Evil Ryu and Violent Ken offer dubious new original content but are at least competent, Way of the Hado is just actually crap. You unclip the joy-cons and hold them, then the game lets rip with the kind of ill-conceived controller-shaking nonsense that often appeared as cheap Wii-exclusive modes in third party games on that console.

You’re basically in a 3D area that cleverly reuses some assets from SF5’s cinematic story mode playing as Ryu from a first-person perspective. One motion performs a fireball, another an uppercut, another a tatsu kick, another blocks, and finally one more for super. Enemies approach and you rock-paper-scissors with the different moves. After a bit you get to fight M. Bison in the same way. I played it twice. It’s absolutely rubbish.

Even with these complaints, however, it’s hard to truly hate on Ultra Street Fighter 2. If we ignore the dubious quality of the ‘new’ content, the rereleased, polished old content is not just competent – it’s one of the best games ever, and this is one of its best ever packages. The game runs silky smooth, looks great in whatever mode you choose to play it in and comes packing training modes and online ranking systems for if you decide to try to get really good. Hori is even putting out a Switch arcade stick.

The frustration lays in the fact that if its new content were better USF2 would be worth the price and if it were cheaper its basic package would be a must-by. As it stands now, I highly recommend it – but you’d be crazy not to wait for a sale.