Bungie has no plans to bring Destiny 2 to the Nintendo Switch. 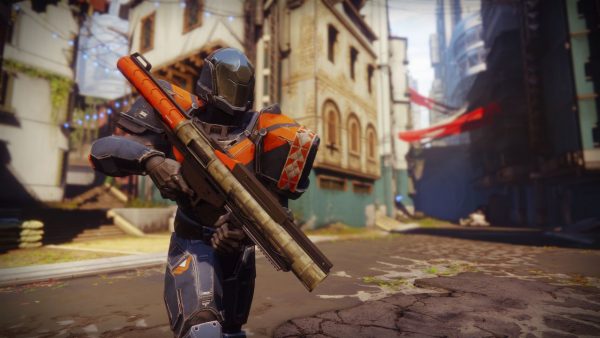 Destiny 2 is not a game you’ll be seeing on the Nintendo Switch, because of the type of game it is and what the Switch is designed for.

After initially saying Bungie has “no announcements to make about the Switch at this time,” Destiny 2 lead Mark Noseworthy told IGN following the gameplay reveal event that it’d be a “pretty unrealistic” expectation.

“I think it’s pretty unrealistic, given we’re an online-only game, right?” he told the site. “The Switch, because it’s a portable – and I love my Switch, I’ve got Breath of the Wild here, I’ve got it with me.

“It’s incredible, I love the console, but in terms of where it’s at, I don’t want leave anyone with the possibility of, like, ‘it’s a thing we’ll consider, maybe next year.’ There’s no plans right now for Switch.”

This sentiment is similar to the one shared by other developers since the console’s launch. Even if you set aside the Switch’s portable nature, considering how the game can only manage 30fps on the much more powerful PS4, and Xbox One, hardware limitations alone would be reason enough for this to never happen.

Destiny 2 releases September 8 on PS4, and Xbox One. We’re still waiting on a release date for the PC version.