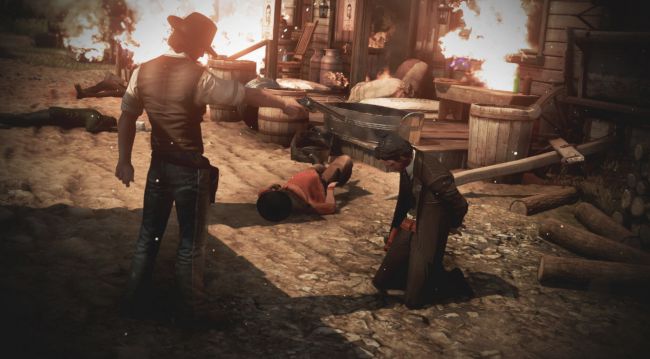 Remember the screenshot of that western-looking game we all thought was Red Dead Redemption 2?

Well it turns out that all of the attention it garnered during the confusion has secured additional funding from the game’s original investors, meaning the developers won’t need to go down the Kickstarter route after all. They won’t have to release the title on Steam’s Early Access programme either.

The report came from PC Gamer who also broke the news that the screens that got everyone in a tizzy were actually for the MMO Wild West Online.

The response to the reveal was described by 612 Games as “overwhelming” and they received “thousands of emails and over 200,000 site visits.”

Speaking to PC Gamer, creative vice president of publisher DJ2, Stephan Bugaj, said, “The community’s response to Wild West Online is something we never imagined and thanks to it we’re able to fully develop a robust Western experience for PC.

“We’ve been fortunate enough to have our initial investors step up and provide additional funding to make the game we wanted, without having to raise money via crowdfunding. Westerns are lacking on PC so we can’t wait to release the game to the public.”

For those who had their eye on the game, the good news is that 612 Games has announced that stretch goals like playable ladies will now be a bog standard feature.

“In addition Wild West Online will now release with its previous stretch goals in place at launch, including female characters, rich role-playing and social activities such as card games, and localization.”

Post-launch content and gameplay features are also being planned “as part of several expansions in order to continue delivering the ultimate Wild West experience on PC.”