Boost your stock of rock-type Pokemon.

If you’ve been crying out for more rock-type Pokemon, then Pokemon Go gatekeepers Niantic Labs have some great news for you: their latest event, Adventure Week, will fill that hole in your soul by providing a slew of rock-type Pokemon for you to catch and train. The adventure week rock Pokemon event is running now.

The previous event took place last weekend and saw and abundance of Grass-type Pokemon running around in the wild. 290 million Grass-types were collectively caught by Pokemon GO teams.

The adventure week event has a similar format to the previous grass-type Pokemon event in that trainers will find rock Pokemon more frequently in the wild. On top of that, there’ll be bonuses for doing all the things you normally do in the game. Buddy Pokemon will find candy four times as fast as usual, every PokeStop visited will offer bonus items, and there’s also discounts in the in-game shop.

If you’re just getting started with Pokemon GO, here’s some tips, tricks, cheats and more to help you become a Pokemon Master.

Let’s get into what the rock event includes in detail:

Just so you’re aware, the rock event in Pokemon Go begins on Thursday May 18th – so if you’re reading this, it’s, well, already started. It ends on Thursday May 25th, however – and you should be aware of what time it ends:

You’ll want to make sure all your rock-type goodness is done and dusted by then.

Pokemon to look out for during this rock event including Aerodactyl

There are several Pokemon who will become more plentiful during the event, and though it’s very likely that all rock-types in general will become more common, Niantic has confirmed a few that you will definitely see more in this rock event. These are:

Notable here is Aerodactyl – a generally very rare Pokemon that is extremely hard to come by. You should keep an eye out for one of these and go crazy with the berries and your higher-level Pokeballs if you have an opportunity to catch one – it’s the prize Pokemon of this event, to be sure.

Larvitar is also a notable addition for this event. It’s a generally rare Pokemon, but more interesting is the fact that it eventually can be evolved into Pupitar and then Tyranitar. Here’s the kicker: Tyranitar is without a doubt one of the best Pokemon in the game, and is ranked consistently high on our best Pokemon list. It also has access to some of the best moves in Pokemon Go. If you have the opportunity to farm Larvitar and then evolve it all the way to its top form, do so.

Onix is more common in this event, and while it isn’t that good on its own it does evolve into Steelix. Steelix is hands-down one of the best defensive Pokemon in the game, placing second in the overall ranking of defensive stats and 11th in our overall stat rankings. Again, if you have the chance to farm Onix do so, get that candy, then grab a metal coat item to evolve it into Steelix.

Rhyhorn is another useful rock-type featured in this event with a useful evolution: Rhydon. Rhydon can be used as a particularly effective attacker with the right move set. The same is true of Geodude and its evolution, Golem. 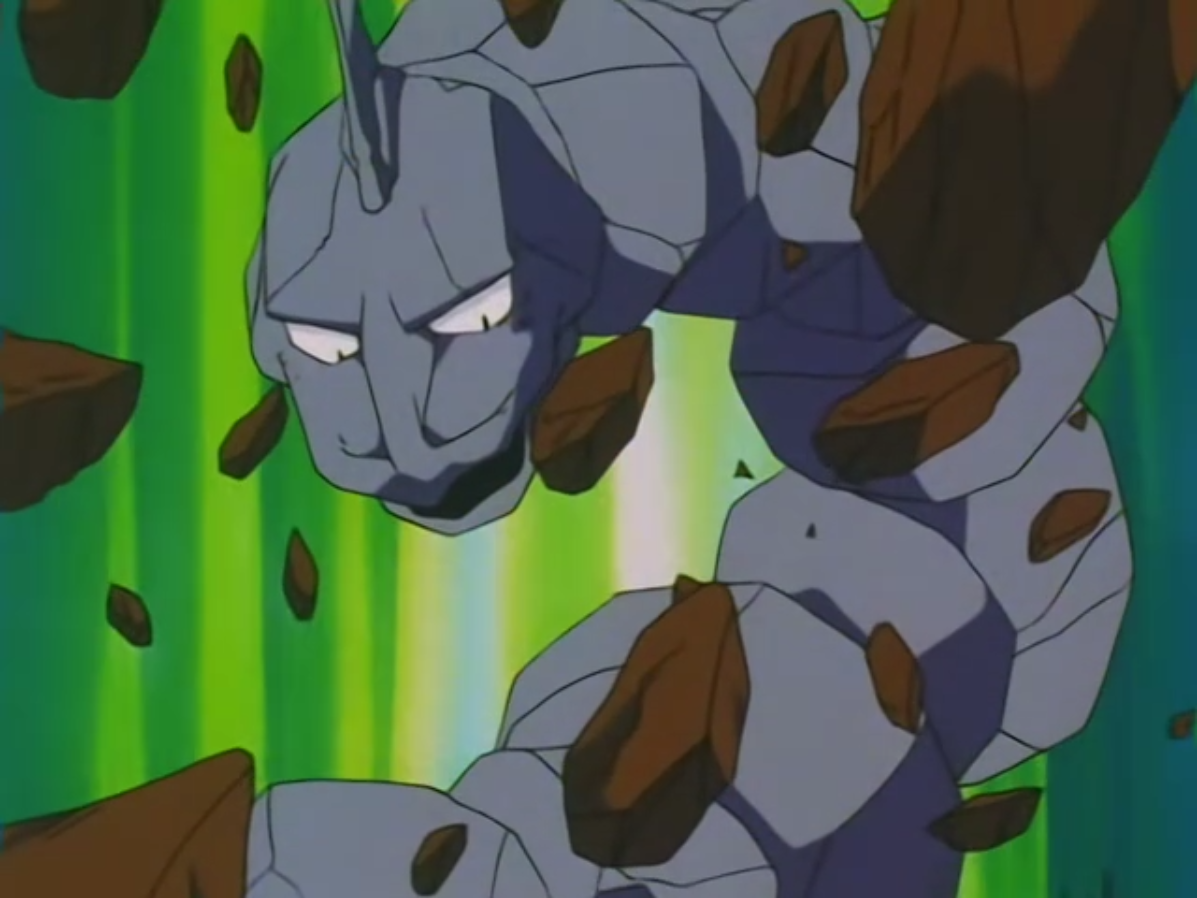 As well as the Pokemon spawn bonuses, you’ll also find Pokemon Go’s rock event has some non-rock bonuses in store for you…

Remember, Adventure Week runs through May 25, ending at the times listed above. Good luck, trainers!