Black Ops 3 Zombies Chronicles gathers together some of the best Call of Duty experiences to date – but how much will you pay to play them again? 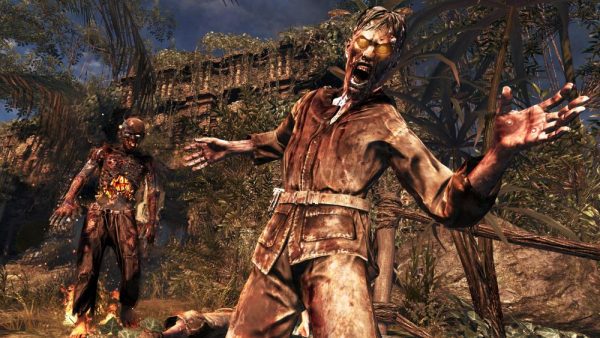 ivered an authentic Zombies experience. The only problem is that experience is a little too familiar to be worth half the price of a brand-new, triple-A game

It’s no exaggeration to say Zombies is one of Call of Duty’s most popular features. First introduced as a hidden mode in World at War, Treyarch’s side project quickly took the gaming world by storm. Today, Zombies is a staple of all Call of Duty releases, with most of Treyarch’s contributions standing well above the rest. Yet with 23 maps scattered across four games and multiple DLC packs, playing every Treyarch map is an expensive prospect.

Enter Zombies Chronicles. This downloadable pack for Call of Duty: Black Ops 3 remasters several classic Zombies maps from World at War, Black Ops, and Black Ops 2 for modern console owners. If purchased alongside the pre-existing Season Pass, it raises the number of Black Ops 3 zombies maps to 14, the largest collection in the entire franchise.

Is that worth the $29.99 price tag? To its credit, all the heart-pumping action which made zombie mode so thrilling is as strong as ever, complete with small mechanical tweaks which allow for new strategies. That being said, these remastered maps barely change from the originals – not living up to previous efforts like Treyarch’s 2015 “The Giant” remake, which offered a fresh context with new dialogue and cinematics. In the end, Zombies Chronicles is best for players who never played the original versions, while long-time fans may want to consider waiting for a sale. 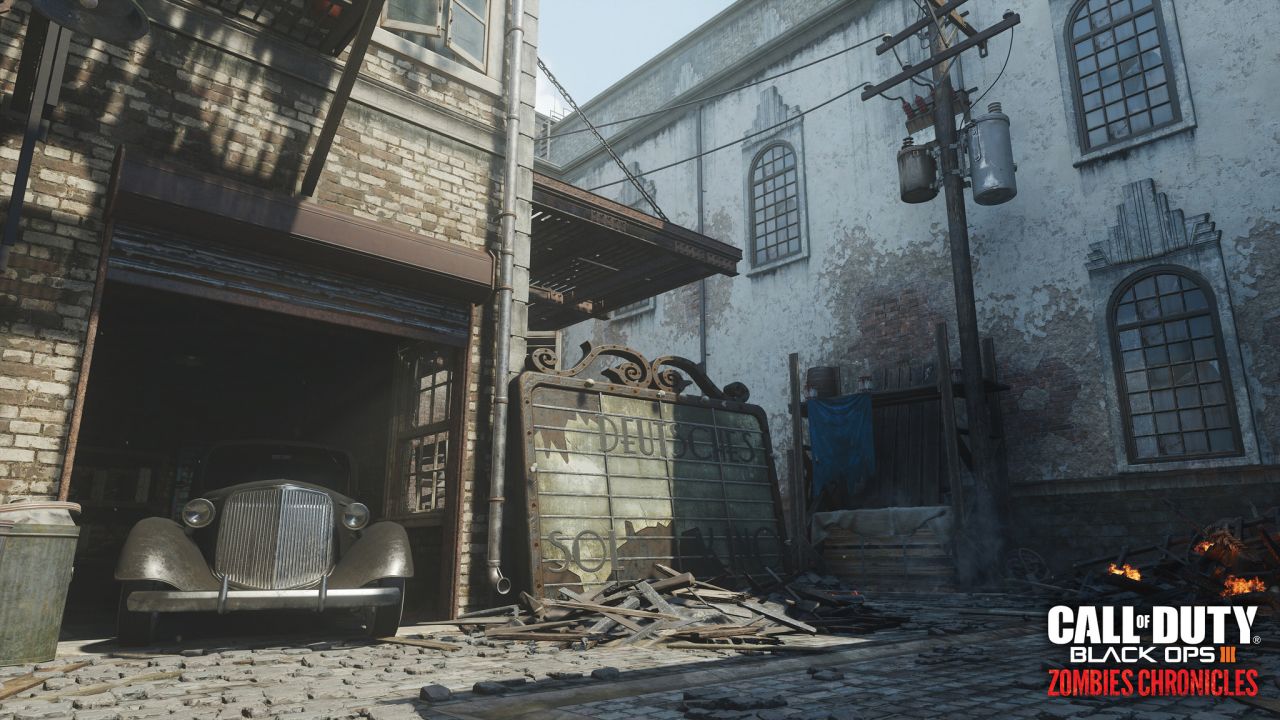 If you’ve never played Zombies before, the basics are still easy to grasp: up to four players are trapped in a ruined location during a zombie outbreak, and must survive as long as possible before an inevitable death. Along the way, players earn points from killing zombies and repairing barricades, which can be used to obtain weapons, activate traps, and open doors to new areas of the map. Each map also contains Perk Bottle machines which boost your stats, and a Mystery Box which could give you the most powerful weapon in the game – or a meagre replacement pistol.

Surviving as long as possible is the obvious goal, but some maps also have story-focused Easter eggs. In Shangri La, the heroes can travel through time to obtain a rare artifact. In Moon, Richtofen can betray his teammates to take command of the zombie hordes. Origins was one of the first zombie maps players could actually finish without dying by freeing a young girl from her interdimensional prison. Like the original maps, these details are hidden in background for enterprising players to seek out. Sadly, there’s nothing fresh for long-time fans on this front – not even a few new cinematics – but new players curious about the Zombies backstory can finally explore it for themselves. 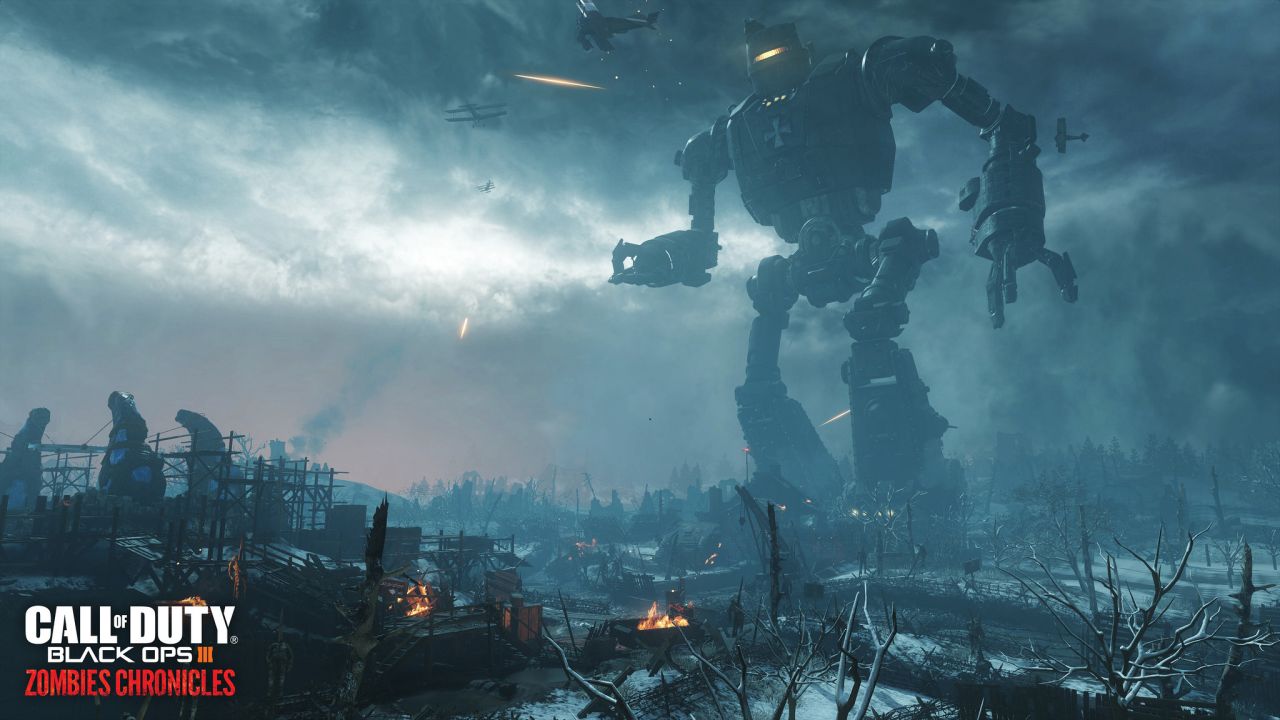 Yet be warned: Finishing a single Zombies Chronicles Easter egg is a notoriously difficult, multi-step process. You’ll have to master the unique features of an individual map, then solve a series of mind-breaking puzzles which barely advertise their presence. At one point, you might be hunting down small buttons that have materialized on the walls. At other points, you might be translating base-3 and base-4 numerical symbols. Thankfully, the Easter eggs themselves seem to be unchanged from their original versions, so any classic walkthrough can be used as a guide. I promise you, there is absolutely no shame in using them here.

On a structural level, each of the eight maps is identical to their original versions. After all, Zombies Chronicles isn’t about remaking what worked, but updating that experience for a modern systems. All of your favorite defense points and escape routes are still here, albeit with a fresh coat of paint. And it’s to Treyarch’s credit that this gameplay tends to hold up remarkable well, whether playing solo or teaming up with other players. 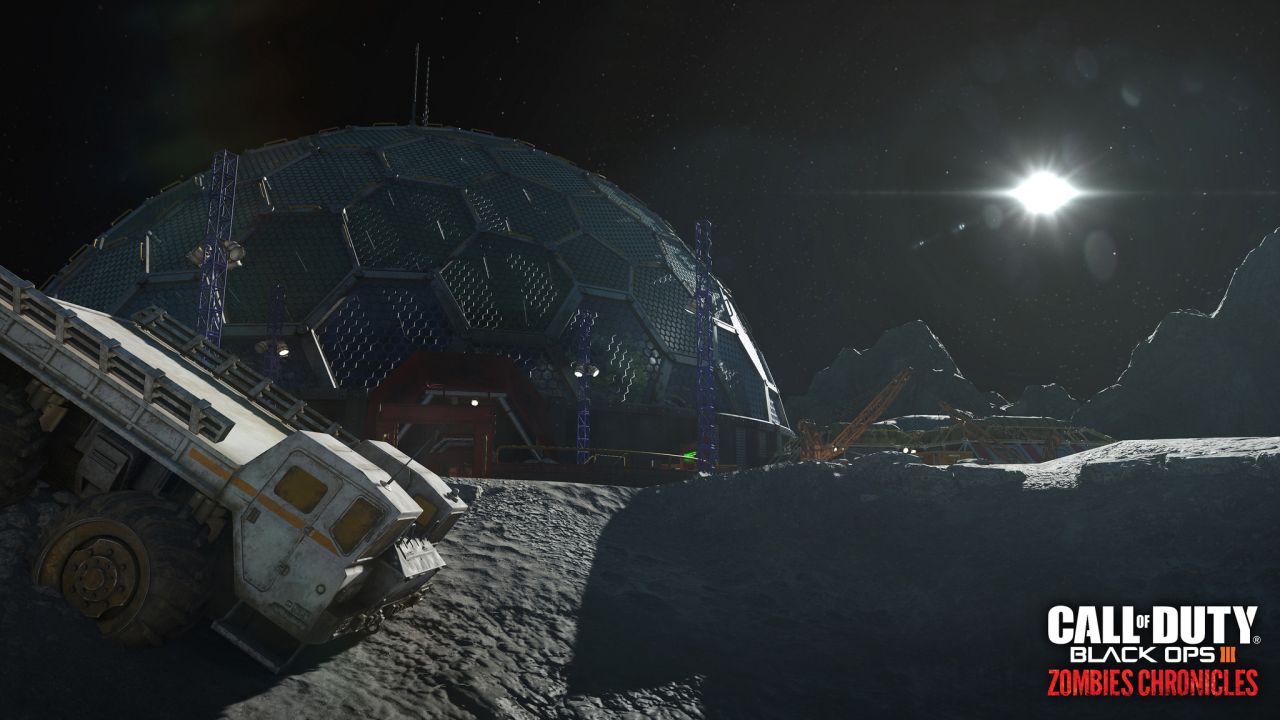 Where map changes do exist, it’s largely in tweaking classic Zombies gameplay to fit Black Ops 3. For example, almost all historical weapons have been replaced with Call of Duty’s modern firearms – which is a little jarring in the historical setting maps. Returning players will need to tweak their strategies since favorite guns may no longer be available, but it’s a minor change once you get used to it. Treyarch also included the Wunderfizz machines – essentially a Mystery Box for perk bottles – so you can avoid the expensive machines if you choose.

However the biggest shift is the addition of GobbleGum machines to all maps. First introduced in Black Ops 3, GobbleGum are consumable items which provide various bonuses and abilities whenever the machine is activated. Your personal loadout might automatically upgrade weapons, award every perk bottle on the map, or do something completely silly – like replace zombie death sounds with clown honks and sound effects. Whatever your preference, the effects range from the powerful to whimsical, allowing for drastic changes to even the most familiar map. 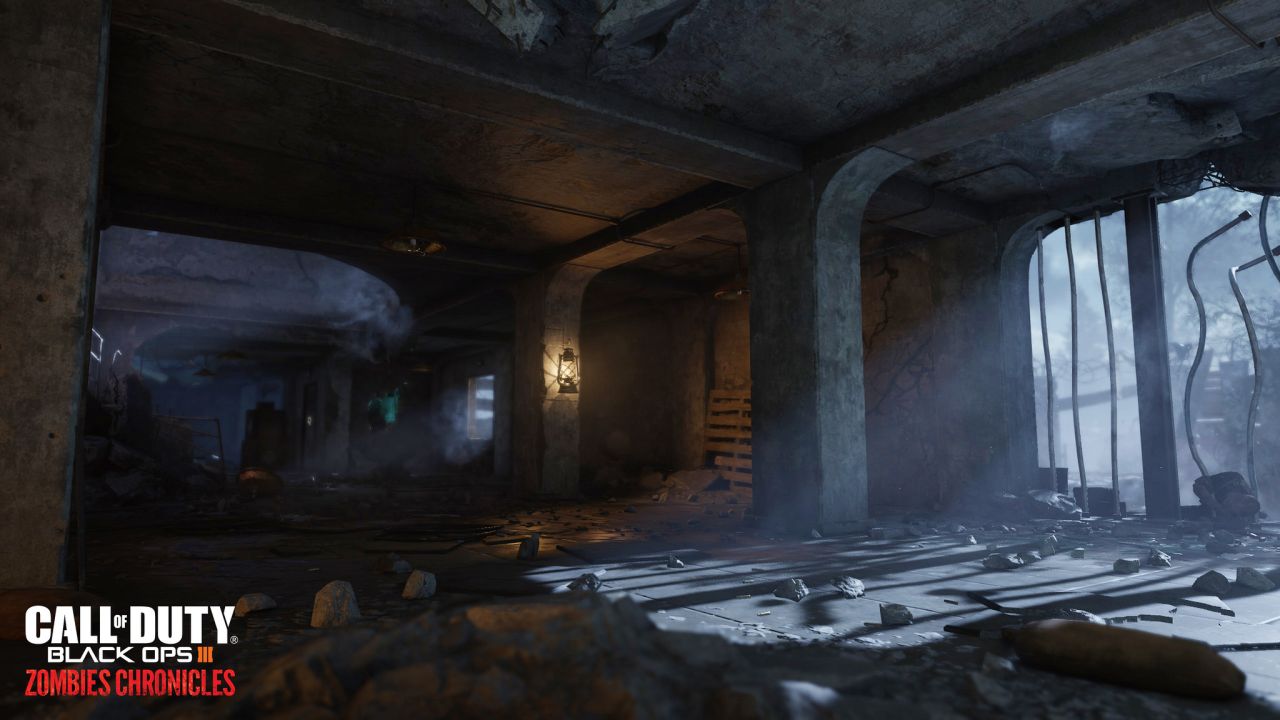 While visual upgrades are expected from remasters – especially on maps from 2008 – Treyarch has done an impressive job on this front. Kino der Toten’s ruined theater is more colorful than ever. Nacht der Untoten’s shadows are more imposing. The jungles of Shi no Numa and Shangri La are fresh and vibrant. Even the trenches of Origins look threatening, making the damp mud that slowed your movement in Black Ops 2 look like it could actually pull you under.

Kino der Toten’s ruined theater is more colorful than ever. Nacht der Untoten’s shadows are more imposing. The jungles of Shi no Numa and Shangri La are fresh and vibrant. Even the trenches of Origins look threatening.

That being said, not all visuals changes make the map more engaging. Take Ascension, set on a Cold War-era rocket pad. The original opened with stark, black-and-white visuals, switching to color only when players activated a power switch. While Zombies Chronicles mutes most colours, hints of red and blue permeate the entire map. This completely spoils the 60s-themed television effect, causing everything to look bland without a clear visual reference. While gameplay on the map is still fun, change for change’s sake shouldn’t have applied here.

Origins suffers from this mentality as well. While most of the enhanced visuals are welcome, Treyarch went a little overboard on advanced lighting. The contrast between dark rooms and bright trenches is incredibly strong, creating an effect of your eyes adjusting when you enter or exit a room. The problem is, the effect is so strong I once felt physically ill from quickly moving back-and-forth between rooms. Eventually I adjusted, but it was a recurring annoyance on what was once my favorite Zombies map. 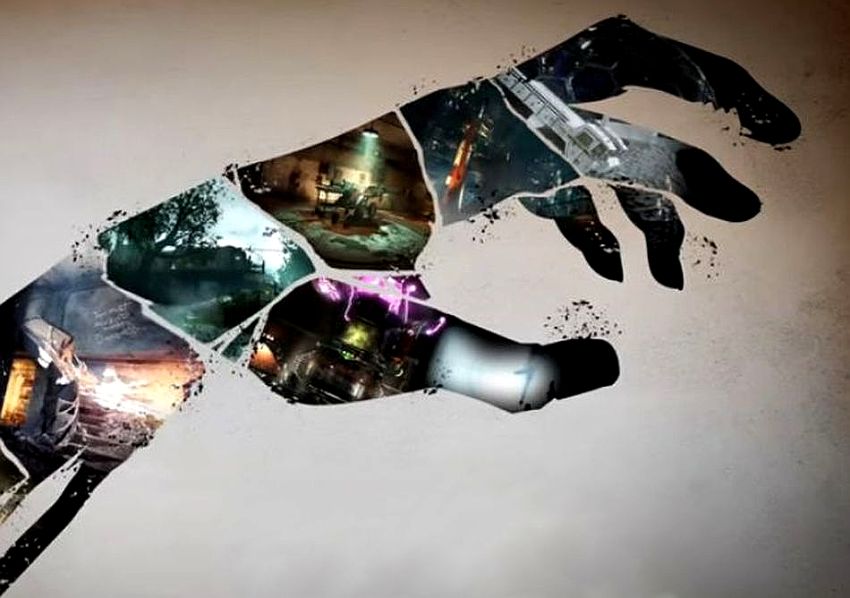 All the same, I can’t deny the fun of these classic zombie maps is still here. Whether riding on Shangri La’s mine carts with friends, sniping zombie heads in Verruckt, or simply making a solo run on Nacht der Untoten, the appeal is still here. Despite any changes, Treyarch has delivered an authentic Zombies experience, right down to using the original loading screens and featuring classic hero and zombie models in each map.

The only real problem is that experience is a little too familiar to be worth half the price of a brand-new, triple-A game. But if you’re picking this up as a sale – or as a likely inevitable bundle pack? That’s when you’ll want to kill these zombies all over again.